Deadly Flu Virus Sent to Labs Worldwide | News and current affairs from Germany and around the world | DW | 14.04.2005

A lethal virus that was mistakenly sent to labs in Europe and around the world has left health authorities shaking their heads and asking, how could this happen? 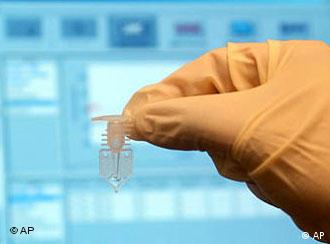 Laboratories worldwide scrambled Wednesday to destroy samples of a virus that killed up to four million people in the late 1950s and whose distribution by a US company sparked a World Health Organization alert.

US health officials said samples of the H2N2 influenza virus were mistakenly sent to thousands of labs in 18 countries -- including Germany -- but authorities downplayed the risk of anyone being infected and reported that no infections had been detected.

Still, officials ordered labs to destroy the samples as quickly as possible in order to avoid a major disaster.

"There is a slim but a real risk that this could spark a pandemic," said Maria Cheng, a spokeswoman for the Geneva-based WHO, explaining that many people around the world would have no protection if the virus were ever released from the high-security labs. 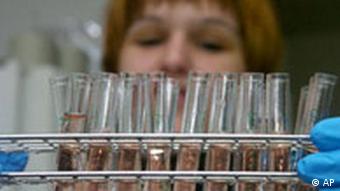 The virus killed between one million and four million people worldwide during the Asian influenza pandemic of 1957-58 before disappearing in 1968.

The WHO warned in a statement on Tuesday that people born after 1968 would probably have no or only limited immunity to the strain, which is not contained in current influenza vaccines.

The sent samples were included in kits used to regularly test the ability of laboratories to identify strains of the flu virus. Ninety percent of the laboratories that received the kits were in North America.

So far, laboratories in Canada, Hong Kong, Singapore and South Korea have destroyed all the H2N2 samples they received, the WHO said. Health officials in Taiwan, Brazil, Chile and Mexico later reported that labs in their countries had destroyed the samples. Japan said it ordered nine labs to destroy theirs.

Dan Rutz, spokesman for the US Centers for Disease Control and Prevention (CDC), said the samples were sent to more than 6,400 labs, most of them in the United States.

Labs must report back in 24 hours to advise that the samples have been destroyed, Rutz said. "CDC is in contact with all the labs and advising them that the virus is potentially dangerous, and we are giving them instructions how to destroy it," he said.

CDC director Julie Gerberding said the samples were "inadvertently" sent by the College of American Pathologists (CAP), a US-based private organization, and "three or four" other organizations responsible for testing the proficiency of the world's laboratories. The tests consist of having the labs identify the organisms they receive.

But the CAP said a contractor, Meridian Bioscience Inc. of Cincinnati, Ohio, was responsible for sending the samples in October 2004 and February 2005.

"Meridian distributed the specimens on behalf of the college and three other PT (proficiency testing) providers, the Medical Lab Evaluators, the American Association of Bioanalysts and the American Association of Family Practitioners," the college said in a statement. "It is against CAP policy to use micro-organisms or other materials associated with a risk of potentially causing harm in its proficiency testing products," the college said.

CAP spokesman Jared Schwartz said: "We under no circumstances would ever vouch for an H2N2 to be sent out."

No one in the United States has been found to carry the virus, Gerberding said.

"We are not anticipating that there's an occult H2N2 flu circulating in the community because by now we would have been able to detect it," she said. "While the risk of the situation is very low, we're not taking any chances, and we are doing everything we can to make sure that there's no threat to human health."

"The risk for the general population is also considered low." There have been no reports of accidental infection among laboratory workers, the WHO added.

The WHO's top flu expert, Klaus Stohr, said all the samples were expected to be destroyed by Friday.

The alarm was first raised by Canada's National Microbiology Laboratory after it detected H2N2 virus in a sample on March 25, leading to an alert issued by US authorities through the College of American Pathologists on April 8.

A public announcement about the distribution of the virus had been delayed until destruction was well under way to prevent it falling into the hands of terrorists, Stohr said.

"There is a biosecurity risk and we did not want to arouse interest in a way that could provide access to others," he said.

How Much of a Threat is Bioterrorism?

Bioterrorism is seen as a real threat in today's world. But for an attack to cause significant damage, pathogens are needed that are effective even when spread over a large area. That requirement is hard to meet. (March 1, 2005)

Following the outbreak of the virulent SARS virus, the European Union plans to tighten its health structures by setting up a central authority to better coordinate European efforts in dealing with future epidemics. (April 8, 2003)

German researchers have developed a new treatment for HIV, the virus that causes AIDS. It is not a cure, but stops the virus from multiplying and is effective against strains that have become resistant to treatment. (Jan. 4, 2005)