DDT 2021: Deutsche Welle promotes and celebrates diversity in the workplace

Together with all ARD stations, DW invites you to the virtual German Diversity Day (DDT) on Tuesday, May 18 on the website ard.de/diversity and in their programming. 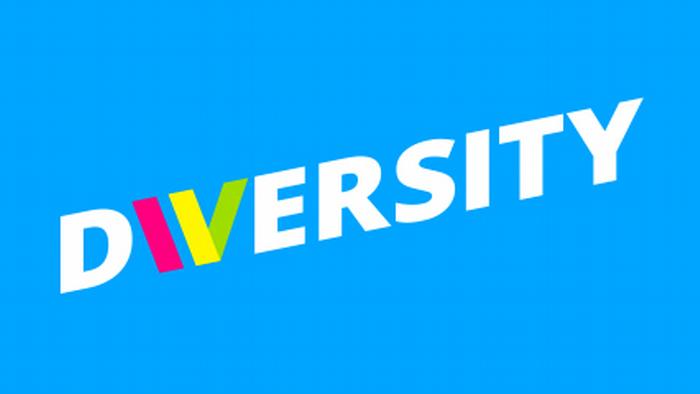 The media outlets will present their diversity visions, strategies and activities through a mix of pre-recorded and live productions. The aim is to actively strengthen equal opportunities, tolerance and inclusion in the workplace.

Multiculturalism and diversity have been at the heart of DW's work for 68 years, with a soon-to-be-reached 32 language portfolio and employees representing over 140 nationalities. In 2019, DW established a diversity management led by Zahra Nedjabat, which sets ambitious goals for the company, develops concepts and follows up on their implementation. Since 2011, DW has been a member of Charta der Vielfalt e. V., the initiator of the annual German Diversity Day.

DW Head of International Relations and Diversity Zahra Nedjabat: "We want to get to know the needs of all DW employees in terms of their different backgrounds and understand where our activities should start and which points we need to focus on. As a first step, we are organizing internal information sessions and trainings in order to challenge our personal unconscious biases. We want to break through barriers of privilege and power and communicate with each other openly and respectfully."

Diversity around the clock

DW's visitor service will take the DDT audience on a virtual tour of the broadcaster’s headquarters in Bonn and Berlin, offer insights into an international media organization and introduce employees from different departments. The informative and entertaining tour is particularly aimed at potential employees. Registration is required for this part of the DDT, which will be held in English from 11:15 a.m. to 12:15 p.m. (CEST) on May 18. Please register here.

In a special edition of DW's internal talk format Perspektiv:Wechsel (Change of Perspective), Director General Peter Limbourg and staff will discuss the media’s responsibility to promote diversity and inclusion in their reporting. The session will take place at 5:15 p.m. (CEST). Please register here.

In addition to these events, DW's German-language TV channel will broadcast numerous documentaries, magazines and talk shows for 24 hours on May 18, starting at 10 a.m. (CEST). The different formats will address different diversity aspects such as disability, age discrimination, social origin, intersexuality and homophobia and focus on the significant personal experiences of people who feel discriminated against in their professional or private life.

The audience gets to know people with physical and mental impairments, senior citizens who are forced to take legal action in the fight for a dignified retirement and women who assert themselves in so-called "men's jobs."

TV magazine Global 3000 will look at women in Bolivia who are both tradition-conscious and cosmopolitan. The women who skateboard in indigenous clothing have received both praise and harsh criticism. Another production focuses on a new support program for Chinese children who live with their grandparents while their parents are away as migrant workers.

Shift, DW's digitalization program, will report on hostility against minorities on social media. Prejudices and violence are widespread between ethnic and religious or liberal and conservative groups in a society, for example in Myanmar, South Sudan and Europe.

In a special episode, Euromaxx will showcase diversity in Europe, including models from a British talent agency who are conquering the fashion world with their unique looks, and the young German star chef Julia Komp with her female team from Cologne.

Watch the 24-hour program via DW’s live stream or on YouTube.

DDT 2021 will also see the launch of the website dw.com/diversity, where you can find out about DW's strategy, actions and offers on the topic. The English version of the website can be found here as of May 18.