DAX below 9,000 as European shares sink on Iraq, Ukraine concerns

European shares took a dive on Friday amid concerns over a number of international crises. Investors' eyes were on Islamist advances in Iraq, an end to the ceasefire in Gaza and an East-West standoff in Ukraine. 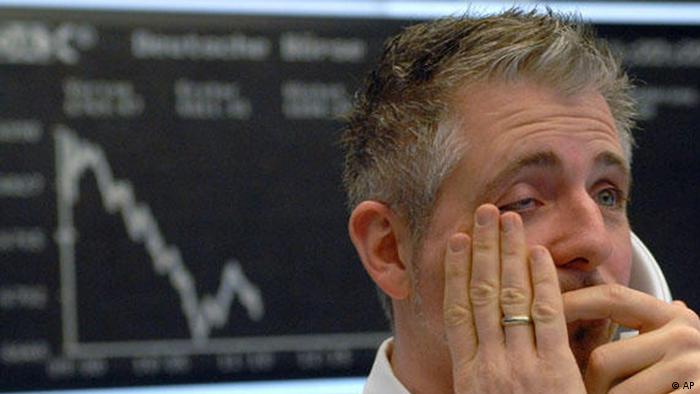 Germany's blue-chip DAX-30 index contracted 1.07 percent to 8,942 points in early morning trading on the Frankfurt Stock Exchange, falling below the symbolic 9,000-point mark for the first time in five months.

The last time the index closed below 9,000 points was in October 2013. In June this year, it closed for the first time over 10,000 points, another important threshold.

Investors feared protracted conflicts in Ukraine and the Middle East could put the brakes on global growth - a sentiment that has only been reinforced in recent days.

US President Barack Obama said in an address late Thursday that he had authorized air strikes in Iraq to protect a besieged religious minority from extremist Sunni militants.

As those fighters moved closer to strategic oilfields, one company, Afren, suspended output at its Barda Rash facility in Iraqi Kurdistan. It was the first such decision by an oil company active in the region and the closure weighed on shares of London-listed oil.

Earlier in the day, Russia imposed a full embargo on most foodstuffs from the United States, the European Union and other Western states in response to sanctions over Moscow's support of Ukrainian separatists.

Many are worried that an East-West standoff over Ukraine's conflict with pro-Russian rebels would continue to hamper eurozone growth.

The DAX-30, which lists the 30 leading German companies trading on the Frankfurt Stock Exchange, was not the only index to slip on Friday.

Germany's main stock market index has exceeded the psychologically important 10,000-point threshold for the first time today. At the same time, the Euro fell on the back of a rate cut by the European Central Bank. (05.06.2014)