Syria's foreign minister has criticized the UN envoy's comments concerning presidential elections in 18 months. The Syrian government and mainstream opposition coalition confirmed they will be attending talks in Geneva. 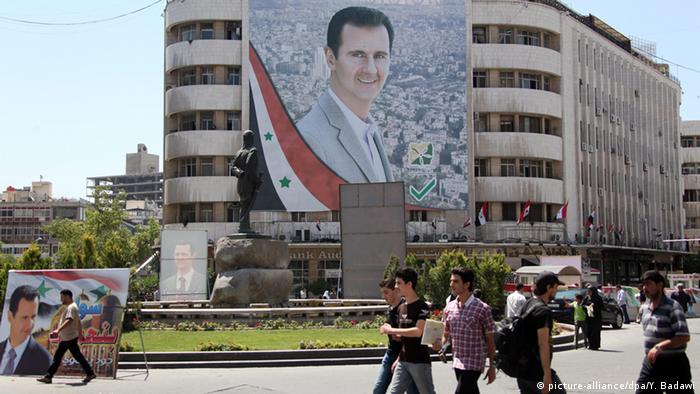 Syrian Foreign Minister Walid al-Moallem on Saturday said Staffan de Mistura, the UN envoy to Syria, does not have the right to speak about presidential elections.

The Saudi-backed HNC has dismissed the "idea of federalism" in Syria, calling it a prelude to partition. But Moscow and the Kurdish PYD believe it could be key to ending the war.

"Neither he nor anyone else has the right to talk about presidential elections. This is an exclusive right of the Syrian people," al-Moallem said at a press conference in Damascus, according to AFP news agency.

The Syrian foreign minister added that the president's departure from office remains a "red line" for the government ahead of UN-backed negotiations in Geneva.

"We will not talk with anyone who wants to discuss the presidency … Bashar al-Assad is a red line and is the property of the Syrian people," al-Moallem noted.

He added that the Syrian government delegation will wait 24 hours for opposition representatives to arrive in Geneva, and "if no one is there, then we will return" to Damascus.

The mainstream opposition alliance High Negotiations Committee announced on Friday that they will be attending the talks without preconditions, though it urged the "unconditional adherence" to UN resolutions on the conflict.

Talks between warring parties in the five-year conflict broke down in February. However, a fragile ceasefire brokered by the US and Russia has held up despite frequent violations.

More than 250,000 people have died and half the population has been displaced since the conflict erupted in 2011, when government forces violently cracked down on protesters calling for al-Assad's ouster.

Before 'IS' emerged, Syria already had a full-blown civil war