Pierre Cherpin, 52, was taking part in his fourth Dakar rally and underwent neurosurgery after the crash. His death overshadowed the victory by his countryman, Stephane Peterhansel. 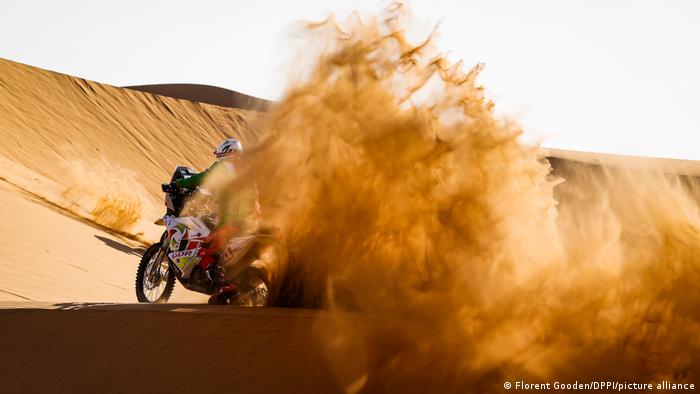 Cherpin, 52, was taking part in his fourth Dakar rally and underwent neurosurgery after he crashed at 178 kilometers (110 miles) per hour on Sunday.. 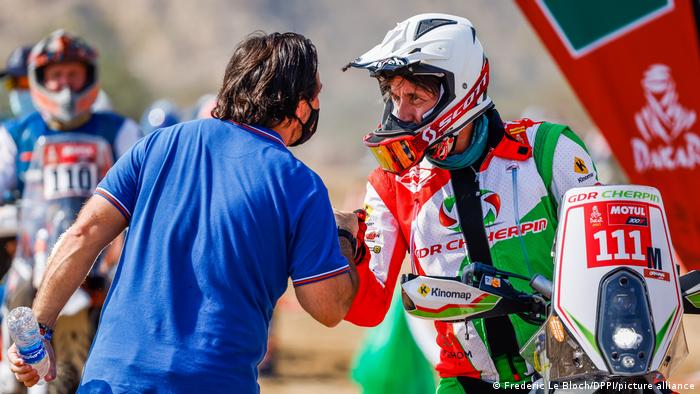 Cherpin (r), 52, died as he was transferred from Saudi Arabia to France.

He was placed in a medically-induced coma in a hospital in Saudi Arabia before being flown to Lille, northern France.

"During his transfer by medical plane from Jeddah to France, Pierre Cherpin died from the injuries caused by his fall," organizers said.

His death is the first of the 2021 Dakar Rally, an annual off-road endurance event where competitors use vehicles including bikes, quads, cars and trucks. 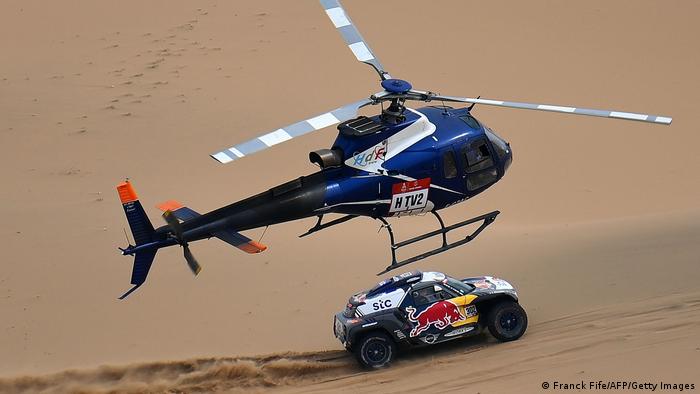 Mini's driver Stephane Peterhansel and his co-driver Edouard Boulanger of France compete in the 2021 Dakar Rally.

The 55-year-old X-Raid Mini driver, nicknamed "Mr Dakar" for his unprecedented success, first won the endurance event on a motorcycle in 1991.

The Frenchman aided by co-pilot Edouard Boulanger, finished ahead of Qatari Nasser al-Attiyah (Toyota), with Spain's Carlos Sainz rounding out the podium in another Mini.

Argentine Kevin Benavides, riding a Honda, won the motorcycle category after the 12th and final stage that ended in Jeddah.

The event started in 1978 as a race from Paris to the Senegalese capital, Dakar.

It moved from Africa for safety reasons in 2009. It is now held entirely in Saudi Arabia after a stint in South America.

Most Germans keen on COVID vaccination passport 9m ago