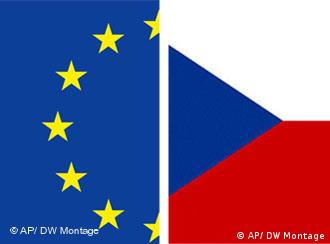 The 200-seat house adjourned the session in a 115-73 vote, at the request of Prime Minister Mirek Topolanek, who had signed the Lisbon Treaty on his country's behalf in December 2007 and has since given it only lukewarm support. The vote is now scheduled to take place on February 17.

The Czech Republic, which presides over the EU until June 30, is the last member state yet to vote on the pact, which has been stalled since Irish voters rejected it in a June 2008 referendum.

If adopted, the treaty would overhaul EU institutions with the aim to streamline decision-making in the enlarged 27- member bloc.

The delay is a victory for the premier, whose center-right Civic Democratic Party already postponed the vote on December 9. The house then took up the accord after Topolanek's party had parked it for seven months at country's Constitutional Court.

When addressing the chamber on Tuesday, Topolanek cited procedural reasons for another delay. 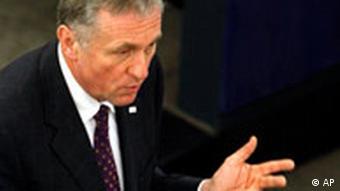 His lawmakers, backed by several independents and junior governing Christian Democrats, joined forces with the opposition Communists to push back the treaty vote.

"Topolanek is not sure if he has the necessary votes. He does not have control over his party," said political scientist Jiri Pehe, who heads New York University's branch in Prague.

The treaty approval could threaten Topolanek's frail government as his party's anti-Lisbon lawmakers could be angered enough to help the opposition with toppling the cabinet, Pehe said.

The Atlanticist premier would also prefer if the house first approved treaties on a US plan to place a missile defense base on Czech soil. He is now awaiting US President Barack Obama's stance on the project in a bid to garner lawmakers' support.

Topolanek recently said that he would like the lower house to approve the Lisbon Treaty by the end of February but analysts do not consider such assertions credible after the repeated delays.

While the premier has been holding up the vote on the home turf, the Czech presidency of the EU is tasked with talking to Dublin about conditions for overturning the Irish rejection.

Ireland was the only member state to put the pact to a public vote. The remaining 25 members passed the accord in votes by their parliaments.

The ratification process has not been completed in Germany and Poland, whose presidents are yet to sign the accord.

In the Czech Republic, Topolanek's party has dragged out the treaty's ratification process since April when his senators asked the Constitutional Court to review pact's compatibility with Czech law.

The court ruled on November 26 that the pact is "not at odds" with the nation's constitution, opening way for voting in the bicameral parliament.

Both houses adjourned the debate on the Lisbon Treaty in December. The Senate is expected to take it up again in March. A three-fifths majority of present senators will be needed to approve the pact in the 81-seat upper house.

President Vaclav Klaus, who strongly opposes the pact as a bad deal for small EU members and a threat to country's sovereignty, said earlier that he would ink the accord only if Ireland reversed its No vote.

Even if the charter clears both houses, the ratification process could be further delayed as the president or a group of lawmakers could ask the top court for another review.

Several Klaus followers among the senators for Topolanek's party said they are considering the move.

With the economic recession raising fears about Ireland's status in Europe, a new opinion poll shows most Irish people would vote to back the EU's Lisbon Treaty if a second referendum was held this year. (02.02.2009)

For the first six months of 2009, Prague will set the agenda for the European Union. It looks to be a tough tenure as the EU struggles to deal with renewed conflict in the Mideast and faces its worst economic crisis in decades. (01.01.2009)

The Czech Republic took over the European Union presidency on Jan. 1 from France. Czech Foreign Minister Karel Schwarzenberg spoke with DW about his country's intentions for its EU presidency. (16.12.2008)