Czech commuters get a cold reception on Bavarian border

Bavaria has closed its border to the Czech Republic and Austria to stem the spread of new, contagious coronavirus variants. DW's Bernd Riegert traveled to the region to see how the controversial decision is playing out. 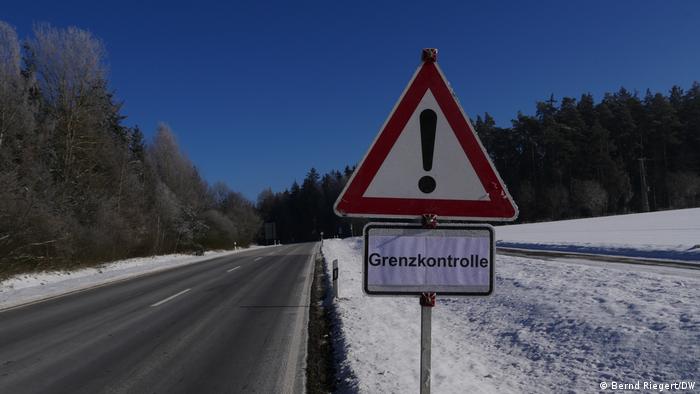 Bavaria has closed its borders to contain the new virus variants

But this is no winter wonderland. German municipalities along the Czech border have recorded seven-day coronavirus incidence rates of over 300 cases per 100,000 residents —the highest in the entire country.

The situation is even more serious across the border in the Czech Republic. With incidence rates of over 1,000 cases, State Premier Markus Söder opted on February 14 to shut Bavaria's border with the neighboring EU member state.

"We have [coronavirus infection] hotspots directly along the border," said Söder, who visited Bavaria's Schirnding border crossing the day the border closed. "We had to respond."

For now, lorry drivers, medical personnel and individuals working in essential sectors are the only ones still permitted to cross into Bavaria — provided they have tested negative for COVID-19. 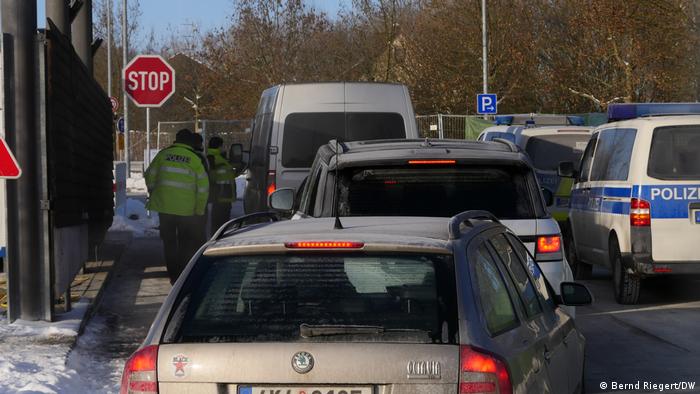 The new restrictions are bad news for commuters

Some 2,000 individuals were refused entry to Bavaria on the first day of the partial border closure, German federal police say. Bavaria has imposed similarly strict rules along its border with the Austrian state of Tyrol. The German state of Saxony has also limited cross-border traffic with the Czech Republic.

A senior Bavarian border official told DW that the new rules are working smoothly. Yet she conceded that traffic jams may develop when commuters and lorries are permitted to the cross the border again, and said that working around the clock in sub-zero temperatures was hard on the German police officers.

Waiting in the cold 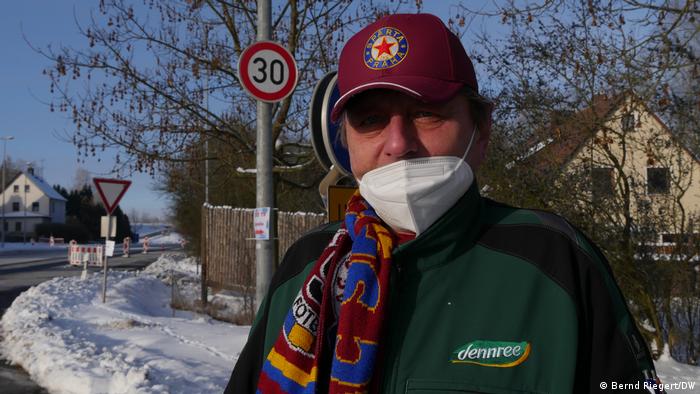 As an essential worker, Milan is allowed to cross the border if he gets tested twice a day

They're not the only ones feeling the chill. Milan, a Czech national from Cheb, who works in a Bavarian vegetable wholesale market, spent one hour waiting in the freezing cold to get his coronavirus test result. It's minus 15 degrees Celsius out. He's classified as an essential worker and therefore allowed to enter Germany.

"I'm lucky," he tells DW. "Many acquaintances working in other sectors are forced to stay home and have no source of income." But there's a flipside: Milan must take a coronavirus test each time he enters and leaves Germany. "I hope this situation won't last too much longer," he says. "But back home in the Czech Republic, the situation is grim and nobody knows how it will develop."

Czech lawmakers had originally planned to end the nation-wide state of emergency on February 14, even though the UK coronavirus mutation has spread throughout the country. At the request of local authorities, the country's minority government has now extended the state emergency for an additional two weeks. It is not clear how effective these measures will prove.

Bavarian State Premier Söder criticized the Czech government and Tyrol's regional government for what he regards as their laissez-faire handling of the outbreak. Although he admits the new virus variant has already spread throughout the German border region, Söder is eager to contain it.  He warned that ignoring the threat is a "sin" and accused authorities on the other side of the German border of failing to to recognize the gravity of the situation.

He also gave Brussels short shrift. On Friday, a spokesperson for the European Commission had urged Germany to honor EU agreements, coordinate coronavirus measures with other member states and keep its borders open. Söder brushed off these concerns, insisting the EU leave regional leaders such as himself to shut borders as they see fit, and instead focus on acquiring vaccine doses.

Not everyone in Bavaria agrees. Authorities in the border towns of Schirnding, Tirschenreuth and Wunsiedel warn that the border closures could lead to serious problems.

"We are forced to tell some companies they are non-essential," Wunsiedel district head Peter Berek told DW. "It's going to be tough."

He nevertheless approves of the tightened border restrictions. He says while a mere 5% of commuters tested positive for the coronavirus, 64% of these infections stem from the UK variant. "That's why we must act now," he said.

He says the Czech state has failed to contain the outbreak. "The people are not to blame," he says. "At the same time, we cannot leave the border open when there's an incidence rate of over 1,000 on the other side."

"I hope that we'll soon go back to working together the way we always have here in the border region,” said Berek.

Companies in Bavaria‘s Oberpfalz region employ some 5,000 Czech commuters, many of whom work in the hospitality sector. Business here has been slow because of the pandemic. But regional factories also rely on Czech commuters.

"The manufacturing industry urgently needs these workers," Florian Rieder of the Oberpfalz Chamber of Industry and Commerce told DW. He says Czech workers are eager to keep their jobs, renting hotel rooms in Germany, or taking major detours into the country, and going along with daily coronavirus tests.

German companies understand that coronavirus measures must be taken, Rieder stressed. But he criticized that the steps were decided at such short notice. "We could have done with a few days to prepare," he said. German authorities have not yet signaled to him when the strict border checks will end.

"The pandemic means that as usual, we'll be proceeding with caution," he said.