Eurozone member Cyprus has done away with parts of the capital controls it introduced a year ago during bailout talks. It abolished maximum daily cash withdrawal ceilings as the banking sector reform progressed. 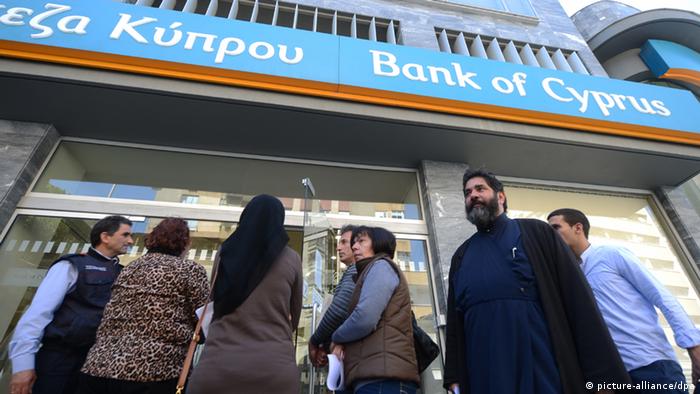 Cyprus on Friday abolished restrictions on cash withdrawals it imposed a year ago to avoid a run on banks during bailout negotiations with international creditors.

Finance Minister Haris Georgiades issued a decree scrapping the 300euro ($410) daily ceiling on cash withdrawals from banks in the country in an easing of the capital controls in place.

"With the overall stabilization and restoration of confidence in the banking system, it's feasible to ease restrictions further," the minister said in a statement.

One of the prerequisites for the easing was the merger of the country's Co-Op lenders, a network of small banks which received bailout money under the terms of a 10 billion euro rescue scheme for Cyprus.

Cyprus tries to recover from its crisis

The decree involved people being also allowed to transfer up to 50,000 euros in funds per month without supporting documentation, with the limit for businesses being 200,000 euros.

It also enabled clients to dissolve fixed-interest time deposits prior to maturity.

Athens made it clear that restrictions remained in place on moving money abroad. Cypriots are still not allowed to cash checks or take more than 3,000 euros with them on their travels. Officials had previously said all capital controls might be fully lifted by the end of the current year.