After leaving a trail of destruction in Indonesia and East Timor, Western Australia was next on the tropical storm’s path. It left major damage. 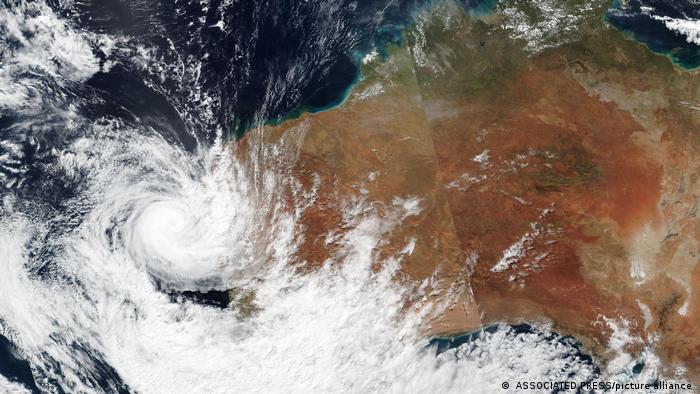 Wind gusts were the strongest in 50 years for some areas

The tourist town of Kalbarri was especially hard-hit by the storm. Powerlines and trees were toppled, homes lost roofs and streets were strewn with debris.

"Some of the older buildings didn't stand up very well. But even some of the modern buildings, they just couldn't hold it," said local State Emergency Service manager Steve Cable. There were no reports of serious injuries.

Such powerful cyclones are rare in subtropical Australia.

The Bureau of Meterology said in a statement that the wind gusts recorded in Kalbarri and nearby areas were likely to have been the "strongest in more than 50 years."

The last comparable cyclone in the region struck in 1956. It brought 140 kph gusts to the port town of Geraldton, 160 kilometers (100 miles) south of Kalbarri, where there was no weather station at the time.

The fast-moving storm later weakened to a category two system as it pushed inland in the early hours of Monday.

Seroja had caused flooding and landslides that killed at least 174 people and left 48 missing in Indonesia and East Timor last week.