Cybercrime laws as a weapon against expression

A law passed this year by the Palestinian Authority purports to crack down on digital crimes. But its use has already raised worries it will be used to curtail any criticism online, writes Nadim Nashif in a guest post. 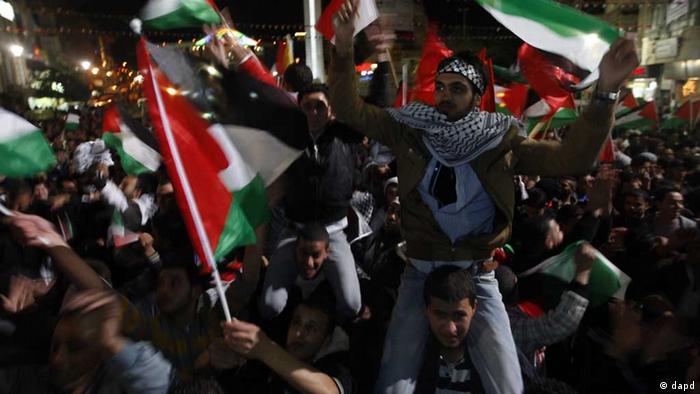 The Palestinian Authority’s cyber crime law, formally announced on 24 June 2017, addresses a gamut of crimes committed on the Internet, including financial misdeeds, impersonation, hacking and violation of privacy, and the recent rapid increase of sextortion, a form of blackmail in which sexual information or images are used to extort sexual favors or money from victims.

But freedom of expression activists are concerned that there is another agenda at play. The law was drafted by the Palestinian Authority (PA) government in a way that means it could potentially be used to criminalize any form of criticism in the digital sphere and silence political opponents. They point out that the earliest arrests made under the new law, just weeks after it was passed, are a worrying sign that it will used primarily as a weapon against free speech instead of as a tool to crack down on criminal acts.

Just weeks after the law’s formal introduction, five journalists were arrested for writing Facebook posts critical of the PA. The government alleged that they had “leaked information to hostile entities.” The five arrested by the PA are from media outlets affiliated with the rival political faction Hamas, an indication that the law was used to infringe on the right to free speech.

Initially, the PA public prosecutor’s office denied any link between the new law and the arrests, but it later referred to Article 20 of the law as the justification for the legal action.

At the same time, there have not yet been any arrests regarding online fraud or sextortion, issues that the law purportedly sets out to combat. To activists and rights advocates, this is a sign of the law’s real aim—crushing dissent and silencing political opponents as well as further limiting the shrinking space for freedom of expression online.

Article 40 of the Palestinian cybercrime law, for example, authorizes the Attorney General and his assistants to obtain a court order to block websites within 24 hours. Any attempts by citizens to access a blocked website will be deemed a crime under Article 31 of the law.

The problems of free expression in the online space are being exacerbated further by heightened surveillance and censorship on the part of Israeli authorities.

If the PA is acting in bad faith, it has joined a well-established club. Many authoritarian regimes around the globe have laws on the books that allow them to censor online content and silence activists, critics and (political) opponents by providing governments a legal basis for their actions.

These arrests and criminal proceedings not only affect those caught up directly in them, but contribute to a general atmosphere of fear in the society. When the law makes expressing critical opinions a potentially criminal activity, the result is silence and self-censorship.

However, there are voices of opposition being heard in the Palestinian Territories. Palestinian civil society has rejected the underlying principles of the law and is now publicly denouncing it. Calls have gone out for its immediate repeal. Civil society groups want it re-drafted, but this time with their participation and consultation. Civil society representatives have also been holding one-on-one meetings with the attorney general, the justice minister, and lower-level officials to keep the pressure on for change.

Demonstrations have been held and campaigns launched calling for the law’s repeal, although so far they have been unsuccessful. On the international level, INGOs, governments, and embassies have mobilized to insist that the PA uphold human rights, including freedom of expression, which they say the current cybercrime law is blatantly violating.

One lesson learned from this case that applies to similar situations in other countries is the importance of being on the alert whenever legislation is being drafted. The secret introduction of the cybercrime law stymied Palestinian civil society’s efforts to be pro-active. It could only react following the law’s introduction.

For this reason, civil society must be fully integrated into the drafting of legislation. Had civil society been involved in consultations around the cybercrime bill from the beginning, a much stronger emphasis would have been placed on the fact that digital rights and freedom of speech are essential human rights.

Instead, the Palestinian Authority has now joined those governments, especially repressive ones, that use overblown concerns about “security” to put in place legal cover which allows them to muzzle voices they would rather not hear.