Earthquake, tsunami, nuclear meltdown: Fukushima was hit by a triple catastrophe in March 2011. Five years later, reverberations are still being felt in culture - in cinema, theater and literature. 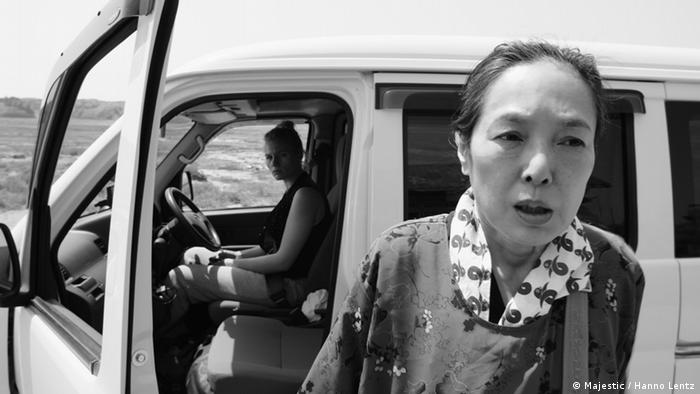 "When we're able to understand the pain in others, we're able to really connect," said director Doris Dörrie of her new film "Greetings from Fukushima," also known as "Fukushima mon amour."

The film, which opens in German cinemas on Thursday, a day ahead of the five-year Fukushima anniversary, centers on an older woman who lost everything in the catastrophe but continues to live in the disaster zone with a young German woman, herself mourning a lost love. Though they grieve, they're able to provide comfort for one another.

Japan isn't new territory for Dörrie - her 2008 film "Cherry Blossoms " was also set there. For her latest, Dörrie filmed on location, only six months after the catastrophe. The effort paid off: At its premiere at the Berlin International Film Festival last month, the poetic black-and-white drama attracted favorable reviews. 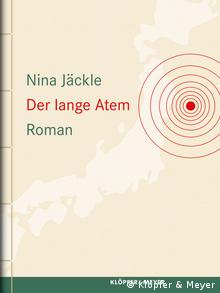 How to go on in the face of loss, pain and grief? That's the topic of Nina Jäckle's book on Fukushima, "Der lange Atem" ("The Long Breath"), for which she won the 2015 Evangelical Book Prize in Germany.

Jäckle, 49, brings her readers to Japan in 2011. The protagonist is a sketch artist, whose job it is to draw portraits of tsunami victims so that they can be identified by their loved ones. Based on photos of the deceased, the drawings show the victims without their injuries. The work of the sketch artist serves as a metaphor: The anonymous victims are able to recover their face and their identity, a profoundly human act.

"I'm fascinated by the revolt of the individual against helplessness, and with such simple means: paper and pencil," said Jäckle. Extensive work and research for the novel "politicized" Jäckle, she said: "Fukushima showed the world that technology is not under control."

'Witness to our own destruction'

Kanjo Take, an artist living in Dusseldorf, was similarly inspired by the Fukushima disaster. In reaction to the events in Japan, he took a chance on his "first political piece," a 10-meter (33-foot) wide collage of photos showing destroyed landscapes, a typhoon-like vortex, shattered ships and cars swallowed up by floodwaters. It's a dismal, dreary scene.

But none of the photos originated in Fukushima. They could just as easily be apocalyptic scenes in Chernobyl, New York or Berlin - and yet most of the close-up photos were taken near his home in Dusseldorf and manipulated later with the computer.

The Fukushima catastrophe showed what can happen when risky technology falls in the hands of a few profiteers, said the 63-year-old German-Japanese artist, whose parents still live in Japan. "Then we witness our own destruction." 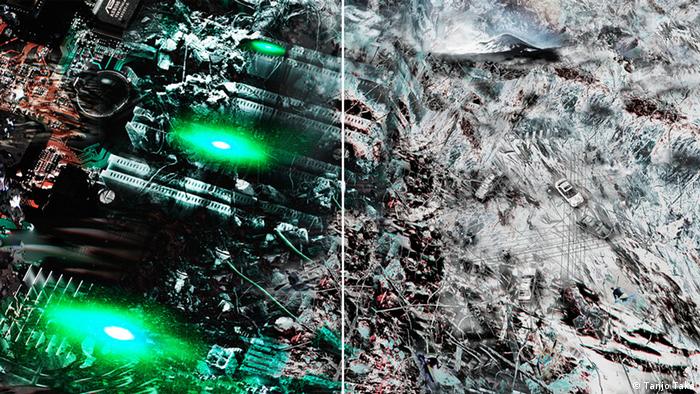 Requiem to the sound of nature

Although Japan's nuclear reactors remain switched on, nature is still stronger. This message resonates in Toshio Hosokawa's opera "Silent Sea," which was well received when it premiered at the Hamburg State Opera in January. It was staged by Oriza Hirata and conducted by Kent Nagano.

In the opera, a German dancer is searching for her child, who along with her Japanese husband disappeared in the tsunami floodwaters. Her search in vain, she takes refuge in a dream world. The requiem gives a voice to mourning, with the catastrophe fading into the background and sounds of nature dominating.

"The Japanese deal with disaster differently, which from the German perspective is difficult to understand," explains chief dramaturge Johannes Blum. He sees "Silent Sea" as a bridge between the different cultures.

'Nothing has changed' in Fukushima: German filmmaker Dorris Dörrie

Doris Dörrie returned to Japan for her new film "Greetings from Fukushima," shooting just a few kilometers from the nuclear reactor. The German filmmaker tells DW about the location, losses and new beginnings. (10.03.2016)

'Nuclear energy has no sustainable, democratic future in Japan'

Despite the majority of Japanese opposing a restart of the nation's nuclear reactors, the government continues to press for a full resumption of nuclear power. Energy expert Tetsunari Iida tells DW the reasons behind it. (29.01.2016)

Fukushima paralyzed Japanese society, according to Japan expert Roger Walch. "When natural disasters struck in previous centuries, people sought to appease the obviously angry gods with dance, theater, music, and festivals, but Japan was paralyzed after the triple disaster of Fukushima," he wrote in a 2013 article for the web series "What's Next?"

"Jishuku was the maxim - self-imposed restraint. Concerts were canceled, exhibitions and cinema premieres were called off. A dark mourning band hung over Japan."

And where did that leave protests? Japan's creative industry from the worlds of art, design, photography and film organized itself into Act for Japan (A4J), with the goal of financially supporting victims of the catastrophe. Other groups followed: Art for Life (A4L), and Japan Art Donation.

Through Internet auctions, these groups raised funds for the needy. Renowned Japanese artists pushed for an end to nuclear power, including Kenzaburo Oe, the 1994 Nobel Prize winner for literature, manga artist Hiroshi Takahashi, musician Ryuichi Sakamoto, and Takashi Murakami, an artist also popular in the West.

But political expression remains risky. "Those who hold a mirror up to the country are seen as whistleblowers and traitors," said Walch.

For an example, one only needs to look at manga artist Tetsu Kariya. Last year, in the cult magazine "Big Comic Spirits," he published an unflinching description of the consequences of the nuclear disaster. Kariya's manga showed people suffering from unexplained nosebleeds and moving through ghost towns.

Fans clamored for a copy, and the authorities were horrified; Kariya's publisher was hit with lawsuits. Did Fukushima expose previously hidden cracks in Japanese society? Theater performers, artists and musicians debated the issue at the Japan Syndrome festival in Berlin last May.

"Japan Syndrome revealed the aftershocks from those in the cultural industry in Tokyo and other cities, artists who were no longer willing to politely paper over the disaster with a smile," wrote the German daily newspaper "Tagesspiegel."

Tilman Borsche, a philosopher at the University of Hildesheim near Hannover, has also written about the cultural differences between Germany and Japan, giving public lectures and publishing papers on the nature and consequences of Fukushima in both countries. His conclusion: In Japan, the disaster occurred in a different cultural context.

There, he said, people have a much more traditional, trusting relationship with the state. No one there could have imagined being lied to by politicians and nuclear authorities.

"An overnight energy revolution - as in Germany - would probably not have been possible in Japan," said Borsche. "Germany's politicians only reacted so energetically to the movement away from nuclear energy because Japan is such a technologically similar country," he said. "Had Fukushima happened in Mexico, it would certainly not have triggered such a response."