Cultural life in Paris grinds to a halt after attacks | Culture| Arts, music and lifestyle reporting from Germany | DW | 14.11.2015

Following Friday's attacks, Paris is in a state of emergency, also in its cultural life. Places where crowds once stood are empty. Museums have closed their doors, and the Eiffel Tower's elevator stands still. 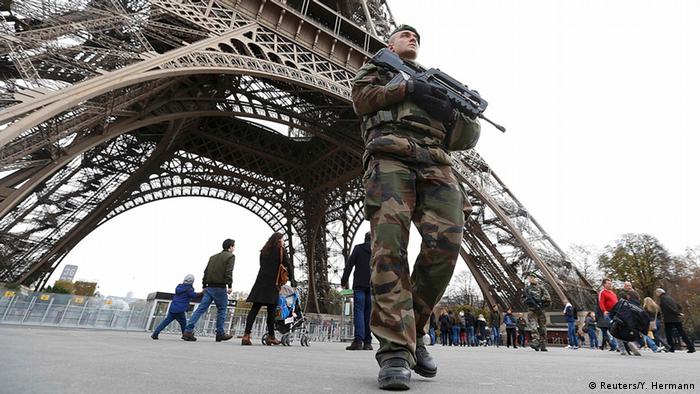 Paris, one of the most frequently visited cities in the world, seems to be holding its breath. People are shocked. Only a few populate the Champs Elysées. Famous museums such as the Louvre and Versailles Palace, the opera and Euro Disney did not open the morning after the attacks. For security reasons, theaters, concert halls and other venues in the "Ile-de-France" district in the heart of Paris would remain closed on Saturday (14.11.2015). said Fleur Pellerin, France's minister of culture.

Even the Eiffel Tower, the city's most famous visual symbol, visited by 15,000 to 20,000 people daily, will remain closed until further notice, a spokesperson from the Eiffel Tower Society announced Friday evening. Where long lines normally form, only a scattered few tourists made their way to empty ticket windows.

The famous "Grands Magasins" stores such as the Galeries Lafayette opened only briefly before deciding to lock their doors again. A desire to demonstrate opposition to terror was counterbalanced by the fact that normal service quality could not be guaranteed. Shop windows already sport Christmas decorations, but no one stops to look at the attractions.

A city in shock 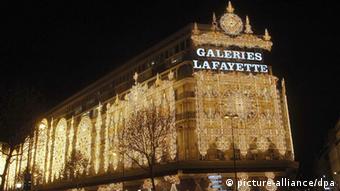 A normally heavily frequented cafe on the Boulevard Haussmann counted a mere three guests in an hour and a half. Two couples from Belgium who had come for a weekend trip strolled through the abandoned city as though in defiance. "We're afraid, but we aren't going back home now. That's just what the terrorists want," said Jeanine, one of the two young women.

On the fashionable Avenue Montaigne, the Gaumont Marignan movie theater was open - one of the few this day. Only few moviegoers were in attendance. "We called in and requested security personnel, but they didn't come," said the manager, also missing most of her employees.

Paris, frozen in shock. The evening before, the calendar had been packed with events and concerts. At the Bataclan concert hall, the American band Eagles of Death Metal were performing when assassins stormed the building. More than 100 visitors were murdered. According to the AFP news agency, the band from California has meanwhile decided to cancel the rest of its European tour and return home.

A number of musicians expressed shock over the attacks in Paris. The British-Irish boy group One Direction expressed solidarity with the victims on Twitter.

And Justin Biber, performing in the US, aborted his concert and cried, according to Twitter. He then called on all to pray for Paris.