One year after "Mozart y Mambo," French horn player Sarah Willis is thrilled to return to Havana. The COVID-19 pandemic is putting the musicians to a very tough test. 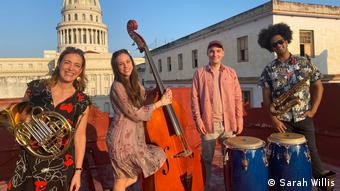 In 2020, "Mozart y Mambo" conquered the top of Germany’s classical music charts. The album also reached number one in other countries, including the US and the UK. "Mozart y Mambo" became a worldwide hit. In collaboration with the Havana Lyceum Orchestra, Sarah Willis, a French horn player for the Berlin Philharmonic Orchestra, was able to realize an idea that originally came to her after her first visit to Cuba in 2017: combining the classical music of Mozart with the Cuban rhythm of Mambo. One year on, she’s been longing to return to Havana and perform the successful album live to a large audience again. 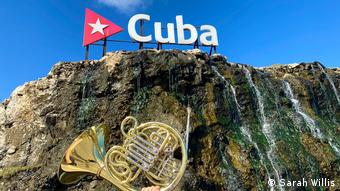 The dates are booked, but the COVID-19 pandemic is getting in the way. The Caribbean country has been hard hit. The lines in front of the grocery stores are now even longer than they normally are in communist Cuba, and the orchestra can no longer play to live audiences. Sarah must also change her plans. Rehearsals are still possible, and the project can still proceed with an expanded repertoire, but the large concert that was scheduled must be canceled. Sad as that is, it gives Sarah plenty of time to discover more of the country. She embarks on a quest to find out more about Cuban musical traditions and accompanies conductor José Antonio Méndez Padrón to his hometown of Matanzas. 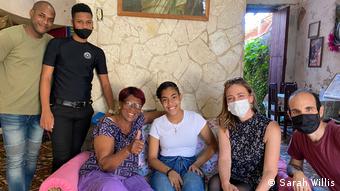 Here, Sarah tries out dances like the Rumba and Danzón, and even learns how to extract different sounds from a conga drum. Meanwhile, she continues to indulge her passion for the Mambo, performing an impromptu sunset concert in the Cuban capital with musicians from the "Mozart y Mambo" project and playing with a Cuban brass quintet in Matanzas on the spur of the moment. And finally, after weeks spent exploring quiet streets, she discovers a trumpeter who is once again gracing Havana with that soundtrack that has become a hallmark of this otherwise vibrant city. It's a glimmer of hope. 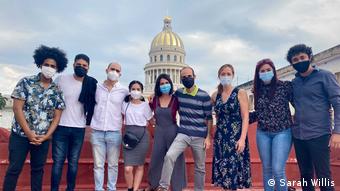 Cuba - like the rest of the world - is waiting for the pandemic to end. Despite Corona, Sarah Willis has expanded her musical horizons and is finally reunited with her "Cuban family" - even though the reunion doesn’t turn out quite the way it was planned.

One year after "Mozart y Mambo," French horn player Sarah Willis is thrilled to return to Havana. The COVID-19 pandemic is putting the musicians to a very tough test.