Members of the CSU - sister party to Angela Merkel's CDU - have dubbed the German Chancellor's handling of the refugee crisis a "mistake." Germany saw the arrival of more than 15,000 asylum seekers last weekend alone. 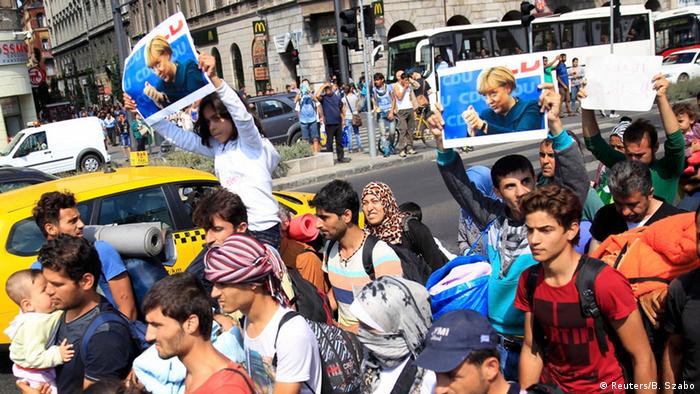 Despite Germany's coalition government agreeing less than a week ago to include 3 billion euros ($3.3 billion) in the 2016 budget as well as an additional 3 billion euros to help states and local governments, the CDU's Bavarian ally launched a new wave of criticism on Friday.

CSU politician and former Interior Minister Hans-Peter Friedrich told the "Passauer Neuen Presse" that Merkel's decision to allow thousands of refugees to travel uncontrolled and unregistered from Hungary to Germany was an "unprecedented political mistake."

In light of the widely-circulated footage of crowds welcoming refugees with food, drink and toys at train stations all over the country, Söder praised the kindness of the German public.

'Germany is an immigration country'

He warned, however, that "if more people migrate to Germany this year than are born here, that will affect the cultural statistics of a society."

Both CSU politicians also raised concerns that a unknown number of "Islamic State" (IS) fighters could have entered Germany among the thousands of refugees, most of whom have traveled from Syria.

"I'm convinced that no other country in the world would be so naïve and wide-eyed as to expose themselves to such a danger," Friedrich said.

The CSU's comments came just a day after Members of the European Parliamnet in Strasbourg voted overwhelmingly in support of proposals made by European Commission President Jean-Claude Juncker.

According to the plans, the Commission would relocate 160,000 refugees currently in Hungary, Greece and Italy across the European Union (EU). 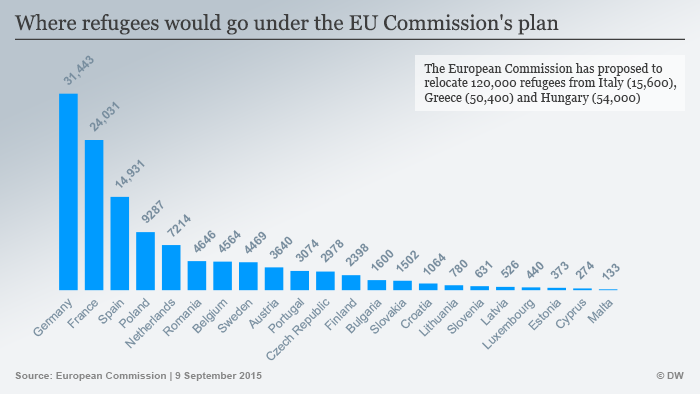 The MEPs also expressed support on Thursday for the idea of drawing up a common EU list of safe countries of origin and a compulsory resettlement plan under which members states would be required to take in refugees from "third countries."

Refugees forwarded from Hungary to Germany: Arrived, distributed, driven on

North-Rhine Westphalia is taking in thousands of refugees that have come to Germany via Hungary. How are arrivals working? A night at the refugee admittance center at the Düsseldorf airport train station. (10.09.2015)

Merkel wants approved refugees to get help finding a job immediately. She also praised the work of civil servants processing asylum applications during a visit to their offices in Berlin. (10.09.2015)