Loren Coleman is a pioneer of cryptozoology, the study of “hidden animals." He has published several books and runs a museum featuring thousands of artifacts. For Global Ideas, he explains a very eclectic subject. 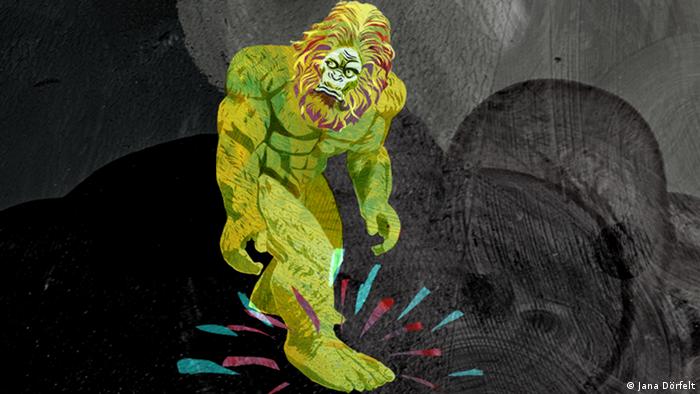 Derided by many, cryptozoology has a dedicated following. The field is frowned upon by much of the scientific community. But, while it may fail to adhere to scientific method and standards of empirical research, cryptozoology’s passionate interest in new possibilities and unknown forms of life has captured the imagination of its many adherents. 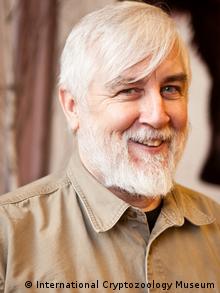 Global Ideas: If we were to meet in an elevator, how would you explain cryptozoology to me during that short ride?

Loren Coleman: Cryptozoology is the study of "hidden or unknown animals." Some in the media talk about it as monsters or only Bigfoot, Nessie, and Yeti, but it is actually about the search for new animal species.

Was there a specific event that triggered your interest in cryptozoology?

I saw a Japanese movie “Half Human” on the Abominable Snowmen, and asked my teachers what this business was about the Yeti. I was given three answers: "They don't exist," "Get back to your studies," and "Don't bother me with that." Frustrated and still curious, I went to the reference librarians at the Decatur (Illinois) Public Library with the same question. They gave me a couple of books. Hardly any were written on the subject. It was called “romantic zoology” back then, the term "cryptozoology" came up later. 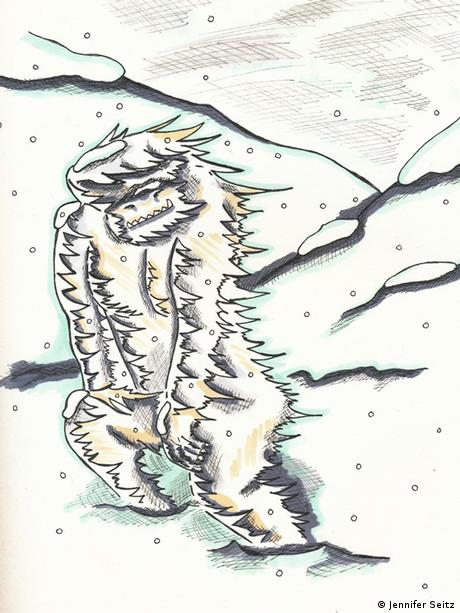 The “Abominable Snowmen,” better known as Yeti, is the reason why Loren Coleman started to work as a cryptoscientist

• Coleman: “Cryptozoology was coined in the 1940s by American zoologist Ivan T. Sanderson, and used more often by Belgian zoologist Bernard Heuvelmans in the late 1950s. But the term was not used in print until 1961.”

So, how did you follow up on your interest in the field of cryptozoology?

Romantic zoology/cryptozoology and these animal mysteries captured my interest, and I began going on local investigations of "black panthers encounters" and "small ape sightings" with Illinois law enforcement officers/game wardens. I began corresponding with scientists around the world and picked where I wanted to go to undergraduate school (in anthropology and zoology), because of the "little red ape" and other folklore. In 1974, I moved to northern California, to explore the Bigfoot info there.

You opened your museum in 2003, many years into your quest. What exactly can be seen in your museum? Have you collected all the exhibits yourself?

The artifacts and materials, numbering 10,000, in the museum, are the result of a 54-year gathering of these items. The collection began when I first became involved in cryptozoology, in 1960. I have traveled to every state in the USA (except Alaska), on expeditions, giving talks, or investigating cases, as well as across Canada, to Mexico, and heading a 1999 expedition to Loch Ness. I collected items such as local art, physical evidence, and popular culture renderings along the way. Also, colleagues, eyewitnesses, and research associates have sent me items for years. These all have gone into the collection that is on exhibit at the museum. 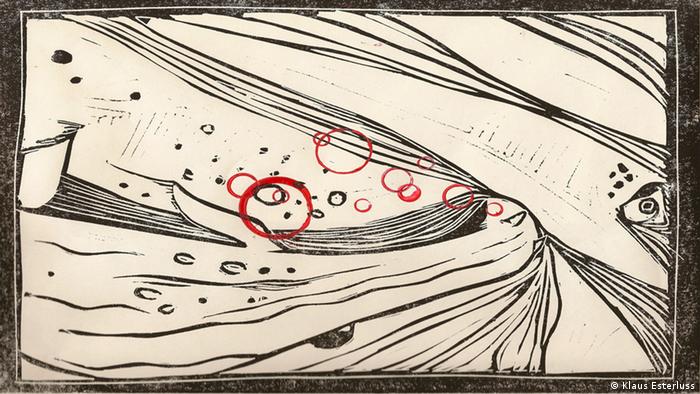 Nessi, the Loch Ness monster, is one of the “celebrity cryptids” along with Yeti and Bigfoot

Where do the visitors come from?

The majority of visitors are Americans and Canadians, but 45 percent are from Europe, mostly the UK, Germany, Spain, Italy, and France. Some are also from Asia, and Africa.

• “Cryptid”: A term of Greek origin, meaning "hide". It describes a creature or plant whose existence is suggested (e.g. by myth or folk tales) but not backed up by scientific data.

What do you think attracts people to cryptozoology? And what are the most popular cryptozoological species?

People love cryptozoology because it combines the human interest in animals and mysteries. Bigfoot, Nessie, Yeti - all singular words to denote multiple animals - are what I call the "celebrity cryptids." 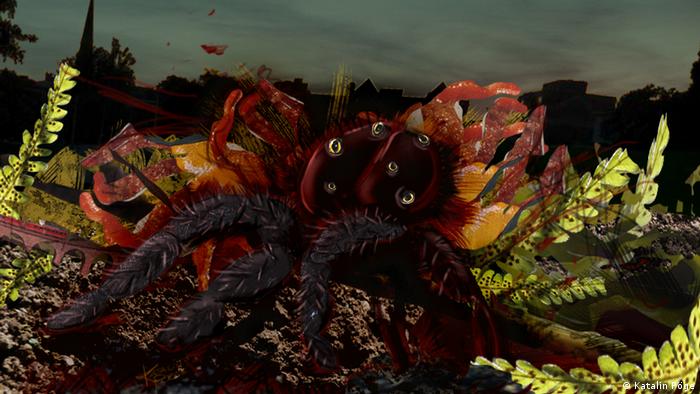 Cryptozoologists are rarely concerned with insects, but reports of giant spiders from the Congo could be of interest

Why are people interested especially in these “celebrity” creatures?

Among the cryptozoological species, do we see more mammals, reptiles, fish? And what makes a creature a cryptid?

The smaller the animals, the more unknowns. So there are many more new insects to be discovered than mammals. Cryptozoologists are not too often concerned with insects. But reports by natives of giant insects from New Guinea, for example, or giant spiders from the Congo could be seen as being of interest to us. Unknown species are called cryptids, they can be found globally. 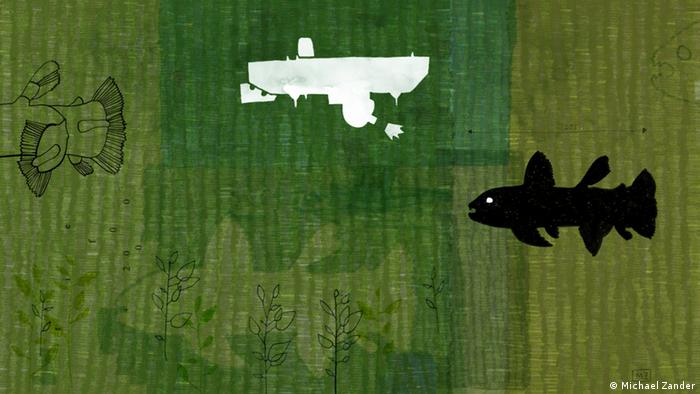 Cryptozoology is a field of finding new animals, and even actually living species like the okapi, the mountain gorilla or the coelacanth are cryptids

Aside from the well known examples - what about the okapi, or tigers and leopards whose existence was assumed in cryptozoology, and that we now know actually exist?

Cryptozoology is a method of finding new animals, one that does not work well with having a closed mind. From the discovery of a new river dolphin and a new tapir during the beginning of 2014, to a new bird found in Central Park, in New York City, or a new turtle found in the Pearl River in the southern USA, cryptozoology has broadened the possible horizons – worldwide. I have been called the "modern popularizer of cryptozoology" because my books have been on cryptozoology, and go into great detail on the giant squid, okapi, mountain gorilla, coelacanth, and other discoveries of cryptid species.

So is the cryptozoology scene growing? And how did it all start?

In 1960, there were about 5 people in the USA corresponding with each other about cryptozoology in general, and maybe 100 discussing Bigfoot with each other. In 2014, there are thousands, if not tens of thousands. Books, internet sites, Facebook groups, and television programs are everywhere about cryptozoology. A program called The 10 Million Dollar Bigfoot Bounty got 800,000 viewers for their second week. Also, many conferences on Bigfoot get large numbers of attendees. For example, in Ohio, the Bigfoot conference is attended annually in April by over 1,000 people. Congresses in England, France and Belgium gather large numbers too. We also see “cryptotourism”, hunting Bigfoot with cameras, visiting lakes with monsters in them, or coming to visit my museum. This is an entirely new field that has only blossomed since 1999.

Cryptozoology is often described as, well, a pseudoscience. Most people and scientists would deny the existence of the Yeti, Bigfoot, Nessi or Giant Spiders. What do you say to that?

Cryptozoology is a skeptically openminded science, a subfield of zoology. I don't feel defensive after 54 years of the skeptics and debunkers who wish to not understand what cryptozoology really is.

Making of: a personal approach to cryptozoology