A ferry carrying families to a picnic area has capsized in the Tigris River near Mosul, with many women and children losing their lives. The passengers had been celebrating the Kurdish New Year. 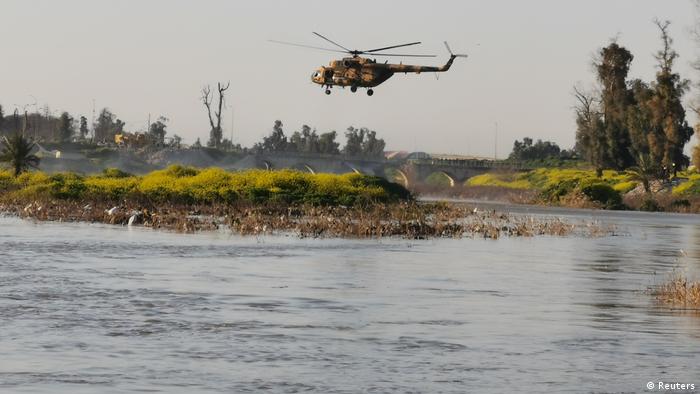 Over 80 people drowned when an overcrowded ferry capsized and sank in northern Iraq near the city of Mosul, Iraqi authorities said on Thursday. Rescuers were still working to retrieve survivors from the Tigris River.

"It's a disaster, no one expected that," said a young man who managed to swim to the shore.

Officials fear that the death toll could rise. Most of the victims were women and children who could not swim. At least 55 people were rescued but many remain missing, according to the Interior Ministry.

"The capacity of the boat was 50 people, but it sank because the number of people aboard reached around 200," Iraqi lawmaker Abdel-Rehim al-Shamari said. Other sources later said it was not clear how many people were on board.

The vessel carried several families who were celebrating Nowruz, the Kurdish New Year, which is traditionally marked by going for a picnic on March 21. They were taking the ferry boat across the river to reach a popular picnic area.

Heavy rain in recent days had caused the water levels on the Tigris to rise.