Droughts in Russia and the US could send grain prices to record highs as a result of low crop yields, the International Grains Council (IGC) said Thursday. The US is suffering its worst drought in 56 years. 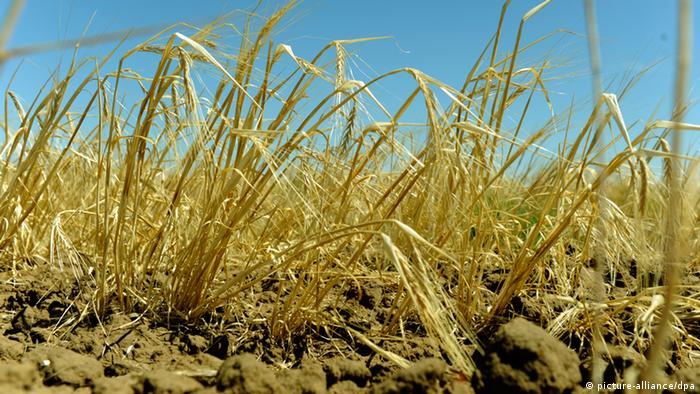 In its latest monthly report, the IGC said the combination of drought and rising demand could lead to record prices and a worldwide food emergency similar to what happened in 2008.

"World stocks [of wheat] are forecast to contract by 17 million tonnes to [a 4-year low of] 180 million," the IGC said. "A projected fall in the major exporters is led by the Black Sea region."

Drought has hit hard around the Black Sea, in the Urals and Siberia, forcing the IGC to reduce its forecast of the Russian wheat harvest by 4 million tonnes to a total of 41 million - a level below the Russian harvest of 2010 that prompted the country to impose a ban on grain exports.

"Unfortunately, our forecasts are changing literally by the day," Russian agriculture minister Nikolai Fyodorov told the Russian Vesti 24 news channel. "At the moment, the trend is not very good. Obviously, our exports and other things like reserves will be slightly lower - considerably lower."

Still, a ban may be possible if the situation continues to deteriorate.

"A lot of people are finding it hard to believe the Russians would dare to do another ban," said Wayne Bacon, president of grain trader Hammersmith Marketing. "We're seeing some countries with a bit of fear and wanting to build up some [wheat] stocks in case something happens."

Bone-dry conditions in US

In the grain-producing heartland of the Midwestern US, the worst drought in 56 years has devastated corn, grain and soybean crops and conjured images of the infamous 1930s "dustbowl" that caused many farmers to move elsewhere in search of better opportunities.

'We must build resilience in domestic agriculture'

Concern is growing that the drought ravaging US cornfields may trigger a global food crisis similar to the one in 2008. But David Hallam of the UN's Food and Agricultural Organization says we have learned how to survive. (21.08.2012)

"The bottom line is there are no earth-shattering weather events in sight, it will be quiet most of the week," said John Dee, meteorologist for Global Weather Monitoring, of the current forecast for the region. The US drought has also caused river levels to fall. Earlier this week, at least 97 vessels became stranded in the Mississippi River - the most important river for shipping in the US - after low water closed an 18-kilometer (11-mile) stretch. Cutting through the Midwest, the Mississippi is essential for farmers wishing to export their crops worldwide.

Overall, the IGC's global wheat production forecast for 2012-2013 was lowered to 662 million tonnes, well below the 696 million tonne yield of the previous season. The effect could be a worldwide drop in wheat consumption (what is eaten by humans and animals) for the first time in almost 20 years.

The poor harvest and rise in prices has triggered concern from some of the world's largest economies. On Thursday, South Korean President Lee Myung-bak sent a letter to fellow Group of 20 member nations urging them to work to help stabilize grain prices. Lee suggested five measures including proposing that G20 countries should work together to ease export controls on food items and impose more regulation, his office said. 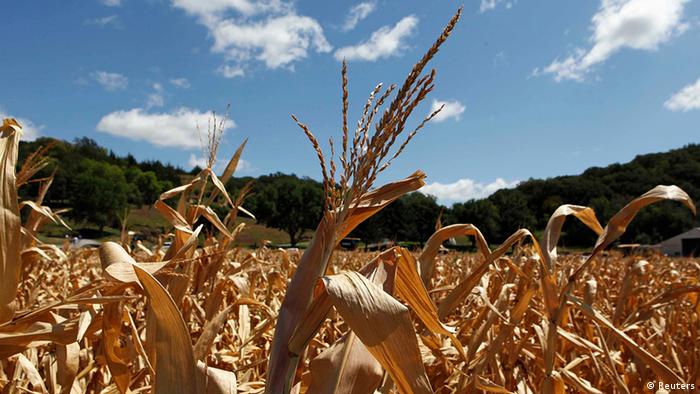 Drought has devastated US crops

The news isn't all bad, however.

In Canada, farmers are due to have their biggest harvest since 2009. With the US harvest so low and prices climbing, Canadian farmers may profit nicely.

"You hate to see anybody have a hard time," said Walter Finlay, a farmer near Souris, Manitoba. "There maybe is better opportunity just because of what's going on in the States ... the price of corn has obviously drawn the price of feed wheat up."

Canada is the world's seventh-largest wheat-growing country and is the top exporter of spring wheat and durum, a key ingredient in pasta.