A swastika was painted on to the pitch hours before Croatia's Euro 2016 qualifier versus Italy, which was staged behind closed doors. UEFA have handed down several increased sanctions for 'racist behavior'. 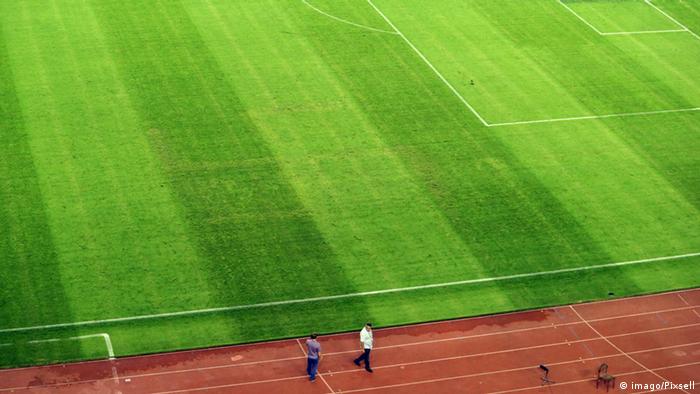 Croatia have been forced to play their next two matches behind closed doors and have been stripped of one point in Euro 2016 qualification after 'racist behavior' in their match against Italy last month.

With one qualification match left against Bulgaria in October, the Croatians will need to play their next two games behind closed doors and will not play any further qualifying matches in the city of Split.

"The UEFA Control, Ethics and Disciplinary Body today decided to impose a deduction of one point on the Croatian Football Federation (HNS)," UEFA said in an official statement.

"The HNS has also been ordered to play its next two home matches in UEFA competition behind closed doors and not to play any of its remaining qualifying games at the Stadion Poljud in Split."

HNS declared the sanctions as the 'heaviest' from UEFA despite a previous ban on supporters for racist chants in a 5-1 win over Norway in Zagreb in March.

Croatia, who sit top of their qualification section with 13 points from six matches, have the option to appeal the decision.