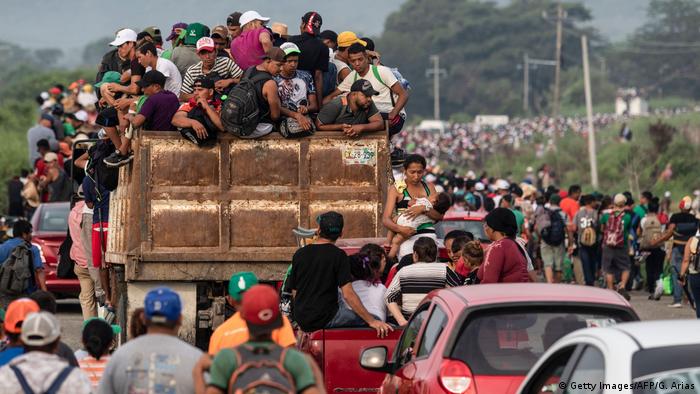 The US and El Salvador signed an agreement on Friday that would send many asylum-seekers to the Central American nation.

El Salvador is one of the most violent countries in the world and is also the origin of many Central American asylum-seekers to the US.

The details of the agreement have not been finalized and US officials did not say when its implementation would begin.

"The core of this is recognizing El Salvador's development of their own asylum system and committing to help them build that capacity," acting Department of Homeland Security Secretary Kevin McAleenan told reporters in Washington.

McAleenan met with El Salvador's minister of foreign affairs, Alexandra Hill, to sign the deal, which would not apply to Salvadorans trying to flee their own country.

"Individuals crossing through El Salvador should be able to seek protections" there, even if their intention is to apply for asylum in the United States, McAleenan said.

The deal with El Salvador follows a similar one which the Trump administration sealed with Guatemala, in which it was given the "safe third country" designation.

Guatemala's deal requires asylum-seekers who travel through the country en route to the US-Mexico border to ask for refuge in Guatemala first, instead of in the US. But the Guatemalan Congress has not yet ratified the deal.

Meanwhile, the US is also working on a similar arrangement with Honduras. 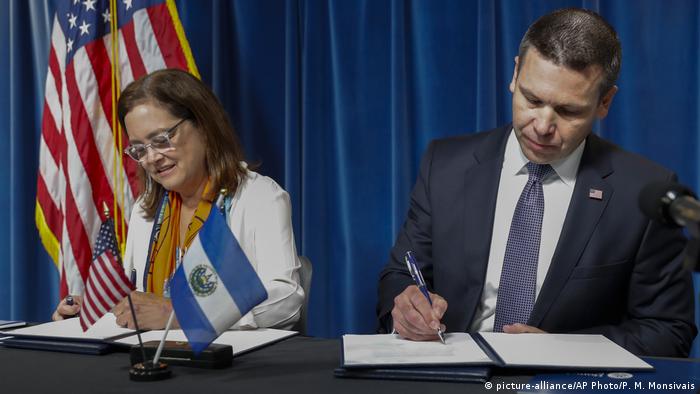 Immigration rights advocates have criticized the agreements, saying that Central American nations do not have the capacity to process asylum claims, as these countries suffer from violence, poverty and endemic corruption.

"The real goal of the United States is to make sure these [asylum] claims are never heard in a US court," said Douglas Rivlin, spokesman for Washington-based pro-immigration group America's Voice, of the US-El Salvador agreement.

Refugees International President Eric Schwartz blasted the decision. "Where will they declare a haven for asylum-seekers next? Syria? North Korea? This is cynical and absurd. El Salvador is in no way safe for asylum-seekers," Schwartz said.

Meghan Lopez, country director for El Salvador at the International Rescue Committee, said the US government is "attempting once more to turn its back on extremely vulnerable people."

"El Salvador is not safe for many of its own nationals and is struggling to meet their needs, which is why many seek asylum in the United States. It is unrealistic to expect El Salvador to be able to offer protection to asylum-seekers fleeing conditions comparable to those in El Salvador," Lopez added.

El Salvador, a nation of roughly 6 million people, is plagued by gang violence. According to a 2018 US State Department report, human rights issues in the country included "unlawful killings of suspected gang members and others by security forces, forced disappearances, torture, arbitrary arrest and detention, and lack of government respect for judicial independence."

The rule change means immigrants using public benefits could be disqualified from receiving a green card or citizenship. The move is one of the Trump administration's most aggressive steps to restrict legal immigration. (12.08.2019)

US Vice President Mike Pence has witnessed firsthand the conditions that detained migrants face on the US-Mexico border. Donald Trump has announced a nationwide wave of arrests of people facing deportation. (13.07.2019)