Crimea gold awarded to Ukraine in blow to Russia

Kyiv has hailed a ruling by a Dutch court saying a collection of ancient gold artifacts from Crimea should be handed to Ukraine. But the ruling could be appealed by Russia, which annexed the peninsula in 2014. 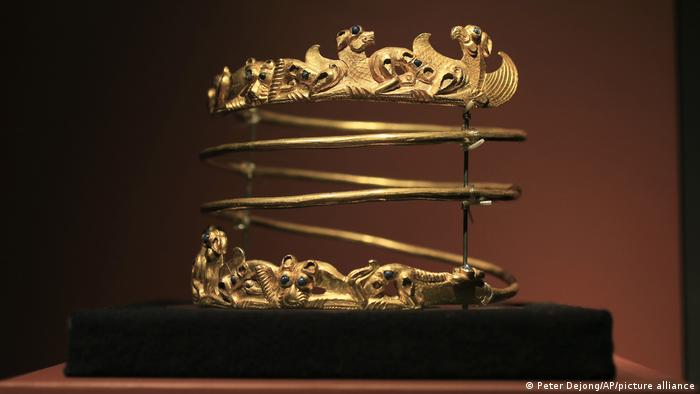 The artifacts from Crimea have been in the Netherlands since 2014

A Dutch appeals court ruled on Tuesday that a collection of ancient gold items from Crimea at the center of a legal battle between Ukraine and Russia should be returned to the Ukrainian state by the Amsterdam museum where it is currently held.

The treasure was loaned to the Dutch museum shortly before Moscow annexed Crimea in 2014 in a move that most countries consider illegal under international law. Artifacts in the collection include a Scythian helmet of pure gold and a golden neck ornament each weighing more than 1 kilogram (2.2 pounds), along with scabbards, helmets and gems. 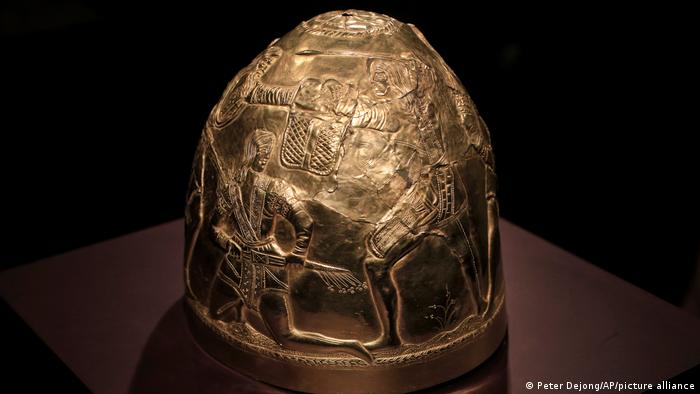 An ornate Scythian helmet is among the objects in the collection

The presiding judge at the court, Pauline Hofmeijer-Rutten, read out a ruling saying the national culture interests of Ukraine outweighed those of the four museums in Crimea that formerly possessed the artifacts.

"The Allard Pierson Museum is no longer obliged to return the pieces to the Crimean museums," the ruling said. "The rights of the Ukrainian state, based on the Law of Museums [...] take precedence."

The ruling, which largely confirms an earlier 2016 decision that was appealed by Russia, can be appealed again before the Dutch Supreme Court.

The University of Amsterdam, which owns the Allard Pierson Museum, has said the institution will continue to keep the treasure in storage until all appeals are settled. 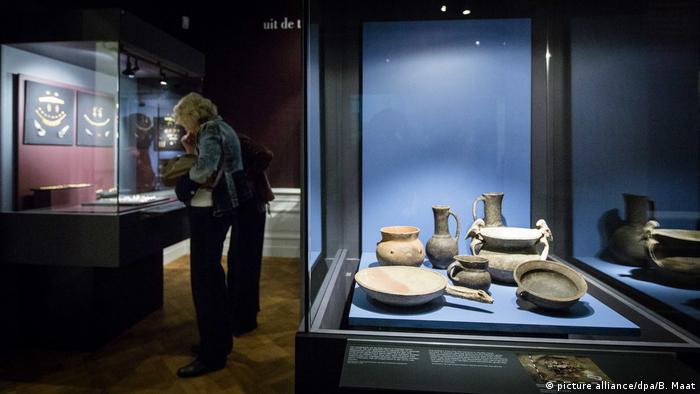 The artifacts were featured in an exhibition at the Amsterdam museum

Ukrainian President President Volodymyr Zelenskyy on Tuesday described the court's ruling as a "long-awaited victory" and a "fair decision."

"We always regain what's ours. After the 'Scythian gold,' we'll return Crimea," Zelenskyy said on Twitter.

Russia's annexation of Crimea drew Western sanctions, with Western countries and most of the rest of the world recognizing the Black Sea peninsula as Ukrainian.

Kyiv wants to see the territory returned to its rule.

The name Scythian is conventionally given by historians to a group of cultures that existed across the Eurasian Steppe during the Iron Age from around the 9th century B.C. to the 2nd century A.D.