Several students are being investigated for celebrating Pakistan's victory over India at the T20 World Cup. An anti-terror law was amended in 2019 so that a person can be held for six months without any evidence. 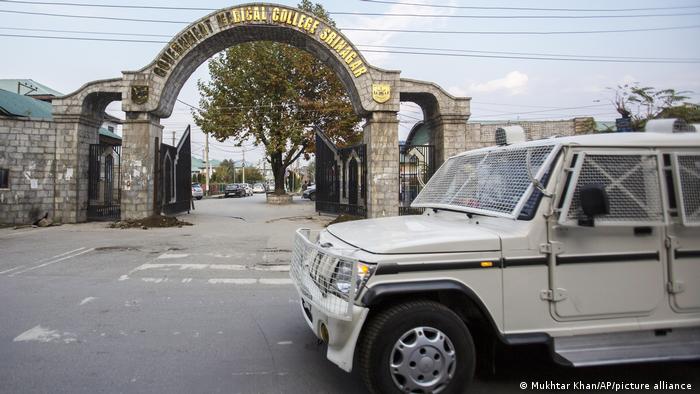 The students and staff at two medical colleges are being probed for violating an anti-terror law.

The law was amended in 2019 to allow the government to designate an individual as a terrorist.

Police have the powers to detain someone for six months without producing any evidence and the accused can be sent to prison, with a sentence of up to seven years.

Human rights organizations have described the legislation as draconian.

How did the students celebrate?

Police said some students and staff at the government-run colleges cheered and shouted pro-Pakistan chants during Sunday night's encounter, which took place in Dubai between the two cricketing rivals.

Pakistan thrashed their archrivals by 10 wickets, earning their first-ever victory over India at a World Cup across all disciplines of cricket. 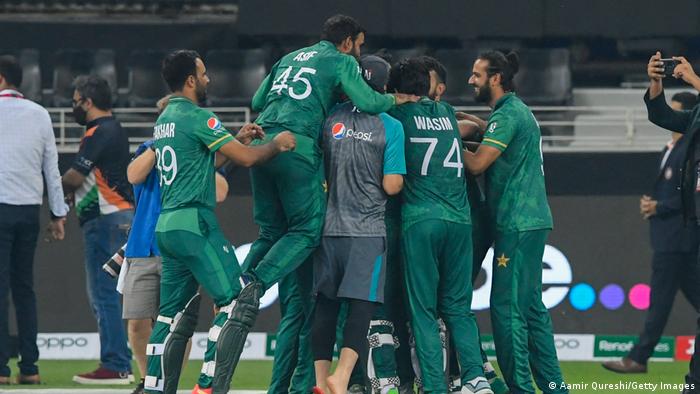 Minutes after the match ended, hundreds of people in Kashmir danced in the streets, lit firecrackers and shouted "Long live Pakistan."

The celebrations came as India's home minister, Amit Shah, visited the disputed region for the first time since New Delhi stripped Kashmir of its semi-autonomous status in 2019.

In doing so, it also dispensed with Kashmir's statehood and took away inherited protections on land and jobs.

The dispute over Kashmir began in 1947, after the British relinquished colonial rule of India and left behind two states: the secular Indian Union and the Islamic Republic of Pakistan.

A long history of animosity between India and Pakistan has fueled three wars since the subcontinent's partition, including two over control of Kashmir, which is divided between the two countries.

India and Pakistan claim Kashmir in full, but rule it in part.

It wasn't the only legacy of Britain's long colonial rule — cricket competition has also gripped the two nations, and is arguably more popular in the two South Asian countries than in the UK.