Creating sustainable communities in the Amazon

The small municipality of Ilha das Cinzas in Brazil has shown that sustainable cultivation can benefit locals and protect nature. The community has only recently gained ownership over the land they now work to preserve. 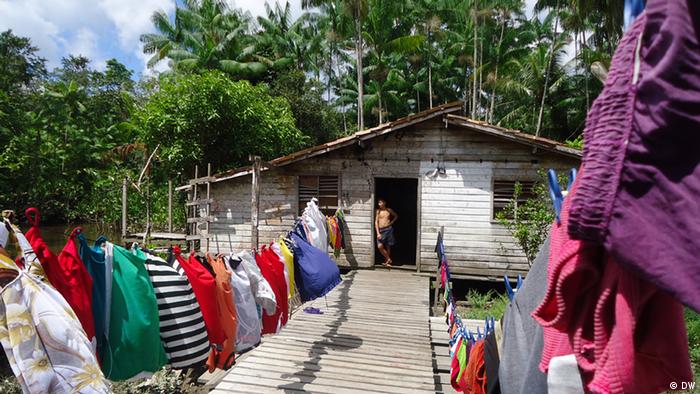 For generations, the inhabitants of Ilha das Cinzas, in the northern Brazilian state of Para, have been living on what nature provides them with. The rainforest and the Amazon river supply them with fish, crab, nuts and berries. But they've only just started to enjoy the fruits of their labor.

These days, all 60 families in the municipality own their own boat. Their houses are equipped with satellite dishes and there are shared computers with a satellite internet connection. Shortages in diesel fuel used to shutdown their electric generator, but this too is a thing of the past. 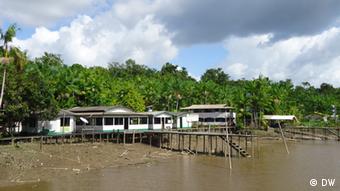 The people of Ilha das Cinzas live close to nature

But this modest degree of prosperity didn't come without a fight. "Everyone here used to be very poor. But, we've made real advancement here," said Manuel Malheiros de Oliveira. He's the leader of the workers' association in Ilha das Cinzas.

In the past, one landowner held control of the entire Gurupa region, which includes the island. The local population had to sell their harvest to him. In addition to that, he taxed them five percent for using "his" land. But in 2000, with the help of the labor union, the community revolted against him. 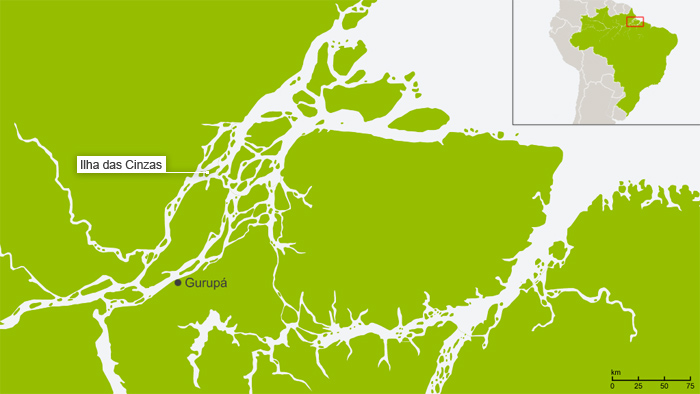 The "Patrao", as the landowner was known, controlled this land for decades. "But it turns out that the papers with which he documented his land ownership were mostly worthless or counterfeit," explained Manuel Pantoja da Costa. He is the president of the Instituto Gurupa. The group advises local municipalities on legal matters. They receive support from the national NGO Fase, which is an association of institutions that support social services and education.

"For ten years, we've been telling residents about laws and rights," said Fase activist and agricultural engineer Jorge Pinto. "With this knowledge they were able to fight for their rights by themselves." Once the struggle for self-determination began, more and more peasant groups and farmer communities in Gurupa got involved and claimed rights over the land. 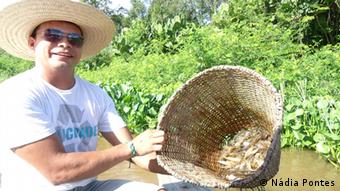 It took four years - from 2002 to 2006 - for the application to local government to be accepted. But eventually, all 60 families on Ilha das Cinzas were given land use rights. There is an agreement ensuring sustainable rainforest use here, which has been in place since 1997. The collective usage plan documents where and when farmers can grow crops, harvest vegetation or hunt.

These days, families limit themselves to 75 crayfish traps. In the past they would laid about 200. "The price of crayfish has risen and working hours have decreased," explained Francisco Barbose Malheiros. Islanders use the extra time to harvest Acai berries, which have become a huge source of income for the municipality. People used to earn minimum wage here, but now earn more than double that - about 650 euros ($813) a month. 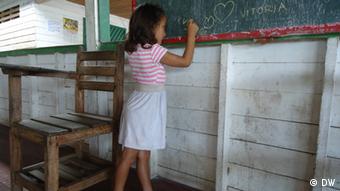 The people of Ilha das Cinzas are better off now

"The significant improvement in economic status is in direct correlation with the sustainable use of the rainforest," said the former director of the Brazilian Forest Service, Luis Carlos Joels.

Win-win situation
Self-government and sustainable practices have not only helped to reduce poverty, they also helped improve the health of the rainforest. The negotiation process is continuing and should see 99 percent of the administrative area of Gurupa regulated by collective agreements. It's believed this will safeguard the locals newfound economic mobility.

The changes over the past decade have made people feel attached to their homes and confident they can live here more easily than in the cities. "There you need money to survive," said Manuel Malheiro. "Here you only need to work with nature, without destroying it, and you'll never feel hungry."

Rainforest degradation in Brazil is slowing

Never before has so little rainforest been destroyed in Brazil's Amazon basin. The government has claimed this success as its own, but critics say that is not the case. (10.06.2012)

After publishing a series of apocalyptic predictions for the future of life on Earth, scientists say there is still time to prevent a climate catastrophe - if people aren't lured into a false sense of security. (08.06.2012)

Parts of Brazil's precious and endangered rainforest are being placed under special protection. (05.06.2012)