Cracking the bad eggs of the turtle trade

An ingenious project in Nicaragua has hatched a plan to thwart the illegal trade in sea turtle eggs by combining state-of-the-art printing with cell phone technology. Could it work? 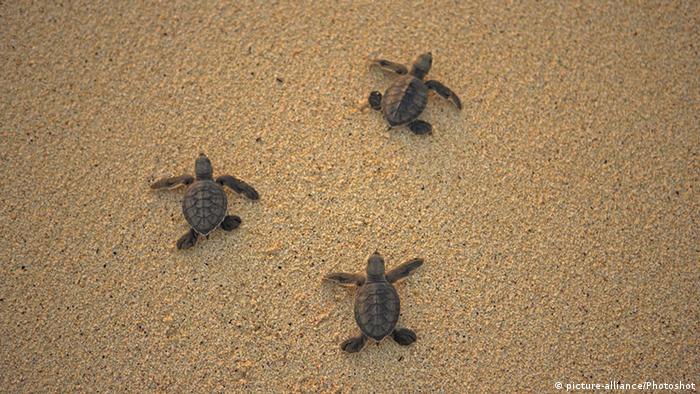 Each year, countless sea turtle eggs are poached from Nicaragua's beaches and transported to cities across the region where they are sold as food. That much is known.

But that is also more or less where the information runs out. Conservationists trying to put a stop to the practice don't know exactly who or what is involved in getting the wildlife contraband to its final destination.

Enter Kim Williams-Guillen, director of conservation science for the nonprofit organization Paso Pacifico. She has a theory.

"Our presumption is that the sea turtle egg trade is perhaps concealed within the legal trade in fisheries products," she told DW. Keen to test that hypothesis, she and her colleagues at the NGO have come up with an unlikely plan.

They've designed a "Trojan horse" in the form of phony sea turtle eggs fabricated with 3D printers. Although these silicone replicas mimic the heft and feel of real sea turtle eggs, instead of housing an embryo, they contain a GPS tracking device and a SIM card linked to a cellular network.

The nongovernmental group entered its ingenious idea into a contest sponsored by the United States Agency for International Development (USAID) to tackle wildlife trafficking through innovation, and forthat won $10,000  (almost 9,000 euros).

Teaming up with an LA-based special effects company, the NGO used its winnings to create egg prototypes, which they hope to deploy on Nicaragua’s beaches in the near future. 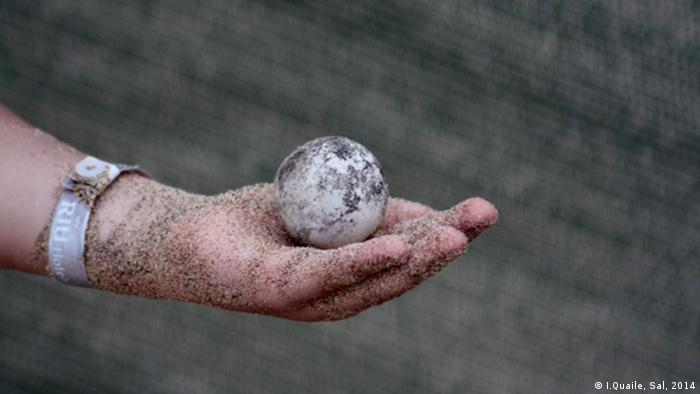 First they have to test the efficacy of the GPS transmitters, which Guillen is in the process of doing. She plans to enlist the help of her graduate students at the University of Michigan to act as surrogate poachers, by putting the prototypes into their backpacks so she can track their whereabouts as they roam around campus.

According to Guillen, the next step is to devise a realistic shell casing to envelop the electronic guts of the fake eggs. "If you pick up a sea turtle egg, it feels like a disposable water bottle, but with a much thinner wall," she said.

Paso Pacifico already works with local communities on the Pacific side of the Central American isthmus to restore nearshore ecosystems, which Guillen says are at particular risk from poachers.

Since 2008, the organization has hired and trained community-based rangers to monitor beaches in the La Flor Wildlife Refuge - home to two of the world's major nesting sites for olive ridley turtles.

"If a beach isn’t actively protected, a vast majority of the eggs will be poached," she said. The problem becomes especially acute during the "arribada," the term used to describe the arrival of thousands of female olive ridley turtles.

Under the cover of darkness, they crawl onto the beach to excavate nests and lay their eggs. Moving en-masse is part of an evolutionary strategy designed to overwhelm predators.

Although the residents of seaside communities rely on sea turtles for sustenance, since these eggs are an affordable and reliable source of protein, they are not the ones stripping the nests bare. 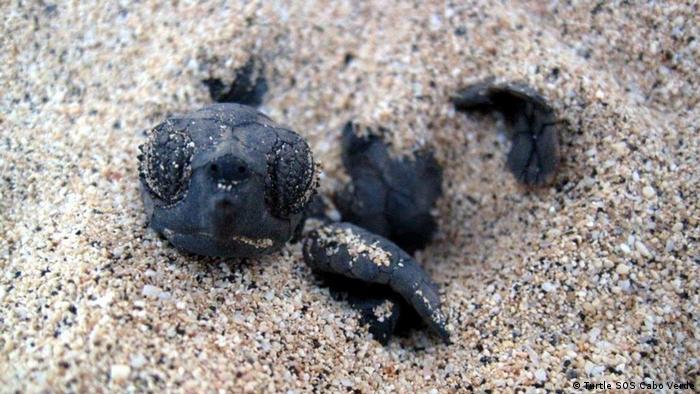 Guillen explains that the arribada attracts legions of outsiders who "often overwhelm the guards assigned to protect the beaches."

Danger in the shadows

The environment on those beaches is not only dangerous for the turtles and their eggs - it's also shady for people.

The most recent Global Witness report on deaths of environmental activists found that 1,029 had been killed worldwide between 2005 and 2015.

Among them was Jairo Sandoval, who was murdered in Costa Rica in 2013 while trying to protect leatherback turtle nests. His death made international headlines, and highlighted the dangers conservationists face if they choose to act against the illegal trade.

This shadowy yet ever-present threat is a major hurdle in the battle to find out exactly what happens to the eggs once they have been snatched.

Although they seem to simply vanish without trace, conservationists suspect that an informal network of brokers and organized gangs orchestrate their sale across the region - possibly even transporting them as far as El Salvador.

But they don't know for sure - and that’s where the fake eggs come in. The data collected could identify smuggling routes, and help locate transit hubs and places where the eggs are sold, whether that be a market or a restaurant in the Nicaraguan capital, Managua. 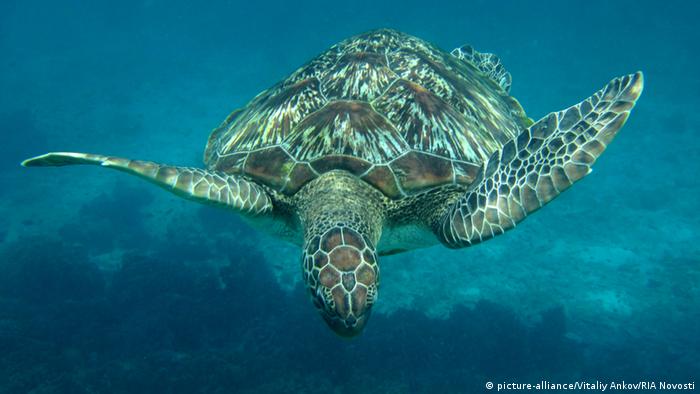 Such intel would, in turn, help conservationists in their ongoing efforts to protect these prehistoric sea creatures, whose populations have already been driven dangerously low by coastal development, pollution and commercial fishing.

Nicaragua is home to four of seven IUCN-listed threatened species: the olive ridley, the leatherback, the green and the critically endangered hawksbill sea turtle. Theft of their eggs poses a serious threat to their survival.

"If you don’t have the tools to tell you where those eggs are going, then you're two steps behind," said Alexander Gaos, a representative of the IUCN's marine turtle task force.

A multi-pronged approach is needed, he believes. "Beaches have been protected for decades, but there are holes - this research into the routes taken by traffickers will help to elucidate how this network actually works."