While many hope the easing of patents will make vaccines more accessible, South African virologist Wolfgang Preiser warns much of the developing world still lacks the means to produce vaccines on the required scale. 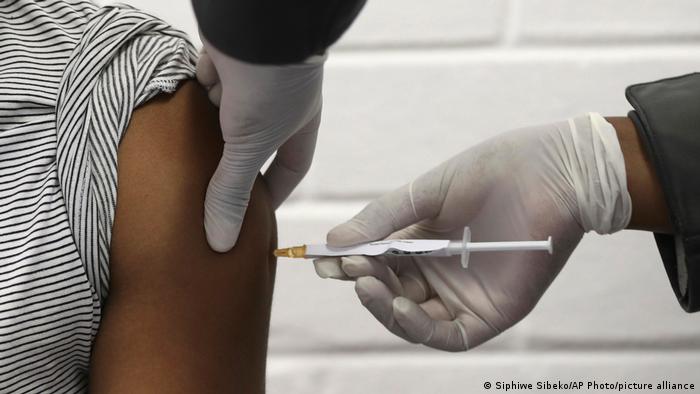 The US government this week expressed support for a global waiver on patent protections for coronavirus vaccines. The move sparked a stir among many experts and governments alike, who hoped the patent waiver could help expand global supplies of vaccines, as a devastating wave of the pandemic engulfs India, intensifying calls for rich countries tonarrow the gap with other poorer nations.

However, others are urging caution. Speaking to DW's Adrian Kriesch, Wolfgang Preiser, a virologist at the University of Stellenbosch in South Africa, says there is very little room for optimism in the short term, especially in developing countries.

DW: The US has announced plans to support the patent waiver for COVID vaccines. Do you think that will have an impact on vaccine distribution in African countries? 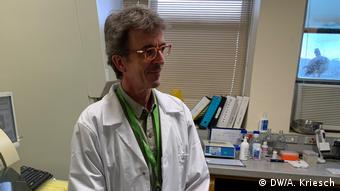 Wolfgang Preiser:I hope very much that it will have an impact, but not in the short term. I'm really wondering whether this will make a big difference when it comes to rolling out COVID-19 vaccinations across Africa. I just think the timelines needed, together with the need to have the appropriate facilities up and running at scale and at the relevant quality, is a is a big challenge.

Even America has had to shut down production facilities after hundreds of thousands of doses were messed up in the process. So, these are enormous challenges. And I just wonder about the world's capacity to upscale production of vaccines at short notice. But in the medium to long term, I hope [it is possible]. And if it is then still applicable beyond COVID-19, this may make a difference.

Are you saying the move will not create an impact even this year?

I am not a specialist when it comes to vaccine production. I just know that it is a very demanding process that needs to have many things in place — including skilled personnel and the appropriate facilities.

And we are already seeing that even some of the European manufacturers and Indian manufacturers that have these capacities are hampered by the US limiting the export of certain needed ingredients. So, it's a global challenge. It's immensely complicated. And I am not sure about the world's ability to scale up further and beyond what has been done already.

South Africa is one of the few African countries that has the capacity to produce vaccines. But even that doesn't mean that they are produced from scratch. Do you think that South Africa will prioritize vaccine production in a way that the country could eventually become self-reliant?

You know, it's a difficult subject, actually, the fact that vaccines are a difficult field for companies to invest in and to make a profit from. We have, in the past, had a shortage of tens of millions of doses of influenza vaccines after one out of a few production facilities experienced a contamination. We've run out of yellow fever vaccines when the stockpile was exhausted because the few manufacturers worldwide were not able to ramp up production sufficiently. So, it's not a new thing.

If I should look at the positive side of COVID-19, if there are any, maybe this is a wake-up call that Africa needs to invest [in vaccine production] — we also need to invest in times of peace. I mean, outside of pandemics when the public interest is less intense, including for politicians. Now we do see that we need to care and that it is important to have the capacity, when it is needed. But we don't know in advance when it will be needed.

As a medical virologist, I will advise that we should look a bit beyond the short-term prospect. Let's build a capacity that will take us safely through the future. And that, of course, also goes for relatively simple and cheap things like making masks and other protective items…Our present-day way of doing things, looking for the cheapest supplier and highly centralizing production of many important goods is not very robust. And it is not resilient in the face of global disruption as we are seeing with COVID-19.

Wolfgang Preiser is a virologist at the University of Stellenbosch in South Africa.

An IP waiver by the WTO would have made it easier for developing countries to produce COVID-19 vaccines and drugs. Wealthy countries opposed the move, arguing that a suspension of patents would stifle innovation.