President Joe Biden is expected to make the announcement before the G7 summit kicks off. The donation comes as the US attempts to reclaim its role as a global leader after four years of isolationism. 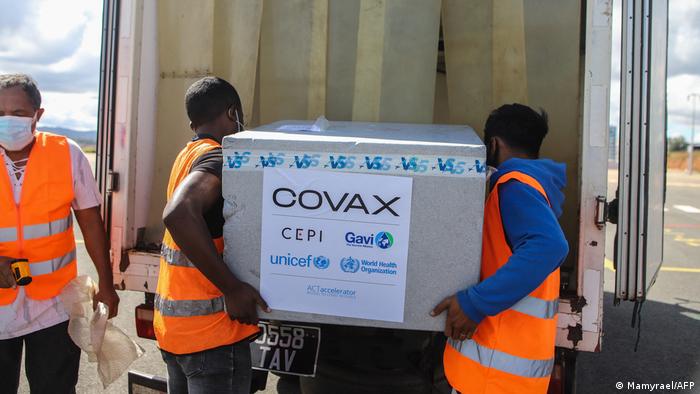 The White House said Thursday that United States President Joe Biden will announce that the US has ordered 500 million doses of the BioNTech-Pfizer COVID-19 vaccine with the aim of donating them to poorer countries.

It would be the largest COVID-19 vaccine donation by a single nation. Biden is expected tro urge Western allies to follow suit.

In a statement, the White House said the plan will "help supercharge the global fight against the pandemic."

It added that Biden "will also call on the world's global democracies to do their parts in contributing to the global supply of safe and effective vaccines.

"President Biden has been clear that borders cannot keep this pandemic at bay and has vowed that our nation will be the arsenal of vaccines."

Biden hinted at the announcement on Wednesday before departing for the G7 summit of the leaders of the world's leading industrialized nations (Canada, France, Germany, Italy, Japan, the United Kingdom and the US) in Cornwall, England.

When asked if he had a vaccine strategy for the world, Biden replied: "I have one and I'll be announcing it."

The new jabs will come on top of the 80 million doses the White House has already pledged to donate by the end of June, and on top of $2 billion (€1.6 billion) in funding for COVAX, a global initiative designed to provide lower- and middle-income countries with access to vaccines.

COVAX, which will also distribute the US jabs, is led by the World Health Organization (WHO) and the Global Alliance for Vaccines and Immunization (GAVI).

Is Germany helping other countries vaccinate?

Western countries — and the US in particular — have been criticized for stockpiling vaccines and the ingredients needed to make them, in what has been labeled "vaccine nationalism."

The US, which has the world's highest number of COVID-19 infections and deaths, has defended its approach, saying it had only taken necessary precautions to make sure that its own population could be vaccinated.

The shots would be distributed to 92 countries, with 200 million doses to be delivered beginning in August and the remaining 300 million by June of next year.

Initially sluggish, the US vaccination program went into high gear after Biden took office, with over 50% of Americans having received at least one dose so far.

The White House has brushed off suggestions the US announcement is part of a vaccine diplomacy contest with China and Russia, calling the move a further piece of its plan to reassert US leadership in a multilateral world after four years of isolationism under Donald Trump.

US seeks to repair frayed ties and trust among allies

The coronavirus, first identified in China in December 2019, has killed roughly 3.9 million people globally. Infections have been reported in more than 210 countries and territories.

Institutions such as the United Nations (UN), the International Monetary Fund (IMF) and World Bank have all warned that massive disparities in vaccination rates will prolong the pandemic, as new, possibly vaccine-resistant variants of the virus continue to develop.

Though industrialized countries have been able to inoculate large portions of their populations, vaccination rates in many poorer countries remain in the single digits.

In May, the European Union (EU) also announced that it would donate 100 million doses of coronavirus vaccine to countries in need.