The COVID-19 pandemic continues to disrupt travel around the globe. As a result, the 2020 ranking for the busiest airports in the world has been thrown on its head, with several big winners in China. 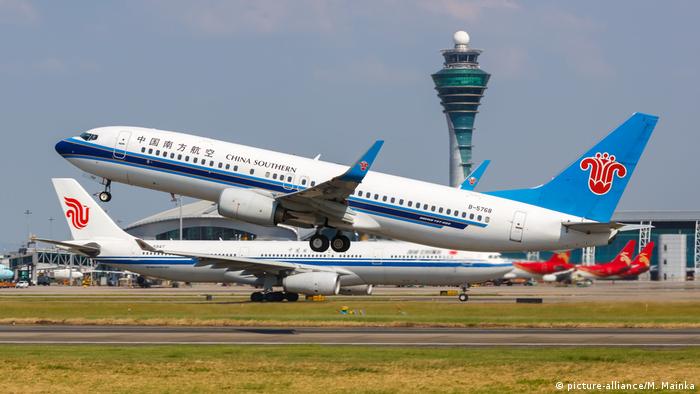 According to the airport trade organization Airports Council International (ACI), the Guangzhou Bai Yun International Airport in China recorded the most passenger traffic in 2020.

In the preliminary world airport traffic rankings, seven of the world's top 10 busiest airports were in China. The former world's busiest airport — Hartsfield-Jackson Atlanta International Airport in the United States — fell to No. 2 in the rankings after more than 20 years in the top spot.

That said, 2020's figures could prove anomalous, to put it mildly. The dramatic impact the COVID-19 pandemic has had on international and domestic air traffic is evident:

"The impact of the COVID-19 on global passenger traffic pandemic brought aviation to a virtual standstill in 2020 and we continue to face an existential threat," ACI World Director General Luis Felipe de Oliveira said.

While the world’s top 10 busiest airports lost 45.7% of passenger traffic, the overall worldwide impact was around 65%.

"The findings show that the impact remains uneven with different regions experiencing different challenges and requiring different policy decisions and support from governments to lay the foundation for recovery," de Oliveira said.

A prime example: Hongqiao International Airport in China moved from 46th position in 2019 to the 9th in 2020.

What we learn from China's pandemic response?

No European airports were part of 2020's top 10, while London Heathrow and Paris were in the 2019 rankings. Dubai and Tokyo also dropped off the list in 2020. 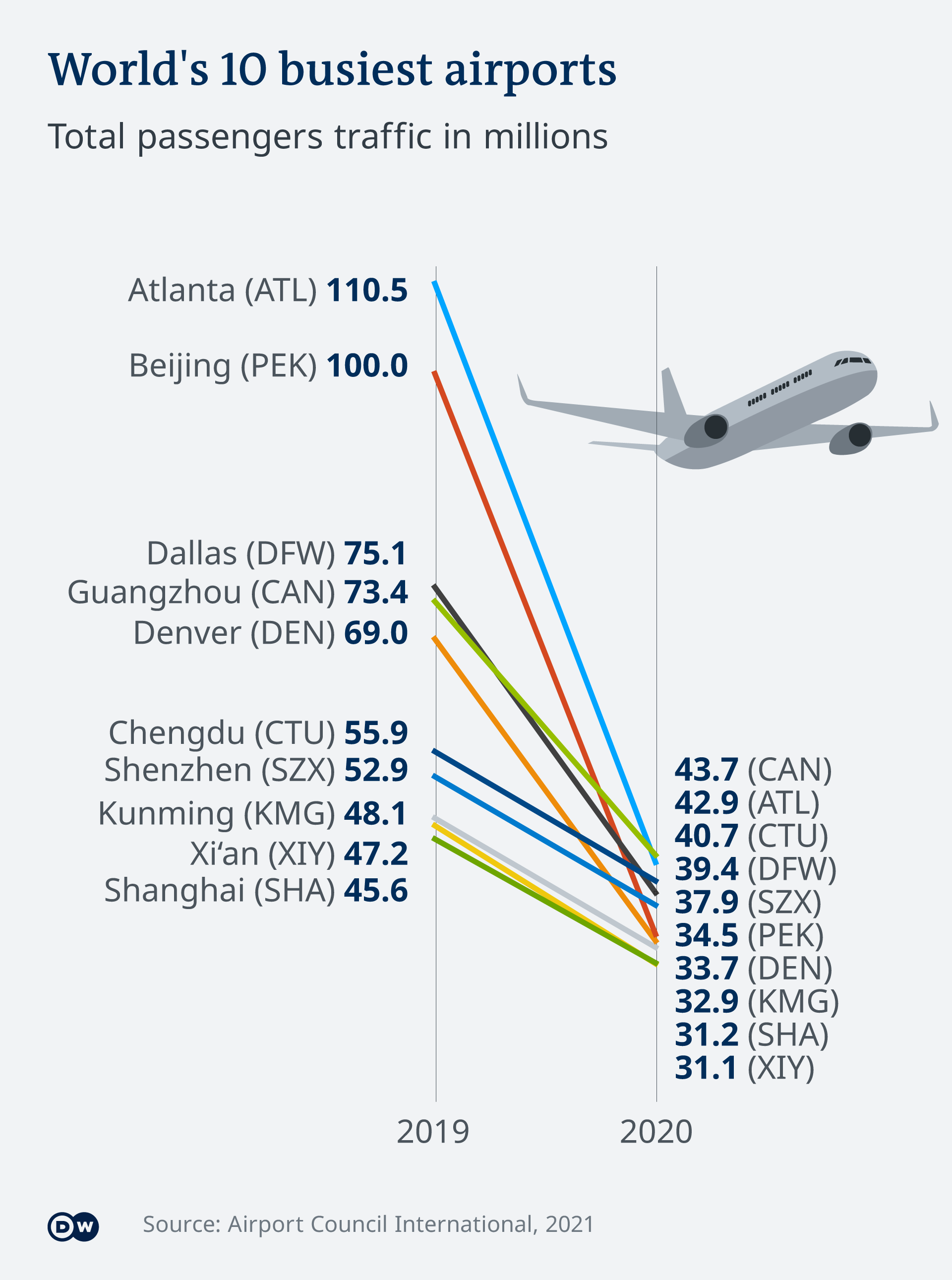 Although China logged the first coronavirus cases, it also had the situation back under comparative control far faster than most

For airports, revenues are tightly linked to traffic levels. But their fixed costs remain largely the same even as traffic decreases.

Even with reduced operations, the closure of terminals and staff layoffs, this imbalance remains.

"There is no denying the current economic realities — and the financial shortfall they create — that airports face," Luis Felipe de Oliveira said. "Airports are economic generators, bringing socio-economic benefits and jobs to the communities they serve, and governments need to provide the necessary financial alleviation and assistance to suit local circumstances."

"A sustained global recovery will only be realized with an escalation of vaccination campaigns, the continued development of digital health passes and coordinated and cohesive policy support from governments," ACI Director General de Oliveira said.