Mental health experts stress that it's important to tackle the problem immediately to prevent it from turning into a major health and social crisis. 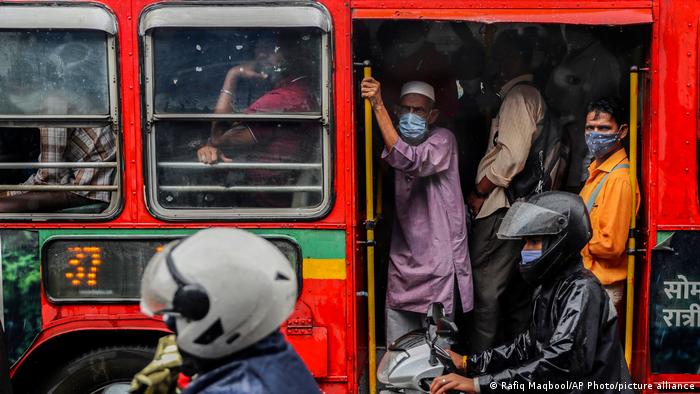 In India, depressive and anxiety disorders both saw an increase of 35%, said a recent Lancet study

The coronavirus health crisis and the restrictions imposed on public life to combat the spread of coronavirus  have had a terrible effect on people's mental health and well-being in India.

A range of factors, including restrictions on social contact, lockdowns, economic insecurity, and school and business closures, have contributed to a steep rise in cases of depression and anxiety.

The pandemic's impact on mental health is, however, not limited to India.

A study published by The Lancet medical journal on October 8 concluded that major depressive and anxiety disorders, especially among women and youth, have increased substantially worldwide.

The researchers estimated an additional 76.2 million cases of anxiety disorders and 53.2 million more cases of major depressive disorders in 2020 because of the pandemic.

This represents respective increases of 25.6% and 27.6% in the disorders.

A report published by UNICEF ibn October also revealed the mental health impact of the pandemic on children and young people in India.

It warned that they could feel the impact on their mental health and well-being for many years to come.

"What we know about the mental health impact of the pandemic on children is just the tip of the iceberg," said UNICEF India Representative Yasmin Ali Haque.

The UNICEF report found that around 14% of the 15 to 24-year-olds in India, or 1 in 7, reported often feeling depressed or having little interest in doing things.

The Indian Psychiatric Society and the Indian Association for Child and Adolescent Mental Health have also studied the long-term consequences of the pandemic and lockdowns on children's emotional well-being and mental health.

"Appropriate measures need to be taken to safeguard the interests of these vulnerable groups. Improving treatment for those who develop a mental disorder should be central to efforts to improve support services," a Delhi-based psychiatrist, who asked not to be named, told DW.

Specialists working in the area of mental health stress that it's important to tackle the problem immediately to prevent it from turning into a major health and social crisis.

"Overall, there has been an increase in mental health patients. I see a lot of cases of panic attacks and people with bursts of fear or anxiety," Anjali Nagpal, a top psychiatrist, told DW.

"If untreated, this could well be the next crisis we might have to deal with," she said.

"The post-COVID landscape will be a fertile breeding ground for an increase in many health issues, leading to an overall rise in morbidity, suicides and the number of disabilities linked to mental health," Nelson Vinod Moses, of the Suicide Prevention India Foundation, told DW.

Moses believes that another public health crisis is brewing in the country and that it could perhaps unleash more death and despair than that caused by COVID-19 itself.

"Mental health needs a multipronged approach, involving the creation of social, psychological and economic safety nets," Moses said. "We need a large-scale public health campaign that tackles mental health and suicide in the same way we attacked polio and AIDS."

Experts say the coronavirus pandemic has provided a unique opportunity for the National Mental Health Programme to broaden its agenda from a focus on reducing the treatment gap for people affected by mental disorders to the improvement of mental health for the whole population, including suicide prevention.

"That we need more health professionals is a well-known fact in the country. This ongoing crisis should be a wake-up call," Nagpal said.

COVID: Will India see a third wave in winter?

Despite a decrease in new infections, Indian health experts are warning of a likely third COVID wave. Waning alertness combined with the festival season could create the ideal breeding ground for a new surge, they say.