The Russian capital has ordered the 11-day closing of all non-essential businesses and schools. Thursday saw new record COVID-19 case numbers and deaths. 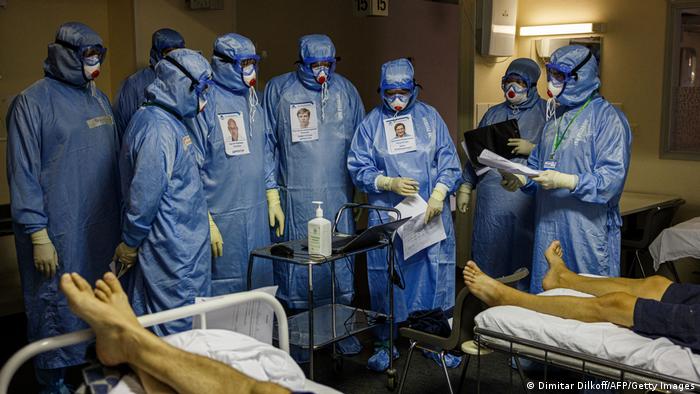 Moscow went into lockdown Thursday until November 7 to combat a surge in COVID cases.

It comes as Russia officially recorded more than 40,000 new COVID infections and 1,159 deaths.

Russia has officially recorded nearly 8.4 million cases and more than 235,000 deaths since the pandemic began, though the official statistics agency Rosstat said in October there have been 400,000 deaths due to COVID-19. Independent experts say Russian authorities have severely understated coronavirus figures in the country.

The Moscow lockdown in detail

The Moscow lockdown is the strictest since June of 2020. Retail outlets, restaurants, sporting and entertainment venues, schools and kindergartens will all be closed and only shops selling food and medicine and other essentials are permitted to remain open.

AFP reports many were planning on using the paid holiday Putin ordered last week from October 30 to November 7 to go on holiday, with demand surging for airline tickets to Turkey and Egypt and the mayor of Sochi preparing for an influx of tourists.

Muscovites were not being ordered to stay home and the metro remained packed, with many foregoing masks. Hospitals in the capital are also slammed with COVID-19 cases.

The rate of vaccinations in Russia

Despite the availability of a vaccine, the Russian Sputnik V, many remain hesitant to get the jab and only 32% of the population is fully vaccinated, according to the Gogov website which tracks COVID figures.

Russian President Vladimir Putin has lamented the unwillingness of Russians to get vaccinated.

Kommersant reports the presidential administration is working on a relaunch of its COVID-19 vaccine campaign with a less vexing message focusing on freedom from lockdown as opposed to scary consequences such as death if one fails to get the shot.

Experts had urged the Russian government to set up a group to conduct the campaign and focus broadly on the regions but that message went largely unheeded.