COVID leads to erosion of fundamental rights and freedom | Germany| News and in-depth reporting from Berlin and beyond | DW | 05.05.2021

The coronavirus pandemic has led to an erosion of basic rights around the world. The "Atlas of Civil Society" shows that many governments restricted citizens' freedoms under the guise of fighting the spread of the virus. 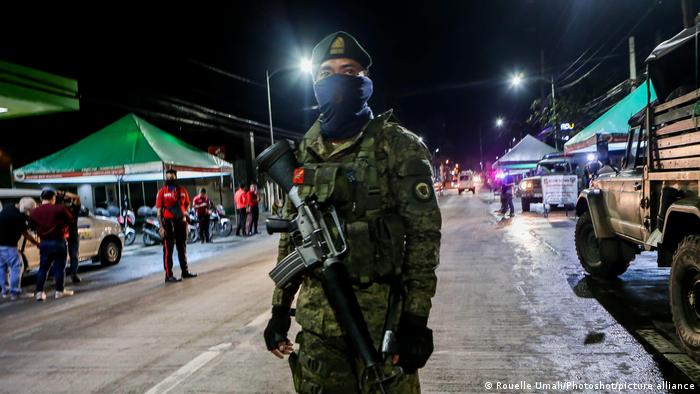 The "Atlas of Civil Society" report is full of examples of restricted freedoms: overcrowded prisons in the Philippines, arrested journalists in Zimbabwe, threatened human rights defenders in Mexico. For the fourth time, the organizations Bread for the World and Civicus published a comprehensive report on the situation of civil society organizations and their members in almost 200 countries.

"2019 was a year of protests," said Dagmar Pruin, chairperson of Bread for the World. "Worldwide, people took to the streets. And this mobilization continued in 2020, for example in the US, or in Belarus."

There were also protests in connection with the pandemic, for example by people calling for more financial assistance and less corruption.

"But in response to this, the governments in many countries didn't fight the causes of the protests, but the protesters," Pruin said.

The picture for 2020 is bleak. According to the report, 88% of the world's population lives in restricted, oppressed or closed societies. The remaining are classified as impaired or open societies.

Germany counts as open because civil society organizations suffer no restrictions, and information is easily accessible. Only 42 of the 196 examined countries are considered open. And that does not include all 27 EU member countries.

According to the report, the pandemic served simultaneously as a catalyst and a magnifying glass.

"What we can see is that the pandemic has basically exposed the weaknesses found in some systems and regimes," says Silke Pfeiffer, head of the human rights and peace department at Bread for the World. "And in many places, there has been a tendency to counter problems revealed by the pandemic with excessive authority which terrified the citizens."

For example, 100,000 people were arrested in the Philippinesfor allegedly not adhering to corona rules, 17,000 were arbitrarily detained in quarantine centers in El Salvador, including a human rights activist who was held in detention for three weeks before even being tested for COVID-19. 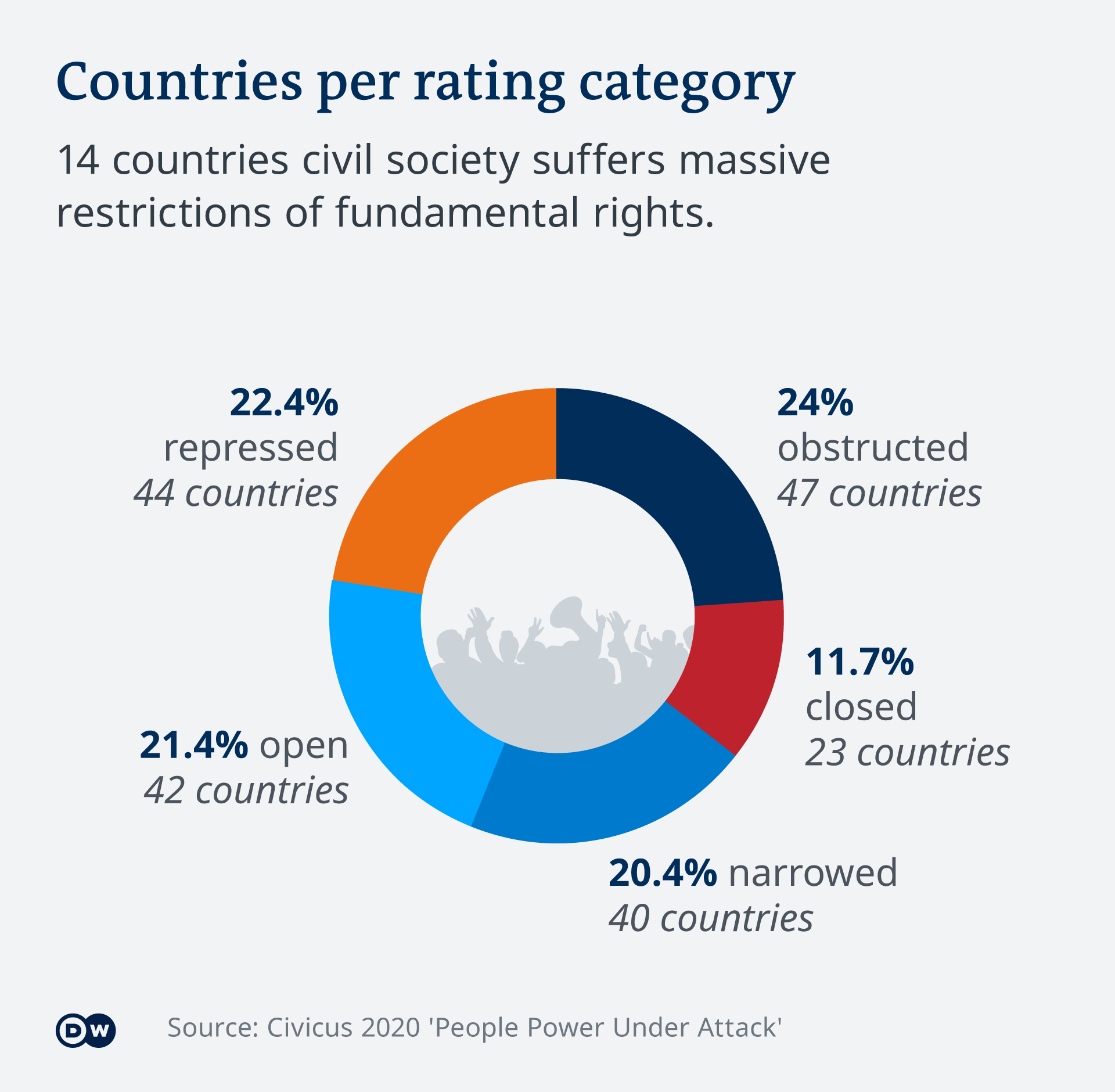 An increase in police violence is also a big problem. Lockdown measures, according to the "Atlas of Civil Society," were implemented with a heavy hand in some countries.

A survey of almost 400 journalists showed that people in 59 countries experienced police violence in relation to the coronavirus. In Colombia, almost 50 non-governmental organizations published a joint statement complaining about violence by the police, which has become increasingly militarized.

Suffering under the measures

In many countries, measures to curb the pandemic have also been abused to undermine democracy and put human rights activists and journalists under pressure.

In Mexico, human rights defender Clemencia Salas Salazar has long been under police protection, under the guard of two police units. In March 2020, her protection was reduced to a single police officer, on the grounds that the rest were needed to fight the pandemic. The non-governmental organization Amnesty International was one of several groups that pointed out that this was insufficient. In June her protection was stepped up again.

Pandemic regulations in several countries also put journalists under pressure. In the Philippines, the broadcasting license of the largest news broadcaster, ABS-CBN, was not renewed. The station had repeatedly criticized President Rodrigo Duterte's government.

"This means that an important source that could have provided the public with objective and critical information was missing during the pandemic," says the "Atlas of Civil Society."

In other countries, laws have been passed under the guise of fighting pandemics that undermined or brought democratic processes to a halt. In Cambodia, a country that officially did not have a single corona death in 2020, parliament passed "a vaguely worded law that gives the government the authority to declare a state of emergency."

The "Atlas of Civil Society" doesn't give much cause for hope of improvement.

"In 2020 the situation worsened exceptionally," said Pruin. There was, however, one more positive development: many civil society organizations have been able to close the gaps that their governments failed to fill, and have dealt with the corona crisis creatively.

One example of this was in Brazil. The organization Assesoria e Servicios a Projetos em Agricultura Alternativa (ASPTA) bought food from small farmers who could no longer sell their products due to closed markets and transport routes. The organization then distributed the food to day laborers who had lost their livelihood during the quarantine.

How Important Is Free Speech?

What does freedom of speech mean to you? That’s the question that we’re tackling on The 77 Percent this week. We talk to young people around Africa about why they think it’s important to speak up.

You want viability? You need a culture of safety!

In a time of journalistic peril, news organizations and journalists must protect themselves, their profession and their vital role in global society. By Elisabet Cantenys