COVID: Can I get reinfected with the new omicron BA.2?

You got omicron in January and you've felt protected. But it's a few months on and a subvariant called BA.2 is spreading fast. So can you get omicron twice? 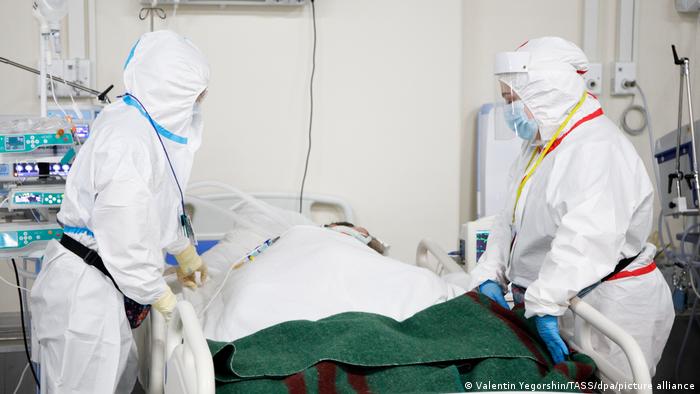 If you had omicron late last year and recovered, you may have felt somewhat protected by the immunity you get from the infection — the antibodies it produces. You may have felt even more protected if you were vaccinated. But that protection has been shown to wane over time — sometimes over a relatively short space of time.

And now there's a new omicron subvariant — or sublineage — called BA.2. And you may be wondering whether you can still rely on that natural or vaccine protection.

When the omicron variant of COVID-19 started to spread in late 2021, it ushered in the biggest wave of the coronavirus pandemic. Omicron was widely thought to cause milder infections than previous variants, but it was also much more contagious.

People who had recovered from COVID got it and vaccinated people got it, too — even those who had had a third, booster jab.

BA.2 may be more contagious than the original omicron, known as BA.1.

But the science is inconclusive and the scientists are divided. Some say we may be dealing with a completely new variant of the coronavirus, SARS-CoV-2. It makes it difficult to know where we stand. But here's what we do know.

Reinfections may be possible

Early data out of the UK show that some people have been getting both the original omicron variant BA.1 and its subvariant BA.2.

That appears to be backed up by anecdotal evidence from the Vanderbilt University Medical Center in the US. Doctors there told DW that they had seen cases of people getting reinfected with omicron, like the doctors in the UK.

But Shira Doron, an attending physician and associate professor at Tufts University School of Medicine in the US, said she hadn't seen any omicron reinfections at all.

Doron says cases that have been reported as reinfections may in fact be "false positives."

"Whenever I see someone reinfected, I always invite them to retest, and I very often find that on that retest, they are negative," Doron says.

Reinfection may be rare

A Danish study from late February suggests that reinfection is possible but that it is extremely rare.

The study looked at about 1.8 million cases during the initial omicron wave of late November 2021 to mid-February 2022.

During that time, the researchers say doctors recorded 187 COVID reinfections. And 47 of those reinfections involved people who had had both BA.1 and BA.2.

That's a very low ratio — 47 in 1.8 million — suggesting that reinfections are indeed rare. But the data may change the longer we collect it.

Monica Gandhi, a professor of medicine at the University of California, San Francisco, says omicron reinfections could become more common than the Danish study suggests. Gandhi says the antibodies provided through infection or a booster vaccine may only last around four months. So, as that protection wanes, we become vulnerable again.

But that's not what researchers are seeing in Israel.

Cyrille Cohen, a doctor and advisor to the Israeli Ministry of Health, says that the data collected there indicate that reinfection over a short period of time — that is, within two months — is very rare.

Cohen says that among 2.5 million people who tested positive for the coronavirus between November and early February, they observed only a few hundred cases of reinfection.

Is BA.2 just another omicron?

As with all the data on BA.2, the science is also divided on its origin.

In late February, the World Health Organization said in a statement on BA.2 that it "should be considered a variant of concern and that it should remain classified as omicron."

Cohen appears to agree — at least on the latter point that BA.2 is another form of omicron. The doctor says BA.1 and BA.2 are genetically similar. As a result, says Cohen, we're unlikely to see a big wave of BA.2 infections because so many people are already immune to BA.1.

But that, again, is not what other researchers are seeing.

A Japanese study published in mid-February suggest that there are significant genetic differences between BA.1 and BA.2 and that they may be bigger than we think.

The researchers write that BA.2 is so genetically different from BA.1 that it deserves its own letter of the Greek alphabet — meaning that it should be recognized as a separate variant of the original coronavirus.

They have found that the BA.2 variant was not only more transmissible than BA.1 but also that BA.2 is better at evading existing immunity to the virus.

However, their studies used a BA.2 pseudo-virus rather than the real virus and that may mean they would get different results if they did similar tests with people.

Vaccines have been shown to provide a good level of protection against COVID-19. You may still get infected but you are less likely to experience a severe infection.

As for reinfection, the research we found was again, so far, inconclusive.

One study out of Austria in March showed that unvaccinated people, whose first encounter with COVID was omicron, only developed antibodies against the BA.1 variant. It is likely, say the researchers, that those people had no protection against other COVID strains.

Meanwhile, another study out of the US showed that people who were vaccinated when they got BA.1 developed robust antibodies against BA.2.

The study authors say that "the one person who did not have detectable neutralizing [antibodies] was unvaccinated."

Any useful take-aways on BA.2?

Given everything we don't know, here's what seems true enough: BA.2 is spreading fast. It appears to be 30% more contagious than BA.1.

It has been circulating around Europe since early February. That's excluding Germany, which saw its highest number of infections yet in mid-March. And there is no end in sight.

Only a few countries are reporting more new coronavirus infections compared with the previous two weeks. DW sums up the global data on the current situation in three charts.

COVID-19 Special: Is now the endgame for the pandemic?