The coronavirus infection rate in the German capital is at its highest for five months, and young people are now the most likely to get infected. But socializing, clubbing and university classes are all going ahead. Many young people in Berlin spent the summer socializing outdoors

The weak autumn sun is not giving out much heat, but, in Berlin's trendy,bustling Neukölln neighborhood, many people are still spending time outside. Huddled up in jackets and scarves, they share beers in parks or sip coffee at street cafes.

The summer was defined by outdoor socializing, but this will become harder as temperatures drop. Epidemiologists say that more people spending time together inside increases the chances of the coronavirus's spreading.

On Thursday, disease control agency the Robert Koch Institute reported that the seven-day average infection incidence rate in the German capital had reached 108 per 100,000 residents, well above the national rate of 85 and the highest since May, when many restrictions were lifted. 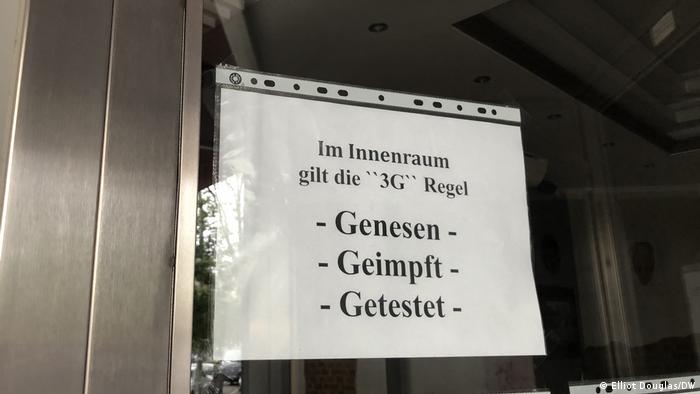 Last winter, before the vaccination rollout, older people were more at risk. Now in Berlin over half of new cases are those aged under 35.

Everyone aged 12 and over has been able to get vaccinated in Germany for several months and the national vaccination rate is hovering at around 70%. Hospitalization and death rates remain relatively low among young people — but experts say caution is still needed.

In Berlin, public spaces like bars and restaurants have two legal options for COVID restrictions — known as 3G and 2G meaning "vaccinated, recovered or tested" ("geimpft, genesen oder getestet"). Under 3G rules, proof of one of the three is sufficient; under 2G, test certificates are not accepted. 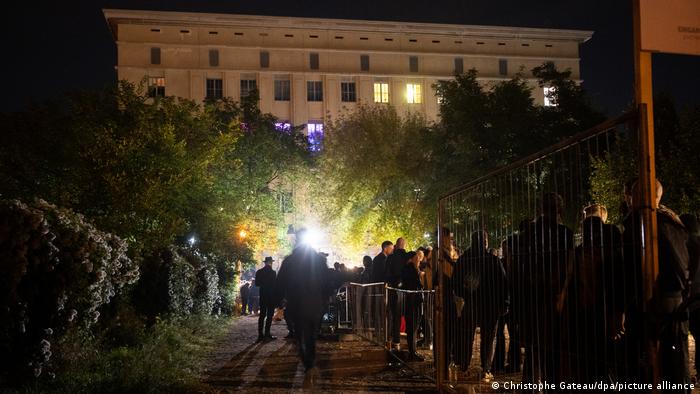 But while some establishments religiously check the proof, others have let it slide.

"We've always been a little inconsistent," an unmasked employee at a café in Neukölln that practices a 3G policy admitted when asked about the requirement to examine customers' vaccination or test certificates. "And I don't know if that is unique really."

2G businesses became a more common sight when the option of free tests was removed by the German government earlier in October. Now anyone who is not medically exempt from being vaccinated has to pay to be tested — typically around €20 ($23).

For small cafes and bars, there is a clear advantage to 2G — under this system, social distancing requirements are removed indoors. This means tables can be placed closer together, increasing the number of customers.

And 2G also allows dancing without masks. Berlin's most famous nightclub, Berghain, opened its dancefloor for the first time in 18 months earlier in October under 2G restrictions. But a coronavirus outbreak has been linked to that first night, with thousands contacted as being at potential risk.

Authorities say they believe that the club workers were diligent in checking vaccine and recovery certification, meaning those infected may have had so-called breakthrough infections. For some, the attitude toward these infections is pragmatic.

"We believe it's part of normality. It's a risk we live with now," Lutz Leichsenring from the association of Berlin clubs told the dpa news agency.

Some places do not want to run this risk and say 2G and 3G are not enough. Under informal 1G arrangements, only those who are vaccinated are allowed into businesses.

"Everybody here is vaccinated, and we do not take new unvaccinated members," the manager of a "1G"-policy co-working space told DW. "Everybody who was infected should get a second shot anyway, so 1G is safe."

This system has proved controversial. In September, a Berlin restauranteur received death threats after running an Oktoberfest event under a 1G policy. 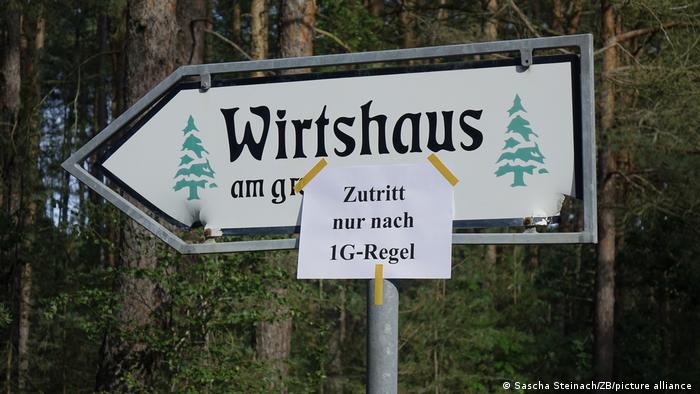 Meanwhile, university terms have started again — and for many students, it is the first time they are attending class in person. Most of Berlin's universities are prioritizing in-person classes with a 3G policy, though one student at Berlin's Free University explained that many courses have an initial virtual class "to discuss how to proceed."

Another student at a smaller Berlin university said that his course is one of only a few taking place entirely in-person — and restrictions are largely adhered to.

"The building still seems rather deserted. We have to show a negative test or proof of vaccination at the entrance every time," he explained. "We as a class decided to take off our masks and try to air the room out regularly."

But hygiene measures can be erratic, he added. "During long seminars, the room is supposed to be 'intermediately cleaned' during the break, but as far as I know, this has never happened."

The political pressure to avoid re-introducing strict restrictions is high, and German Health Minister Jens Spahn expressed his wish to remove the state of emergency as soon as November.

The pandemic certainly seems distant when walking down the busy streets of cold, sunny Neukölln — but the seven-day incidence rate in this youthful neighborhood is the highest in Berlin. With vaccination rates stagnating among all age groups, the rate of infection among young people seems only likely to rise further.