Ventilators are in high demand because of COVID-19. Supply is tight. As an alternative, could we get oxygen through our backsides? It's not as odd as you might think. 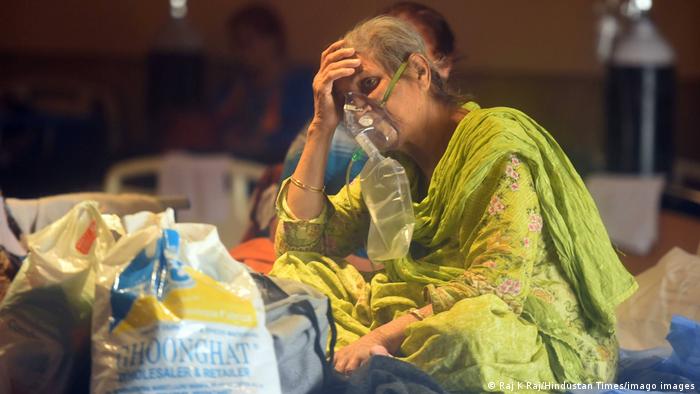 Japanese researchers say mammals can breathe through their intestines.

The researchers put pigs and rodents in life-threatening situations by reducing oxygen flow, and then prevented respiratory failure by delivering oxygen via the animals' rectums.

Their findings, published in the journal Med, could pave the way for new therapies to balance oxygen levels in humans when their lungs fail, and mechanical ventilation is limited or unavailable — as is often the case for COVID-19 patients who need intensive care.

"Artificial respiratory support plays a vital role in the clinical management of respiratory failure due to severe illnesses, such as pneumonia or acute respiratory distress syndrome," write the researchers, including lead author Takanori Takebe, of the Tokyo Medical and Dental University.

"Although the side effects and safety need to be thoroughly evaluated in humans, our approach may offer a new [way] to support critically ill patients with respiratory failure," Takebe said in a Cell Press article.

Takebe said the inspiration for the research came from some aquatic organisms that are known to breathe from the gut. 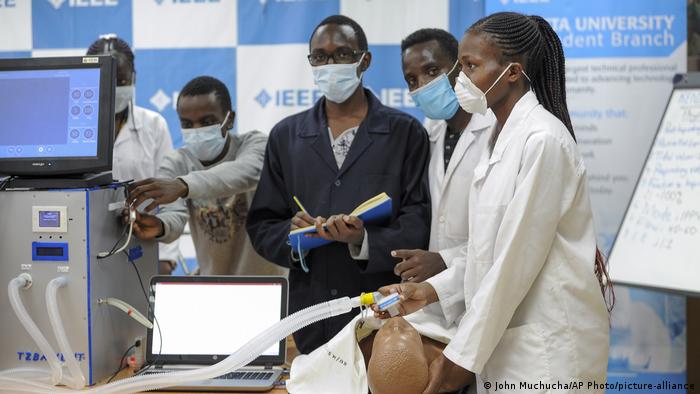 So the researchers wanted to see whether the same was true in mice, rats and pigs — common animal subjects new ideas are tested on humans.

"Also, we know that [parts] of the rectum are suitable for drug or nutrient absorption," Takebe said.

The rectum can serve as a route to administer drugs or fluids, which are then absorbed by blood vessels and flow into the body's circulatory system.

The researchers injected oxygen through the rectums of anesthetized mice in an oxygen-deprived environment, using an enemalike procedure.

An enema involves inserting a liquid into the rectum or colon by way of the anus. Simple enemas from a pharmacy may consist of a bottle and nozzle with a liquid solution.

In their study, the researchers say that mice died after 11 minutes of extremely low-oxygen conditions.

But they say that when they used their method of providing oxygen through the rectum, 75% of mice survived 50 minutes of deadly low-oxygen conditions.

The procedure is "limited to 20-60 minutes and is not a permanent rescue," the researchers said.

They said they also had to scrape the intestinal lining for the method to work.

That makes it unlikely to be clinically feasible, especially in severely ill patients, they said. And other experts in the field agree.

"The intestine was scraped to thin it so that oxygen could be absorbed by thin membranes, and that showed the improved oxygenation," Dr. Akshay Budhraja, a pulmonary consultant at the Aakash Healthcare Super Speciality Hospital in New Delhi, told DW.

"But this idea seems impractical on humans, considering the complex human anatomy and the procedure of thinning the intestine or any other visceral layer in a sick patient," Budhraja said.

Budharaja was not involved in the Japanese study. But India is battling an intensive wave of COVID-19 infections and has a shortage of traditional ventilation machines as a result. So, any new research would be welcome. And not only there.

The pandemic has overwhelmed the need for ventilators worldwide.

Ventilators are machines that pump air into the lungs to keep sick or injured patients who cannot breathe sufficiently themselves alive.

Their study, published in the journal SN Comprehensive Clinical Medicine, evaluated the effectiveness of introducing ozone through the rectum in four COVID-19 patients with severe pneumonia.

They found that rectal ozone improved levels of oxygen in the blood and decreased inflammation in patients with severe COVID-19 pneumonia. Ozone is a gas made up of three oxygen atoms.

The authors concluded that rectal ozone was an effective, safe, cheap and simple alternative for the management of severe pneumonia in COVID-19 patients.

Mice receiving the therapy could walk farther in an oxygen-deprived chamber. More oxygen reached the heart, compared to those that did not receive oxygen through the rectum.

The researchers found similar results in pigs, who share more physiology with humans than mice.

The Japanese scientists said that if the new method of injecting oxygen through the anus were scaled for human application, it could be used to treat patients with severe respiratory failure as seen in COVID-19 patients.

Budhraja said there was still a long way to go for the method to be effectively used in humans.

Intestines have a limited capability to exchange gas, Budhraja said, which means that they may not be able to maintain an optimum oxygen level in life-threatening situations and prevent damage to vital organs.

Takebe said more work would need to be done to "cautiously evaluate" the safety of the process in humans. The team plans to expand its preclinical studies and apply for permission to carry out the clinical trials within the next two years.

The contract will allow for the purchase of an initial 900 million shots and of a serum adapted to the virus' variants. Countries will also be able to resell or donate doses outside of the EU, through COVAX.