Barely keeping their heads above water due to COVID restrictions since 2020, the floods in July have also badly affected cultural bodies in two German states. 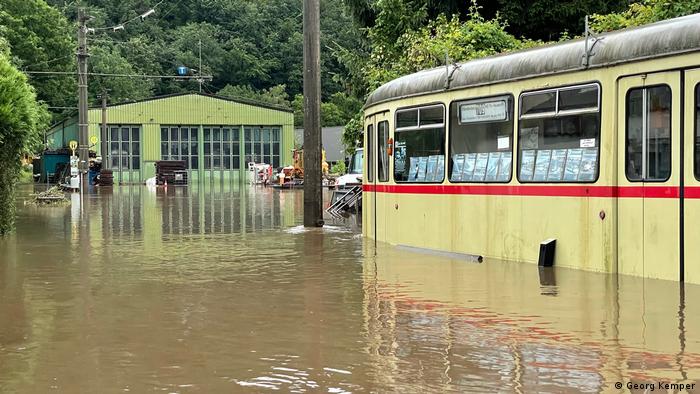 Streetcar museum in Wuppertal under water

The German states of North Rhine-Westphalia and Rhineland-Palatinate are still assessing the impact of the devastating floods that hit them in mid-July.

With more than 180 people dead and just as many still missing, and losses running into the billions, the damage is staggering. But what is only gradually becoming apparent is that many cultural institutions have been badly hit too: publishing companies, museums, archives, galleries, churches, and in Wuppertal, even an opera house.

"It sounded like the Niagara Falls," recalls Marietta Thien. When she and her husband woke up on the night of the disaster, the alarm clock showed 3:45. It had been raining heavily for hours. The drains in Metternich, a district of Weilerswist near Bonn, were no longer able to absorb water. In the main street, the water was knee-high.

Then the unthinkable happened: to prevent the walls of the Steinbachtal Dam from breaching, the authorities decided to release water from it. "The tidal wave of the Swist stream hit our village with great force," Andreas von Stedman told Deutsche Welle."Nobody had warned us!" 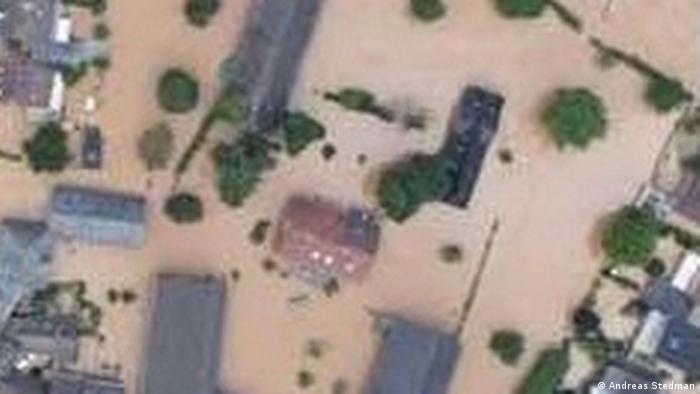 Sunken in a large brown lake: the courtyard of the Velbrück book and science house in Metternich, Rhineland

It is a miracle that this move caused no fatalities. However it flooded the buildings of the Velbrück publishing house — of which Thien and von Stedman are director and managing director respectively.

The water destroyed a book warehouse, engulfed cellars, and in one fell swoop rendered furniture, computers, and company cars useless. Drone footage of its cultural hall, where readings and concerts are usually held, shows the place submerged in a huge brown lake. The water stands three meters high in Velbrück's historic collection of buildings that publishes works on philosophy, culture, humanities, and social sciences. Thien and von Stedman were stunned. "Everything is destroyed!"

The Wuppertal Opera House in the Barmen district was also badly hit. The combination of heavy rain and the rapidly rising Wupper River caused water to wash into the technical wing under the stage of the historic building, the orchestra pit, the instrument storage, and the tuning room of the 80-member music ensemble.

How the German floods affected the culture sector

Worse still, it destroyed stage and lighting technology, and ventilation, heating, and fire alarm systems. "For now, no performance can take place here any longer. After the long COVID drought, this is another severe setback!" opera managing director Daniel Sieghaus told Deutsche Welle.

Just like in other flood-hit areas, craftsmen and technicians are combing through what remains looking for defects, and the damage caused by the flood is yet to be quantifiable. However, Rolf Reuter, head of stage technology, reckons that the "damage is worth millions."

What makes replacement procurement more difficult is that public companies like the Wuppertal Opera House must offer tenders for purchases and construction contracts throughout Europe. And that can take time.

Perhaps lawmakers should think about accelerating tender awarding procedures? For the time being, the Wuppertal Opera must switch to alternative venues — the Theater am Engelsgarten and the Historische Stadthalle.

Private cultural initiatives have also suffered, as evidenced by what happened to the heritage tram museum situated in the German city of Wuppertal, which operates its own tram line south of the city on original rails with original cars. It's one of the smallest running tram systems in the world. 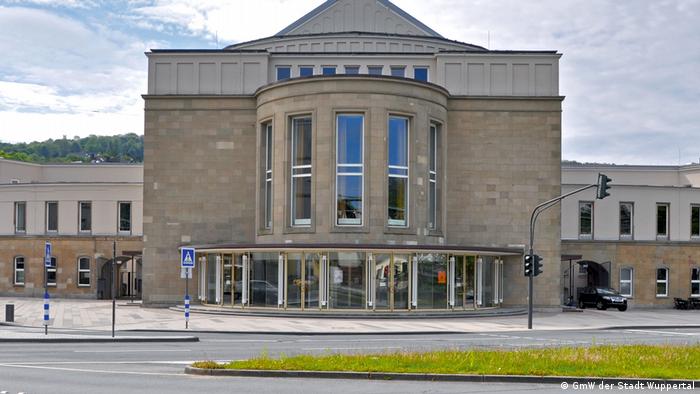 The Wuppertal Opera House was not spared either

"Nothing happened here for 50 years. Then the water came from two directions at once — from the Wupper and down the hill from the Kaltenbach," says Guido Korff, a board member of the association of contributors.

Within minutes, the wagon hall, social building with dispatcher's office and sales container were submerged in the water. Fortunately, our rail cars were spared," Korff told DW. Thus, the damage was kept within limits at € 50,000 ($ 59,428). The tram fan has no idea where the money is supposed to come from, if not from private donations or state and federal government funds.

Further west, in the Rhineland town of Stolberg, not far from Aachen, an entire town's memory was hit. Nicknamed The Copper City, its archives that were housed in the historic town hall and in the basement of a commercial building, were ravaged by the floods. Hundreds of old books, documents and writings, the oldest dating back to the 17th century, sank under the raging Vecht River

However, many were salvaged in spectacular fashion. Specialists from Cologne arrived with their new containers for the protection of cultural assets," archivist Christian Altena explained to DW. "Documents were washed and shock-frozen so the decomposition process wouldn't begin." Two weeks after the flood disaster, Altena is relieved. "We are done with the salvaging process, today we shipped the last load to the cold storage."

The historic church of St. Cornelius in Kornelimünster near Aachen was not spared either. Here, as in the other regions of Michelle Müntefering's native North Rhine-Westphalia, major cleanup activities continue. At the meeting of G20 culture ministers in Rome, the German Minister of State for Foreign Cultural Policy had promoted acute measures in the event of a disaster.

A "rapid response mechanism" should be activated within hours by a task force of experts with modular technical equipment, such as an emergency laboratory for the conservation of sodden writings. The consequences of climate changefor World Heritage sites will also be a topic at this year's meeting of the World Heritage Committee in Fuzhou, China, as the German UNESCO Commission confirmed to DW. 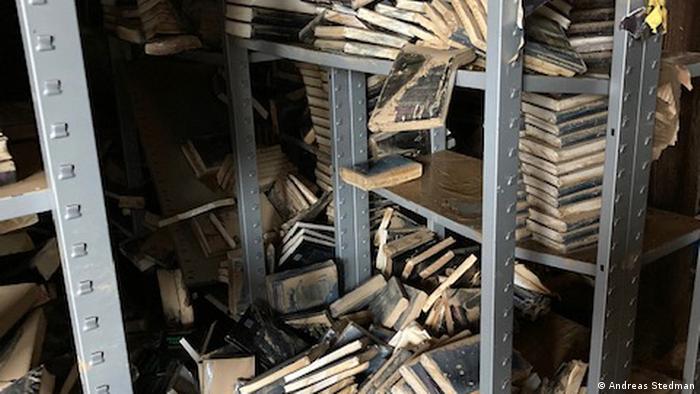 Walls and plants still are still coated in brown, evidence left behind by the Swist River. What isn't evident is the fact that heating, electricity, telephone and the Internet are still not operating. An excavator had to be brought in to heave the mountains of books from the Velbrück book and science publishing house onto trucks. As at many other disaster sites, neighbors, relief organizations and rows of volunteers pitched in to help clean up. "We are overwhelmed by the willingness to help!" say both Thien and von Stedman. But it's also clear that they and their cultural projects have a long journey ahead.

This article was adapted from German by Brenda Haas.