COVAX: How vaccines for all will help the global recovery | Business| Economy and finance news from a German perspective | DW | 24.02.2021 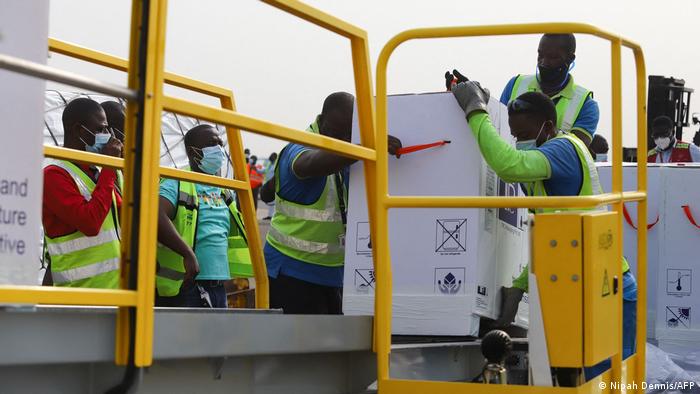 Ghana on Wednesday became the first country to receive vaccines as part of the United Nations-led COVAX program, which is set to deliver tools to fight the coronavirus pandemic to 92 low and medium-income nations, funded by the rest of the world.

Thousands of kilometers away, Germany's coronavirus vaccination drive is now accelerating after a slow start and a series of production delays by producers BioNTech-Pfizer and Oxford-AstraZeneca. The new momentum should mean that Europe's No. 1 economy can ease its tough curbs on public movement within weeks rather than months.

The West is, however, again facing accusations of vaccine nationalism as wealthy nations prioritize their domestic inoculation drives amid a race to reopen tens of thousands of businesses that were forced to close and are on the brink of bankruptcy. In Germany, the pressure is even more intense in an election year after a 5% economic contraction in 2020.

On Tuesday, the World Health Organization (WHO) called on wealthier countries not to undermine the COVAX program, which supports a global sharing of COVID-19 vaccines to ensure developing countries gain access to 2 billion doses.

Inequality in the global vaccination campaign

Despite Germany pledging an extra €1.5 billion ($1.82 billion) to COVAX just last week, along with fresh commitments from other G7 nations, WHO chief Tedros Adhanom Ghebreyesus warned that "if there are no vaccines to buy, money is irrelevant."

The WHO revealed that some high-income countries are continuing to enter contracts with vaccine manufacturers that undermine the deals COVAX has in place and will reduce the number of doses it can buy.

While health experts have made the moral case to ensure the equitable distribution of vaccines, the economic case for not abandoning the developing world was highlighted at the recent World Economic Forum, which was held virtually by videolink this year due to the pandemic.

Singapore Senior Minister Tharman Shanmugaratnam told one session that the global recovery would depend on the economic strength of developing countries, which had contributed about a third of global growth over the past decade.

"If you look ahead to the next 10-20 years, that is where the largest opportunities for growth lie," he predicted, adding that it was in everyone's interests to ensure the developing world didn't get left behind. 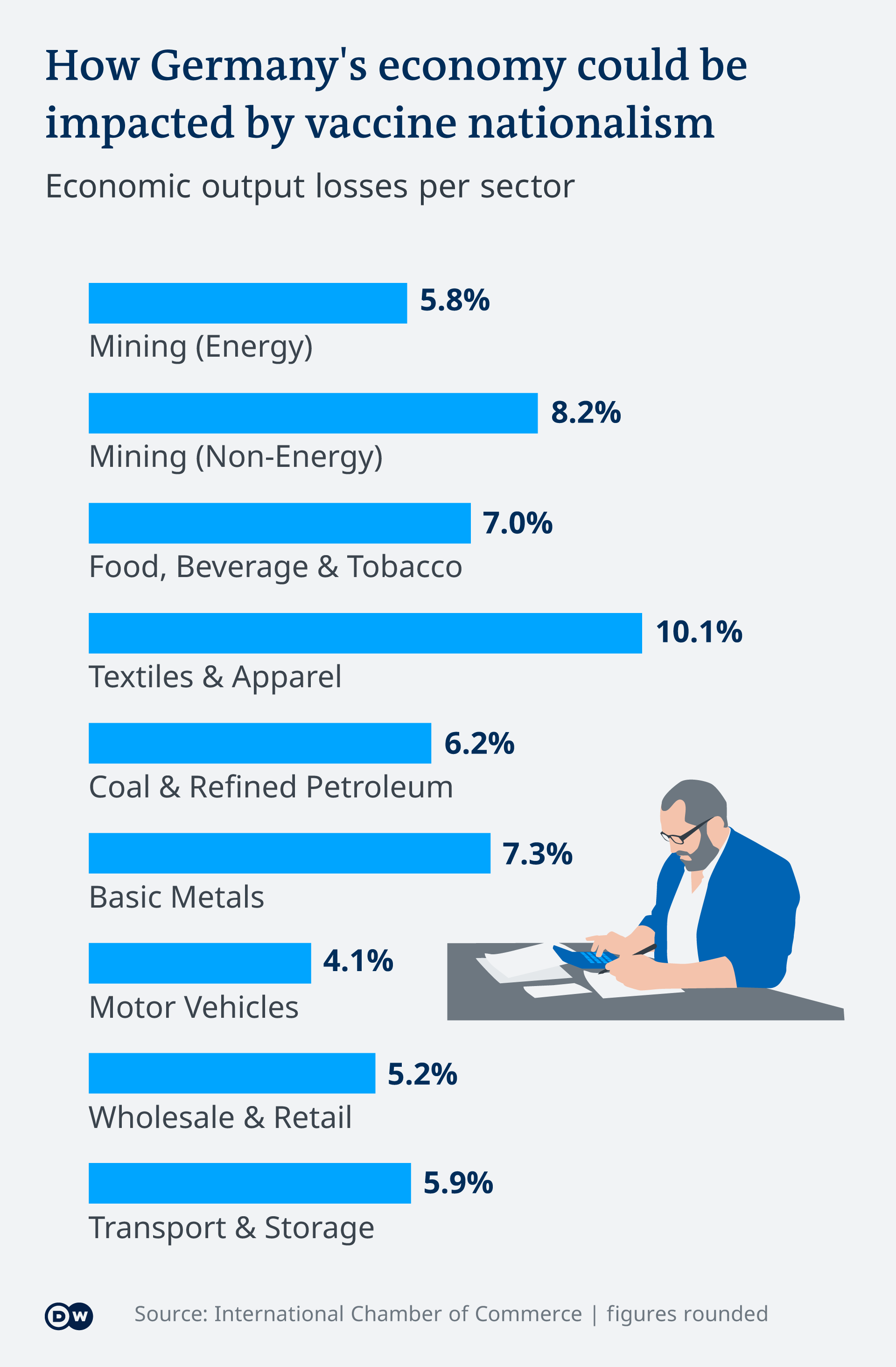 A separate report by the International Chamber of Commerce (ICC) published last month went further, warning that economic growth in advanced nations would be stymied by a weak vaccine effort in developing countries.

It forecast that wealthy countries could miss out on between $4.3 and $9 trillion in GDP over the next few years if low-and-middle income nations didn't fully recover from the pandemic.

"The biggest hit comes on the import side where disruption of supply chains risk placing a severe drag on most G7 economies of around 5% of GDP," Andrew Wilson, the ICC's global policy director, told DW.

In Germany's case, the ICC gave three scenarios where GDP could be cut by between 3.05 and 6.46%. It calculated that every euro that the country spends on vaccine supply in poorer nations would increase Germany's future GDP by €20.

Wilson said Germany has a double-sided risk. On the one hand, its export-led economy could be hampered by "weak demand in emerging markets," while on the other, a drag on domestic output could be felt in sectors that rely on imports, including retail and construction.

The ICC said the costs of boosting their donations to global vaccination efforts was much lower than the economic costs associated with low-income countries remaining in partial lockdown.

Despite the increased financial contributions to COVAX, some business experts believe the global vaccine effort still has huge logistical issues to overcome. The delays already announced by vaccine producers could be just the tip of the iceberg as production is really only just beginning.

Pfizer last month announced a temporary decrease in output as it tried to expand its Belgian plant. Fires and suspected sabotage incidents, meanwhile, slowed production at centers for the AstraZeneca vaccine in Wales and India.

"The vaccine manufacturers' supply chain is at best inefficient. It is certainly being tested in an unprecedented way," Wilson told DW, adding that business leaders question whether it is sufficiently resilient to cope with the manufacture of billions of doses.

Further manufacturing outages were possible as more vaccines received regulatory approval and started ramping up production, he warned, which would lead to unprecedented demand for certain ingredients used to produce the vials of vaccines.

Distribution is likely to be another major issue that could threaten to hamper the global vaccine rollout due to geographical and infrastructure issues in many developing countries. The ICC called for an increased role for the private sector for the shipments of vaccines.

The European Union and the United States have also faced criticism for imposing vaccine export controls to help boost their own inoculation efforts. This was highlighted by Ngozi Okonjo-Iweala, the new head of the World Trade Organization, who said the pandemic was her top priority.

In an interview with Reuters last week, she said it was vital for members to accelerate efforts to lift export restrictions slowing the trade in much-needed medicines and supplies.

The EU has announced plans to buy 1.8 billion doses of the BioNTech-Pfizer vaccine through 2023. The bloc is also bringing forward shorter-term Pfizer deliveries after suspending orders for the Johnson & Johnson jab.

Sexually exploited women and girls make up the majority of human trafficking victims in the EU. Brussels is now boosting its response against smuggling networks.