Thai Premier Yingluck Shinawatra has been forced to step down after a court found her guilty of abuse of power. But the ruling may only contribute to prolonging the months-long political crisis, warns analyst Kim McQuay. 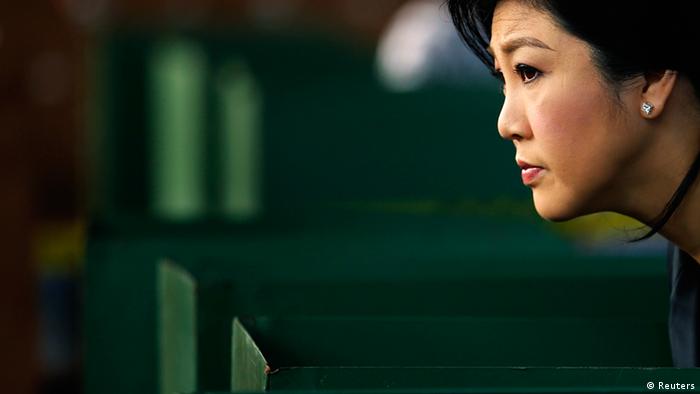 On May 7, Thailand's Constitutional Court ordered caretaker Prime Minister Yingluck Shinawatra (main picture) and nine members of her Cabinet to step down for abusing constitutional powers. The court ruled that Yingluck had violated the constitution by improperly transferring the National Security Council chief in a 2011 reshuffle that allowed her brother-in-law to become national police chief.

The court's decision was seen as a victory for anti-government protesters who had been trying to remove the premier from office for six months. The protesters, who had staged some of the largest street demonstrations in Thai history and disrupted a general election in February, had accused Yingluck of being a puppet of her self-exiled brother and former premier, Thaksin Shinawatra.

In a DW interview Kim McQuay, The Asia Foundation's country representative to Thailand, says the judgement has arguably done little to resolve the political crisis. According to McQuay, the ongoing political tensions and uncertainty are likely to have continued negative consequences for Thailand's economy and social stability.

DW: Do you expect caretaker PM Yingluck and her government to respect the court's decision?

Kim Mcquay: Since the anti-government movement began six months ago in response to the lightning rod blanket Amnesty Bill, the Pheu Thai government of former Prime Minister Yingluck Shinawatra has taken the prudent approach of consistently side-stepping trouble in the context of street protests and escalating anti-government pressure. 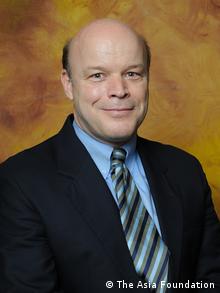 Similarly, while the Constitutional Court's decision to remove Yingluck and nine members of her Cabinet reflects a different and time-proven tactic on the part of opponents of government, I expect that the Government will respect the decision to remove those involved in the transfer of former National Security Council head Thawil Pliensri in 2011.

Were you surprised at the verdict?

I think it is fair to say that virtually no Thais or observers of Thai politics, myself included, are surprised by today's Constitutional Court decision. In the days leading up to the ruling, comments made by government spokespersons and leaders of the Government's "Red Shirt" supporters indicated that they fully expected the court to rule against Yingluck. What was not clear was whether the Constitutional Court would go a step further and remove the entire Cabinet, creating a power vacuum in a situation in which the Constitution provides little clear guidance. Fortunately, it declined to do so.

Thailand's judiciary and independent agencies are no strangers to politics. The present combination of judicial cases and referrals of alleged political malfeasance to independent agencies conjure a worrisome sense of déjà vu and of legal precedents that fly in the face of the political realities of contemporary Thailand.

Will the ruling help in any way solve the country's ongoing political crisis?

It is too early to predict whether today's Constitutional Court ruling will ultimately help to temper or resolve the political crisis, but my best guess is that the decision does little to resolve the impasse.

The removal of Yingluck has been a priority objective of the anti-government People's Democratic Reform Committee (PDRC) movement from its inception in 2013.

Thai Prime Minister Yingluck Shinawatra and nine of her ministers were found guilty by the country's Constitutional Court of abuse of power. But while the opposition hails the ruling, a political solution seems far away. (07.05.2014)

Opinion: Thailand is bargaining away its future

The political crisis in Thailand is not only threatening the economy of the Southeast Asian nation, but also undermining its leading role in the region, writes DW's Rodion Ebbighausen. (07.05.2014)

One can be sure that there will be chuffed celebration in the PDRC camp this evening. At the same time, with the Pheu Thai government staying on in its caretaker capacity and continuing its push for new elections, opponents of the government are not fully satisfied with the court decision. It fails to leave the complete power vacuum that they presumably hoped would be filled in a manner favorable to them under the direction of the Senate.

After Yingluck's dismissal as premier, Thailand's caretaker government quickly appointed a new acting prime minister and vowed to press ahead with a planned July 20 election to establish a new government. How likely are elections given the heightened political tensions?

While the Pheu Thai government has been dealt a vexing blow, its record of several election victories in succession suggests the Pheu Thai could go into the next election confident of victory through the support of voters in its traditional electoral power bases in the north and northeast, with or without a member of the Shinawatra family designated to serve as prime minister.

With this prospect unlikely to sit well with PDRC or the opposition Democrat Party, one assumes that an election on terms identical to the February 2 election, without reform or other measures acceptable to the opposition in advance of the election, would be met with similar resistance.

What are the potential social and economic consequences of this decision for the country?

The distraction of the political impasse has diverted the attention of law and policy makers from addressing constraints to Thailand's advancement to upper income status and prevented Thailand from assuming a leadership role in the efforts of the ASEAN community to establish an integrated regional economy in 2015. 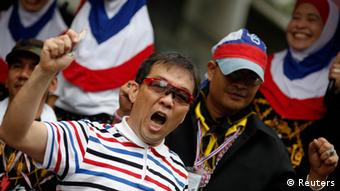 "The removal of Yingluck and members of her Cabinet will be celebrated in some quarters," McQuay says

Given the latest developments, how will democracy continue in Thailand?

While the removal of Yingluck and members of her Cabinet will be celebrated in some quarters, these latest developments seem unlikely to bring Thailand any closer to resolution of the political crisis through necessary compromises on the part of all political stakeholders.

The political crisis seems destined to continue in the short term, but again one hopes that political stakeholders will reach a compromise that leads to an election that is contested by all major political parties and independently scrutinized by domestic and international observers.

Kim McQuay is The Asia Foundation's country representative to Thailand, where he manages programs that promote peaceful conflict resolution, greater citizen engagement in political processes, and more responsive and transparent systems of governance.