A US investigation into alleged corruption at FIFA devastated the world's most powerful sports organization in a week. Sepp Blatter's backers have cried foul. But experts question why Europe didn't act much earlier. 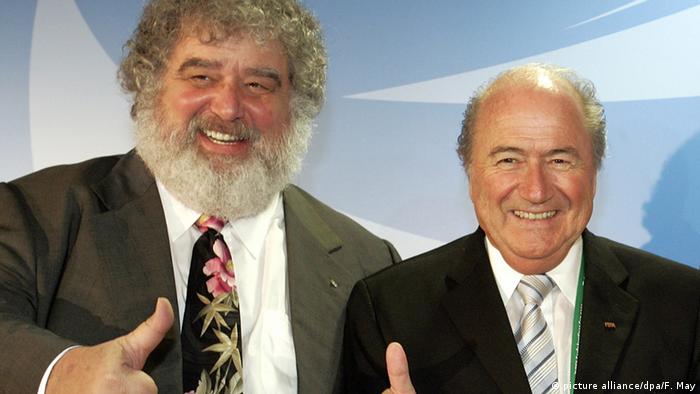 While his handcuffed associates were hauled away from their five-star hotel in Zurich to face extradition, Blatter was re-elected to another term as FIFA's head last Friday. He subsequently lashed out at the United States, implying that the Justice Department's investigation into alleged corruption within global soccer was misguided and a case of poor sportsmanship.

The Swiss soccer baron had powerful backers. According to the "Guardian" newspaper, Russian President Vladimir Putin accused the US of "illegally persecuting people," questioning why the Justice Department would seek to arrest foreigners conducting business in Switzerland.

Russia will host the World Cup in 2018. Swiss authorities are now investigating whether or not corruption played a role in awarding the global tournament to Russia as well as Qatar in 2022. On Wednesday, former FIFA executive committee member Charles Blazer admitted in a US federal court to accepting bribes for the 1998 and 2010 World Cups. 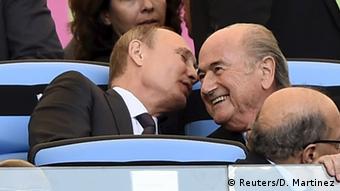 "It's another clear attempt by the USA to spread its jurisdiction to other states," Putin said. "And I have no doubt - it's a clear attempt not to allow Mr. Blatter to be re-elected as president of FIFA, which is a great violation of the operating principles of international organizations."

But it didn't really matter who supported Blatter in the end. Though re-elected to a fifth term in a landslide vote, the FIFA head announced his resignation on Tuesday, amid reports that he too is under investigation by the Federal Bureau of Investigation. Blatter will remain in his post until an extraordinary FIFA congress elects his successor.

"There's no question that many people will be implicated in things that will not pass muster in court," said Stefan Szymanski, author of "Money and Soccer" and a sports governance expert at the University of Michigan.

"However, to refuse to cooperate with the US Justice Department is a pretty risky thing," Szymanski told DW. "Particularly if you want to go to the United States or a country that has an extradition treaty with the United States."

US vs. court of public opinion

Blatter remains a popular man, particularly in African soccer. His re-election demonstrated that much, where he won the vote of every African delegate, according to unofficial counts of the secret ballot. Blatter helped steer the focus of a historically eurocentric organization toward the developing world. 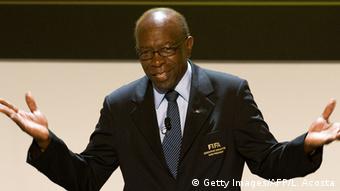 During his first campaign to lead FIFA in 1998, Blatter lobbied African soccer hard, promising to bring the World Cup to the continent for the first time. He delivered when South Africa hosted in 2010. But Africa's triumph has now been tarnished by allegations that a $10-million (9-million-euro) bribe secured the World Cup for the continent.

According to Peter Alegi, the popularity of Blatter combined with resentment over US foreign policy fuels speculation in some parts of the world that the investigation was an attempt to impose regime change at FIFA.

"In the court of public opinion, there's some justification - given what's happened in world politics in the last fifteen years - behind the idea that when the United States doesn't get its way in one area, it finds other ways to exercise its power," Alegi, an expert on African soccer at Michigan State University, told DW.

But Alegi pointed out that opinions are not facts.

The Justice Department reportedly uncovered FIFA's alleged corruption by accident, not design. US investigators were supposedly looking into Russian organized crime when they happened upon illegality that traced back to global soccer.

There are longstanding allegations of corruption within FIFA. According to Szymanski, the US investigation has focused so far mostly on the activities of officials from the Confederation of North, Central American and Caribbean Association Football (CONCACAF), which is headquartered in New York City.

Jack Warner, the president of CONCACAF at the time, allegedly accepted a $10-million bribe to steer the 2010 World Cup to South Africa. Charles Blazer, the former general secretary of CONCACAF, was one of Warner's accomplices. Blazer, a US citizen who's now cooperating with the US investigation, received some of the bribe money. Many of the illegal transactions took place in New York's Eastern District.

"The Justice Department was very careful to focus on activities actually in the Americas, either in North America or South and Central America," Szymanski said. "It tends to suggest that they were being very careful, and they don't really want to get involved in cleaning up the game globally, they're really focusing mostly on their backyard."

Former FIFA member Chuck Blazer has admitted that he and others members of the sport's governing body received bribes to vote for both the 1998 World Cup in France, as well as the 2010 World Cup in South Africa. (03.06.2015)

Much praise from Africa for Sepp Blatter

There have been many expressions of regret by soccer fans and functionaries across Africa following Sepp Blatter's announcement that he will step down as as president of FIFA later this year. (03.06.2015)

FIFA President Sepp Blatter announced his resignation and the world of soccer heaved sigh of relief. It would, however, be naïve to believe that his departure will solve FIFA's problems, says DW's Martin Muno. (03.06.2015)

Why didn't the EU step in?

The US Justice Department crackdown on officials like Warner doesn't puzzle Szymanski.

Instead, he wonders why European authorities were not more proactive in investigating allegations of corruption within FIFA, which after all is headquartered on the continent.

According to Szymanski, the European Commission has limited staff and resources dedicated to regulating sports and has chosen to focus those resources on UEFA instead of trying to take on FIFA. And Switzerland, long a haven for tax evaders, doesn't exactly have a sterling record when it comes to rooting out and prosecuting international white collar crime.