Court disallows bid to invite Snowden to testify in Berlin

An opposition bid to get whistleblower Edward Snowden invited to testify in Berlin before a NSA parliamentary inquiry has been foiled by Germany's top court. It said Germany's Court of Justice should instead decide. 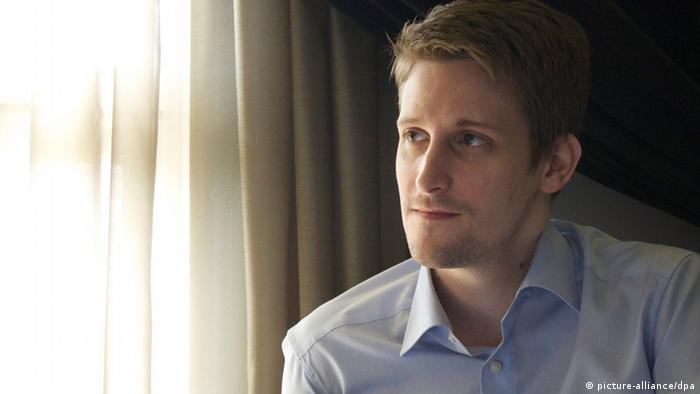 Germany's high court in Karlsruhe threw out a bid by the opposite Left and Green parties on Friday to force the federal government to allow whistleblower Edward Snowden to come to Berlin to answer a parliamentary committee's questions regarding the NSA's activities in Germany.

The opposition parties wanted the panel to meet with Snowden in person. But, Chancellor Angela Merkel's ruling grand coalition had voiced concern over potential damage such a meeting would do to relations with Washington.

Germany's Federal Constitutional Court based in Karlsruhe ruled that the suit filed by the Greens and the Left party or Linke was legally inadmissible because it was an administrative issue that should be decided before another top court, Germany's BHG Federal Court of Justice.

Earlier this year, inquiry panel chairman Patrick Sensburg of Merkel's Christian Democrats had suggested interviewing Snowden via video from Moscow, where he has temporary asylum.

Snowden's lawyer said at the time that the former NSA contractor would only speak to the Bundestag parliamentary committee if allowed to do so in Germany.

'No proof' of eavesdropping

Snowden's name was also heard around Karlsruhe earlier this week, when Germany's top public prosecutor, Harald Range, said he had no proof that the NSA had actually spied on Chancellor Angela Merkel's cell phone.

Range's investigation, which was launched in June, is still ongoing, but he said on Wednesday, "there is no proof at the moment which could lead to charges that Chancellor Merkel's phone connection data was collected or her calls tapped."

The revelations made in documents leaked by Snowden caused outrage last year in Germany, particularly the allegation that the NSA had bugged Merkel's previous phone. Chancellor Merkel called it an unacceptable breach of trust between the two allies.

Earlier this year Berlin attempted to arrange a "no-spy" agreement with the US, but was unsuccessful.

Another prize for Snowden

To add to Snowden's standing in Germany, on Sunday December 14 the former NSA contractor is to be awarded in absentia the Carl von Ossietzky prize by the International League for Human Rights in Berlin.

Earlier this month, he was awarded the Right Livelihood prize in absentia in Stockholm.

The Ossietzky prize, awarded since 1962, goes to people or groups who exhibit extraordinary civil courage or engagement with the spread and defense of human rights.

According to the organization's website, Snowden, along with documentary filmmaker Laura Poitras and journalist Glenn Greenwald, who originally broke the story, were chosen because of their "momentous decision of conscience … to put their personal freedom on the line" to expose the "abuse of power" exercised by the US and Germany. 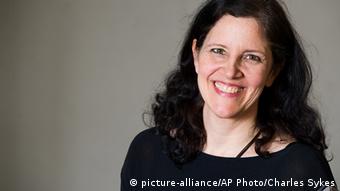 Poitras is due to accept it on Snowden's behalf.

The Carl von Ossietzky prize is named after the outspoken German anti-Nazi journalist and Nobel Peace Prize winner who died as a result of conditions in the concentration camp were he was being held as a dissident.

Former CIA analyst Edward Snowden has called on the United Nations to take steps to ensure individual privacy and promote human rights. The whistleblower was honored with the Right Livelihood award on Monday. (01.12.2014)