A German court on Wednesday ruled that a Dutch Internet pharmacy can operate a branch in Germany. Critics say that this will hurt the country's high standard for pharmacies. 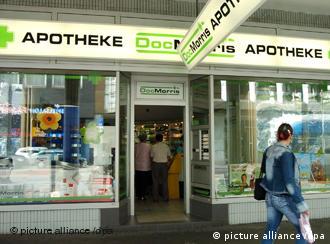 Wednesday's ruling came after a pharmacist in the southwestern city of Saarbrücken had filed a complaint against a local branch of Doc Morris Internet pharmacy. The pharmacist had argued that German law only allowed pharmacists and not corporations to open pharmacies.

But citing the freedom of establishment under European law, state health officials had allowed Doc Morris to open shop a month ago.

Doc Morris officials, who do most of their business over the Internet, have said that they do not plan to open more branches in Germany -- the store in Saarbrücken is the only one so far. 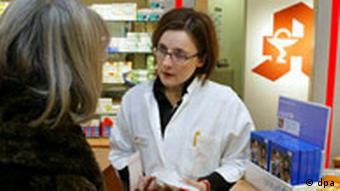 Critics, however, fear that the case will set a precedent for other discount pharmacy chains, who could eventually do away with the country's established system of pharmacies owned by individual pharmacists.

"It doesn't make sense that German law is supposedly no longer valid," said Heinz-Günter Wolf, the president of the German pharmacist association, ABDA.

But Josef Hecken, the health minister of the state of Saarland, where Saarbrücken is located, countered that Germans would benefit from discount pharmacies. 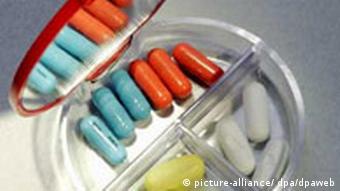 "Medication of the same quality can be bought for less," said Hecken, who approved the Doc Morris branch. He added that liberalizing Germany's pharmacy landscape could also help to lower the country's overall health sector costs.

Other politicians also backed the decision.

"Finally someone from the (conservative) Union parties dares to show how expensive the protection of pharmacist privileges is for the insured," said Reinhard Bütikofer, the leader of Germany's Green party.

Although ordering prescriptions over the Internet has been made legal in Germany as part of the reform measures instituted to help the burdened public health system, the expected savings haven't materialized. (June 22, 2004)

Chancellor Angela Merkel put health care reform at the top of her government's agenda. But the reform plan she's released has been roundly condemned and even brought thousands of protesters out onto the streets. (Aug. 2, 2006)