Dictators aren't known for their sense of humor. But that doesn't keep courageous comedians from laughing about them, even if it means going to jail for it. Their humorous resistance is getting international attention. 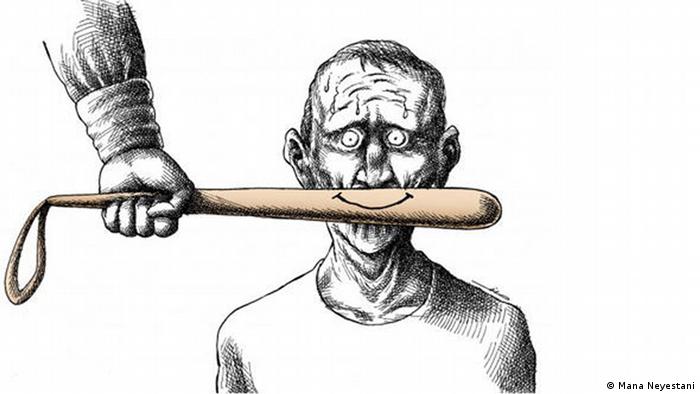 For comedian Zarganar from Myanmar, humor is both his shield and his weapon. During the military dictatorship in his country from 1962 to 2010, he was persecuted by the authorities, but the people have never stopped adoring him for his sharp-witted jokes.

His parents gave him the name Maung Thura, but the jokester chose a stage name - Zarganar - that means "tweezers." And he has plucked the dickens out of the military junta for many years.

"The American says, 'We have a one-legged guy who climbed Mount Everest.' The Brit says, 'We recently had a guy with no arms who swam the Atlantic Ocean. But the Burmese guy says, 'That's nothing! We had a leader who ruled for 18 years without a brain!" It was for jokes like this that Zarganar received a prison sentence in 2008 - for up to 59 years. 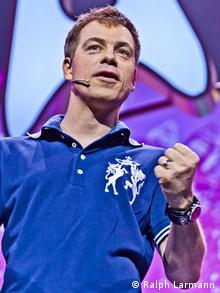 Mittermeier is known for gesturing with his whole body on stage

In the years prior, he regularly dealt with stage bans and prison sentences and suffered torture and violence. But he never stopped laughing about his country's government, and his laughter is contagious. Even handcuffed and on his way to prison, Zarganar continued telling jokes to his fans who had gathered in front of the prison.

German comedian Michael Mittermeier has become a close friend of Zarganar, who has since made a name for himself all over the world. When Mittermeier learned of Zarganar's fate, he packed his bag and traveled to Myanmar to join director Rex Bloomstein in making a documentary film about the incarcerated comedian.

"He asked me whether I would be interested in supporting a colleague who had been put in prison for his jokes," remembered Mittermeier. "Without hesitating, I said yes."

Bloomstein and Mittermeier visited the prison where Zarganar was being held. But then the prison authorities discovered their cameras and the team was forced to leave the country. 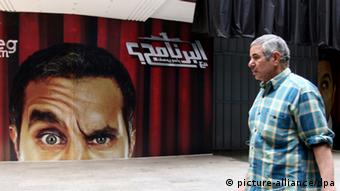 At that point, Mittermeier nearly lost hope of Zarganar ever being freed. But, in 2011, with the help of Amnesty International, the Burmese comedian once again became a free man - and continued, of course, to joke rebelliously.

"For us it was a miracle that he was released so soon," said Mittermeier.

But why must comedians suffer so much under authoritarian regimes? Sociologist Anton C. Zijderveld, known for his book "Soziologie des Humors" (Sociology of Humor), has studied the role humor plays in society.

"The humorist plays with society's values," explained Zijderveld. "That creates the tension which produces a joke."

Toying with the rigid values of an authoritarian regime is like playing with fire. According to Zijderveld, political humor cannot change a society, but "the psychological effect of humor is important. That's why humor is punished so severely in a regime, in order to keep the opposition from being strengthened." 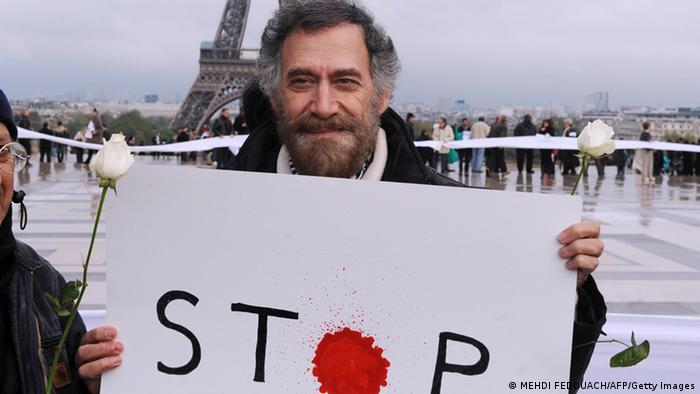 Ferzat campaigns all over the world for human rights

In Egypt, it's the satirist Bassem Youssef who keeps the people laughing at their government. In one YouTube video, Youssef even dared a parody of former President Hosni Mubarak's military leaders. These days, he takes Mohamed Morsi's government to task in the TV show "Al Barnameg" (The Program).

Youssef is regularly interrogated and charged by the authorities on the grounds that his jokes are offensive to Islam.

The Syrian regime goes even further. In 2011, caricaturist Ali Ferzat was sought out and tortured by government authorities, who broke his fingers to teach him a "lesson." He had been accused of offending President Bashar al-Assad with his drawings.

But Ferzat couldn't be robbed of one thing: his laugh. He now lives in exile in Kuwait and, since his hands have healed, he has been drawing more than ever before.

Only few people in the world have the strength and talent to get a society to laugh about ruthless dictators. German cabaret artist Fatih Cevikkollu says he has great respect for his colleagues all over the world who have the courage to speak out again undemocratic regimes. 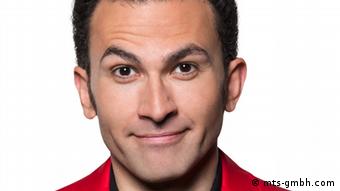 Cevikkollu says laughter is a good way to "show teeth"

"Laughter is the best way to show your teeth," said Cevikkollu. "There are only a few who demonstrate resistance because they don't allow thinking to be forbidden and they uphold human values above the doctrine of the regime."

In his programs, Cevikkollu is often critical of the German government, but that doesn't have any negative consequences for him. "In other countries it's much more difficult - like in Turkey, where political commentary about the system can be dangerous because you can be arrested or threatened, or both," said the comedian, who has a Turkish background.

Humor does, however, have its limitation in the strictest of regimes. "When it gets very serious, when people are suffering, then humor stops too. In totalitarian systems like North Korea, for example, political humor is completely forbidden; it simply doesn't exist," said sociologist Zijderveld.

In China, caricaturists have to act anonymously, labeling their drawings in the Internet only with a symbol - not even with a pseudonym. The well-known Internet caricaturist known as Fengxie, (which translates as "crazy crab") has managed to circumnavigate the censorship. The Chinese authorities have yet to develop a computer program that can trace politically sensitive jokes.

The indispensible art of humor 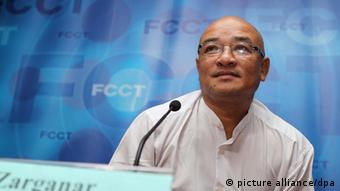 Zarganar was lucky. After he was released from prison, he started performing with Mittermeier in London, Berlin and Dublin, where he was free to openly laugh about the absurdities and inconsistencies of the regime in Myanmar.

Today, Zarganar's country is beginning the process of democratization. As a contribution to that process, Zarganar is currently founding a cultural institute that will support and train aspiring comedians, passing on the art of humor that is so important in every society.

Not everything can be improved at once, "but we can address deficiencies and start discussions," said Mittermeier. "And that's worth something."

Chinese dissident artist Ai Weiwei has released a satirical music video about his imprisonment in China on a tax-eviction charge. Ai sings the explicit song in Chinese and mocks state power. (22.05.2013)

Burmese artists walk a thin line between art and politics

The motto for the latest film festival in Myanmar was quite unusual: free art, free thoughts, freedom. The country has been opening up politically, but does that apply to the art scene? (06.01.2012)