Vote counting is underway after Tuesday's elections. President Peter Mutharika, hoping for a second term, is battling to hold off two serious rivals. 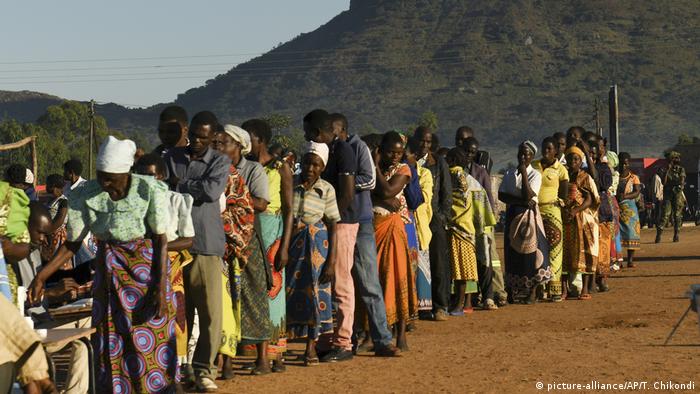 Polling closed at 6 p.m. local time (4 p.m. UTC) with no serious reports of violence although there were reports of long queues at some polling stations. Some 6.8 million Malawians had registered to vote.

The Malawi Electoral Commission said results would be announced within eight days in line with electoral law, but could be known as early as Wednesday evening.

Eight candidates are vying for Malawi's presidency — and before the polls, accused each other of scheming to manipulate the elections.

In 2014, Peter Mutharika defeated Joyce Banda, who had assumed the presidency on BIngu wa Mutharika's death. Banda had planned to run for the presidency again this year, but withdrew her candidacy in March.

Now Mutharika faces another rival from 2014: former Christian pastor Lazarus Chakwera, who heads the main opposition Malawi Congress Party (MCP) and is the opposition leader in the National Assembly.

Mutharika's second biggest threat is 48-year-old Saulosi Chilema, his estranged deputy, an economist who held key leadership positions in various multi-national companies before going into politics. He is now running for the United Transformation Movement and is expected to pick up a large share of the youth vote. 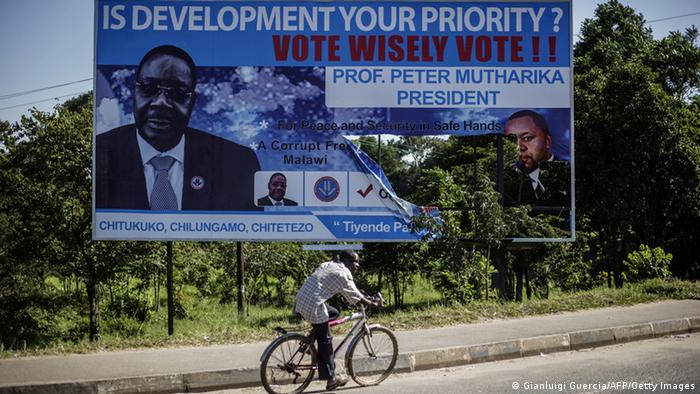 Augustine Magolowondo, an independent researcher with the Johannesburg-based Democracy Works Foundation, says the stakes are high for all contestants.

"Three parties are having equal power, which makes the elections very unpredictable. It is a must win election," Magolowondo told DW.

While the ruling DPP has the advantage of having access to resources, public sector networks and specific projects, "the opposition is strong: Chakwera has a coalition of parties behind him and Chilima is very appealing to the young generation."

Malawi's presidential election is won by a simple majority, which means that the victor is the person with the most votes. In 2014, Mutharika won with just 36 percent of the vote.

Major issues in several political party manifestos are job creation, corruption and revamping the agriculture sector. "Against the background of underdevelopment, growing poverty and corruption in Malawi, the decisions taken in this election will shape to what extent the challenges that we are facing will be handled," Magolowondo said. 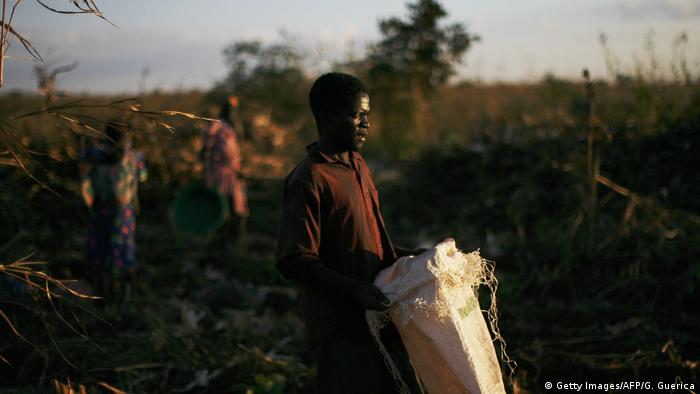 Rigging conspiracies from all sides

Ahead of the poll, claims of rigging became loud.

President Mutharika told a rally in the central town of Ntschisi that some opposition politicians, including Saulosi Chilima, had hired foreign professionals from Russia and Nigeria to help them rig the elections.

In response, Chilima said it was the ruling party that was planning to fix the result and warned that there would be no chance for such schemes.

In April, the country's immigration department instructed its officers to subject Russians and Nigerians coming into the country to double screening.

Emily Mkamanga, a political analyst, believes there is no substantial evidence for President Mutharika's claims of foreigners helping the opposition win the elections.

"The only thing I know is that Russians came here just to deliver food aid to  people affected by floods. But talking about rigging is very bad," she said.

The Public Affairs Committee (PAC) has launched an investigation into the rigging claims.

Electoral stakeholders and many ordinary Malawians fear the allegations could discredit the entire electoral process. There are fears that the result of the presidential election might not be accepted by the candidates or that the outcome could lead to an eruption of  post-election violence.

The European Union and SADC (Southern African Development Community) has sent observer mission teams to Malawi. They are expected to make statements later on Wednesday. 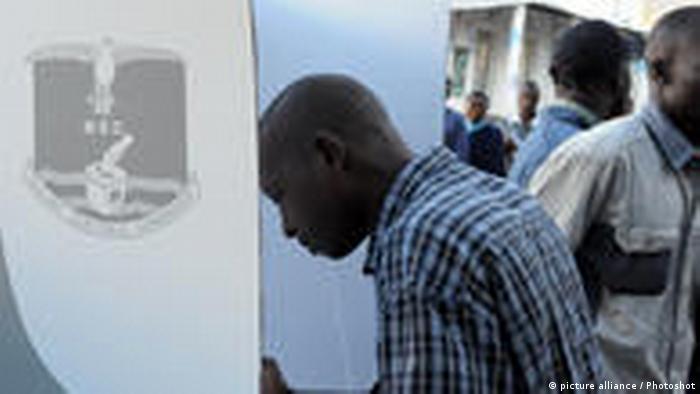 Young voters will have a big say in this year's election

Malawi's presidential candidates are particularly counting on the votes of the young generation.

A lot of energy was put into attracting these votes. For example, Mary Chilema released a rap song to win votes for her husband. In it, she tries to give young people hope regarding job creation, education and business opportunities.

But the young Malawian generation is already planning to take politics into its own hands. As in many other African countries, young people have complained for years that they are sidelined, especially when it comes to decision making.

Now 300 young Malawians are actively vying for various political seats, looking for a position either at local and parliament level where they can bring about change.

For Emmanuel Mwanyongo, a student at the University of Malawi, this is "a very positive thing because the youth make up the biggest demographic of our population so if more young people are interested and joining politics it means this demographic is being represented. I would like to encourage a lot of young people to come in now; there's no better time to join politics than now the campaign time."

"It is quite unfortunate that for a long time we have had the idea that youth should not be involved in politics," he told DW. He thinks "it is critical to sensitize youth about their responsibility."

For researcher Magolowondo, the youth vote is crucial. "This generation has been born in a democratic time and they will still be around in 45 years, when Malawi is celebrating 100 years of independence," he said.

"The decision taken now will shape the outlook of the whole Malawi."

The Mulanje cedar, Malawi's national tree, is on the verge of extinction. A drama group comprised entirely of ex-prisoners is making a last bid to save it. (10.04.2019)