A report by Kenya's Ethics and Anti-Corruption Commission (EACC) has revealed that graft is permeating all levels of society. It states that Kenyans even offer bribes for public services such as death certificates. 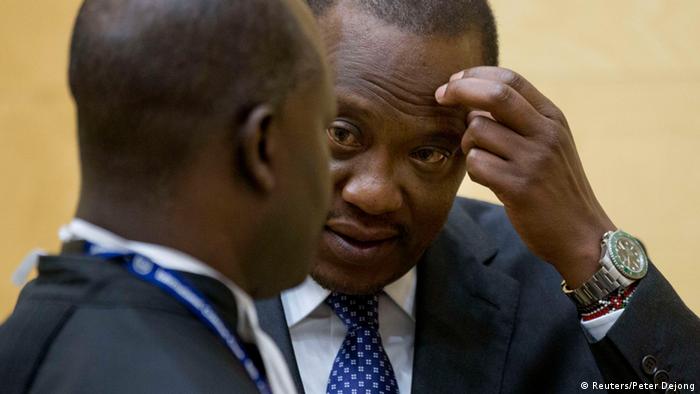 Getting basic services like securing tenders, being attended to in hospitals, getting food aid, seeking employment, obtaining a birth certificate or even reporting a crime at a police station all come at a cost. The EACC's survey indicates that more than 50 percent of Kenyans believe corruption has increased under President Uhuru Kenyatta's administration. According to local media, President Kenyatta himself admitted in November 2015 that corruption was misdirecting the country's resources and dividing the country. The director of the Kenya School of Law, Patrick Loch Otieno Lumumba, told DW that many Kenyans admire corrupt leaders rather than fight them.

DW: Did this report by the Ethics and Anti-Corruption Commission come as a surprise to you?

Patrick Loch Otieno Lumumba: This is a confirmation of what we have said for the last 10 years. Every survey - whether it is by Transparency International or other independent bodies - keeps on confirming that Kenyans are corrupt, particularly public servants. We know that with the advent of devolution, there is a taste of it everywhere. If you look at the projects undertaken by governors in their private capacities, they cannot legitimately account for the funds at their disposal. It's pathetic. I think the president has said as much, the chief justice has said as much, the speaker of the national assembly has said as much, and Kenyans actually praise and admire the corrupt. 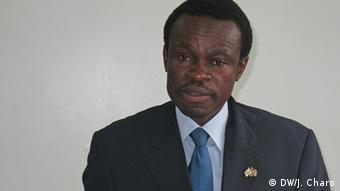 If you talk to most Kenyans, they will tell you they are fed up with corruption, but this report says otherwise. Why is that so?

If you interview the Kenyans in their personal capacities, they will say corruption is a bad thing. But collectively Kenyans demonstrate otherwise. Who are the individuals likely to be elected into public office? It is the corrupt, because the voter wants to be bribed. If you ask Kenyans to demonstrate against corruption, they express doubt. Look at what happened in Brazil last week: an entire group of people came out demonstrating against the government due to corruption. In Kenya that will never happen; instead, they praise corruption.

Would you then say that devolution or the new constitution which introduced these county governments has made corruption worse in Kenya?

Yes, it has made it worse. Almost all the governors are corrupt. We have a governor in one county building expensive mansions, building hotels and buying cars in cash. These are individuals whose legitimate income is known, and yet nothing happens to them. There's a habit of issuing orders which immunizes individuals from prosecution.

Hardly anyone is punished for this vice. On the contrary, those who are known to be involved in high-level cases of corruption still hold office. What does that say about the fight against graft?

There are individuals who are being taken to court, but the courts are also corrupt, as the chief justice said. Every institution is afflicted. 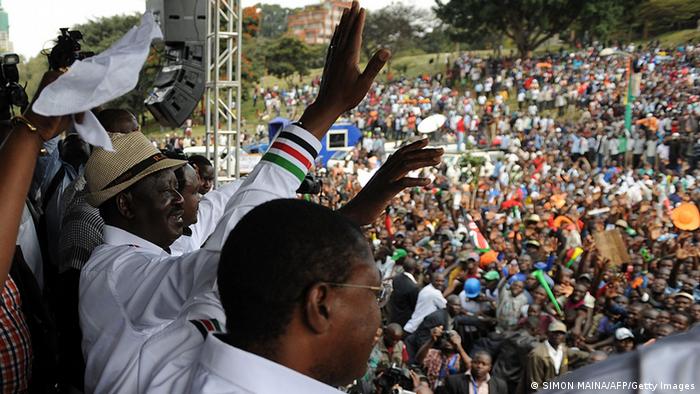 Kenyans feel embarrassed by increasing corruption in the country

How damaging is corruption to Kenya's economy and image abroad?

Some people feel embarrassed to be called Kenyans, because if you go to neighboring countries such as Tanzania, Uganda, Rwanda, Zimbabwe or any other African country, the first thing they will talk about will be your corrupt country. This is an accolade that we should not be proud of at all. And you find that for individuals who have been accused of corruption, the next thing to do is to declare themselves the presidential candidate or governor - it is as if that is a qualification.

Patrick Loch Otieno Lumumba is former director of Kenya's Anti Corruption Commission from September 2010 to August 2011. He is now the director of the Kenyan School of Law.

Kenyans may lose trust in their judiciary after a corruption scandal has left President Uhuru Kenyatta with no option but to suspend Supreme Court judge Philip Tunoi for allegedly accepting bribes. (24.02.2016)

Kenya's president has declared corruption a national security threat. But his anti-graft offensive has been met with ridicule online. Many say it's too little, too late. Some think it's connected to the Pope's visit. (25.11.2015)

#WhatWouldMagufuliDo? After his first 100 days in office, Tanzanian president Magufuli has made several reforms. He has made a big impact leaving other Africans hoping their leaders will follow his example. (12.02.2016)