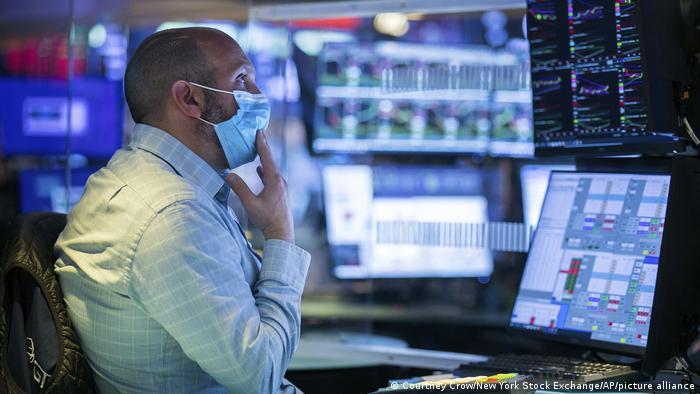 The United States economy grew by over 33% between July and September, according to an estimate released by the Bureau of Economic Analysis (BEA) on Thursday.

The jump marks the largest quarterly gain on record. It comes after a massive plunge for the economy when the coronavirus pandemic hit in the spring.

Experts have cautioned against overstating the latest data, as it follows the sharpest-ever contraction recorded for the country.

Read more: Global economy in deep recession, but outlook not as grim as feared, says IMF

In the second quarter of 2020, the GDP for the US shrank at a record 31.4% when stay-at-home orders put tens of millions of people out of work and shut down businesses.

Experts also note that the economy faces renewed challenges as COVID-19 cases across the US continue to spike.

A separate report from the US Labor Department on Thursday showed that the number of new unemployment claims fell to 751,000 last week — in the lowest level since the pandemic hit in March.

The unemployment rates remain historically high and signal that many employers are still cutting jobs as the virus heads towards winter in North America.

The reports on Thursday were being watched closely as the last major drop of economic data before the November 3 presidential election.

US President Donald Trump is likely to view the data as a boost to his campaign and as encouragement for his economic reopening strategy going into the final stretch.