COVID-19 has taken a metaphorical sledgehammer to global tourism, although European nations are trying to revive the industry. Not so in Ireland or the UK, where stringent quarantine rules further threaten the sector. 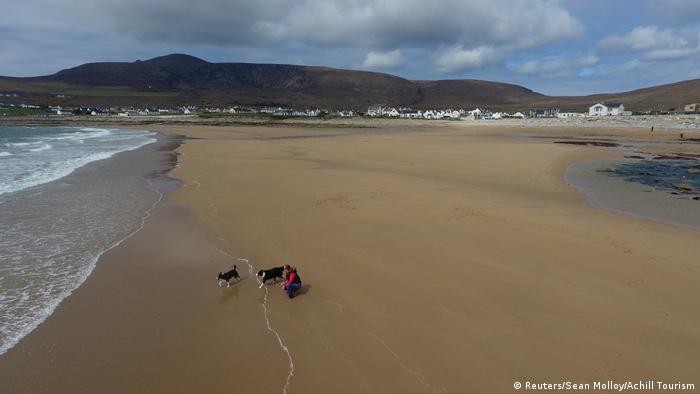 Guesthouse owner John O'Farrell found himself in an unusual position this week. On an early morning drive from Ventry Beach to the town of Dingle, at Ireland's southwestern Atlantic coastline, he picked up a German hitchhiker.

"I can't remember the last time I gave somebody a lift. She was standing right at the road, looking straight at me. I couldn't pass her by…" he says before quickly clarifying: "…but she has been living in Dingle for five years, she wasn't a tourist!"

It's been quite a while since he encountered one of those. His award-winning guesthouse, Pax House, like all such establishments in Ireland, has been closed since March 18 due to the COVID-19 pandemic. Under Ireland's strict lockdown exit plan, they are not scheduled to reopen until July 20 at the earliest.

It's remains unclear in what form they can reopen at that time. The government's guidelines vaguely refer to opening "on a limited occupancy basis" but for proprietors like O'Farrell, or indeed for pub or restaurant owners in the country, it's still not clear what that will mean in practice. 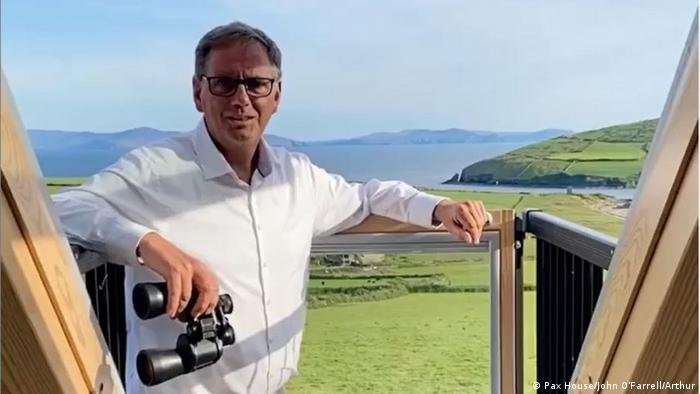 But there's another potentially bigger problem for tourism in the country: a mandatory 14-day quarantine period for all travelers entering Ireland, including Irish citizens returning from abroad.

Since May 28, Ireland has required incoming travelers to fill out a "passenger locator form," providing evidence of the address at which they will self-isolate for 14 days. Failure to comply could lead to a fine of up to €2,500 ($2,700) or six months in prison.

The government has come under serious pressure from the tourism and travel sector, in particular from airlines, to abandon the measures. They are subject for review on June 18.

However, it is far from certain that the quarantine rules will be lifted before the summer holiday season is over. Irish Taoiseach (Prime Minister) Leo Varadkar has reportedly told his party that possible changes are likely to come in "months, not weeks."

Although hardly any other EU countries are taking Ireland's approach, the country is not unique. The UK has announced similar rules. While the UK itself has by far the most COVID-19 deaths in Europe, from June 8, all passengers arriving in the country must self-isolate for 14 days. 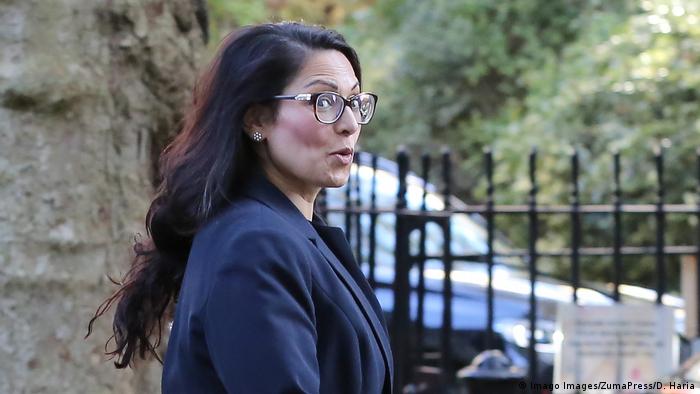 The UK also has a 14-day quarantine for new arrivals, which Home Secretary Priti Patel says is based on 'medical' advice

Yet, due to the nature of the border on the island of Ireland, travelers from England, Scotland or Wales could easily cross it into Ireland from Northern Ireland without going through the aforementioned procedures. For the UK, it has exempted those travelling from Ireland from the quarantine rules.

Tourism is crucial for the Irish economy. In 2018, it was worth €9.4 billion, including domestic tourism. It is the country's largest indigenous industry, employing around 325,000 people as of 2019, including in Northern Ireland. More than 11 million people visited Ireland from overseas last year.

Dingle, where John O'Farrell's guesthouse is based, is located on Ireland's Wild Atlantic Way. Tourism is comfortably the region's main industry. Yet as O'Farrell explains, there is no longer any significant commercial activity in the town beyond supermarkets.

"It reminds me of how a Good Friday used to be in the 1960s," he said. "It's not just that there's no one around but also that you would almost feel guilty for being out and about."

For marketing purposes, tourism promotion of both Ireland and Northern Ireland is carried out by the body Tourism Ireland. It provided the following statement to DW:

"Given that other EU countries are now beginning to plan the lifting of their quarantine restrictions, here in Ireland we need to closely monitor the situation, so that quarantine restrictions can be lifted as soon as it is safely possible, to help win any available tourism business — but always bearing in mind that public health is the first and foremost consideration."

The Irish Tourism Industry Confederation (ITIC), a trade body for the sector, said the following:

"It must be hoped that the 14-day quarantine period which is up for review on June 18 is not extended beyond that date. With airlines keen to commence routes, and the majority of Ireland's tourism economy based on international visitation, it is vital that this business is somewhat restored."

There has been widespread criticism of the UK plans as well. Interestingly, an Irishman has led the chorus. Michael O'Leary, the well-known CEO of airline Ryanair, told the BBC the quarantine would do "untold damage" to British tourism. He said businesses that depend on European visitors "will be deterred by this useless and ineffective quarantine."

Although Germany and other European tourist hot spots such as Italy, Greece, Spain and Portugal are in the process of removing visitor restrictions, hoping to revive tourism for the summer, both Irish and British politicians say quarantines are necessary.

"These are extraordinary measures but they are necessary in a time of a public health crisis," said Irish Health Minister Simon Harris.

"We are now more vulnerable to infections being brought in from abroad," said British Home Secretary Priti Patel.

For those whose business is dependent on tourists, such as John O'Farrell, all he can do is hope that by the time Irish guesthouses are allowed to reopen on July 20, the quarantine rules have been abandoned by the government.

Yet despite the difficulties the pandemic and the attendant regulations have brought for his trade, he remains sunnily optimistic about the future. Although a massive 90% of his customers are from the US — from where the easing of travel restrictions may be even more complicated — he says many are adamant they will come as soon as it is feasible.

For the bookings Pax House had for the months after March, O'Farrell has offered the customers refunds or postponements. When given the choice, most opted to postpone their trip by a year. O'Farrell fully expects to see most of them in 2021.

Britain's second-largest tour operator could leave 150,000 passengers stranded if it goes under this weekend. After failing to finalize a rescue deal with its lenders, the firm has now asked for UK government aid. (21.09.2019)

Germany 'confident' at control of coronavirus outbreak as it relaxes borders

Schengen and UK citizens will soon be free to enter Germany if the pandemic remains under control. In turn, German citizens will be able to visit neighboring countries more easily in the coming days and weeks. (16.05.2020)