Due to the pandemic, German authorities have postponed a large event to mark 75 years since the liberation of the Bergen-Belsen concentration camp. Jewish teenager Anne Frank, made famous by her diary, died in the camp. 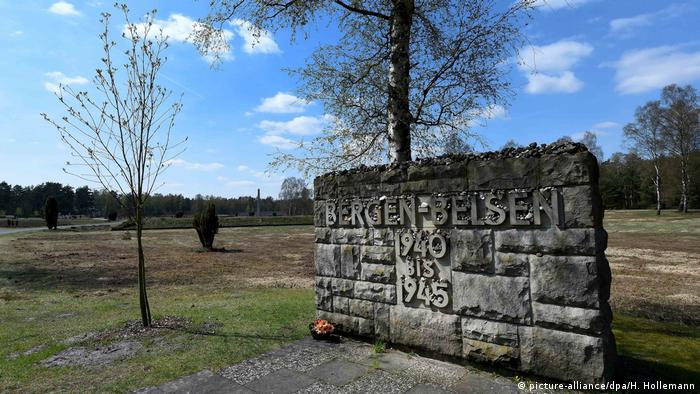 Remembering the Holocaust is "part of Germany's identity," said the head of the Central Council of Jews in Germany, Josef Schuster, on Wednesday, marking the 75th anniversary of the liberation of the Bergen-Belsen concentration camp.

German officials originally planned a large commemoration event with thousands of attendees, including around 120 of the camp's survivors. Due to the coronavirus lockdown, however, the event has now been rescheduled for next year and a smaller ceremony is set to be held on Sunday.

The pandemic "unfortunately makes it impossible to honor the few survivors who are still among us, the way they deserve," Schuster said.

"It is also important for the stability of our democracy to remember, again and again, where inhumane ideologies and disregard of basic democratic rights can lead," he added.

Read more: Bergen-Belsen exhibition focuses on the fate of children

Over 70,000 people were killed in the camp complex of Bergen-Belsen in northern Germany, with thousands of them dying of disease, starvation, and exhaustion even after the camp was liberated by British soldiers on April 15, 1945. The death toll also includes between 18,000 and 20,000 prisoners of war, most of them Soviet nationals.

Anne Frank,famous for the diary she wrote as a teenager in hiding from the Nazis in Amsterdam, ended up in Bergen-Belsen after her capture in 1944, where she died in early 1945.

The head of the camp at the time of the liberation, Josef Kramer, and the warden of the female section, Irma Grese, were captured, tried, and hanged in 1945.

'The darkest part of our history'

On Wednesday, the premier of Lower Saxony, where the camp memorial is located, said the former camp was "the place which brings before our eyes the horrors and ruthlessness of the darkest part of our history."

"We Germans must do everything to ensure that people never again perpetrate immeasurable suffering on others," he said.

Every evening, DW sends out a selection of the day's news and features via email newsletter. You can sign up here.