Coronavirus: How to cope in the pandemic | Germany| News and in-depth reporting from Berlin and beyond | DW | 29.12.2020

Coronavirus: How to cope in the pandemic

The coronavirus pandemic has brought loss, unemployment, and loneliness to many. But the crisis has given some the impetus to change their lives for the better. 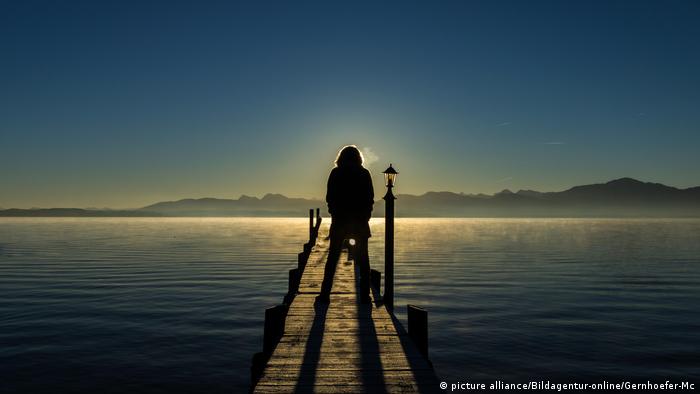 For Sarah Ahlert*, a furlough was just what she needed. Like millions of other people in Germany, the art scholar was forced to take a break in March 2020. From then on, she worked half her usual hours for an auction house, and in her newfound spare time, she suddenly realized how much she'd been suffering in her job. "From the first time we held conversations about how long we would remain on reduced hours, I was really trembling at the thought that they'd say 'You can come back in on Monday,'" she told DW.

Ahlert spent two months working reduced hours under Germany's "Kurzarbeit" scheme, then she quit. After a short time, she found new employment. While her old job was focused on the commercial side of art, her new position allows her to focus on its content, Ahlert said. "For me, there was this key moment: The day after I quit, I was in such a good mood. And a friend said to me 'Ah, you're back. It was like you're gone for the past year.' That's when I knew I'd made the right decision." Without  the pandemic-enforced break, said Ahlert, she probably wouldn't have realized how much she was stuck on a hamster wheel and would have left it until much later to quit.

How to stay sane during the coronavirus pandemic

COVID-19 Special: How to stay sane during the coronavirus pandemic

Doing well through the crisis

Considering the terrible circumstances of COVID-19, from overflowing intensive care units to people unable to farewell their dying loved ones, it seems almost cynical to say that people are also experiencing positive things from the crisis. But one must differentiate between two groups, neuroscientist Raffael Kalisch from the Leibniz Institute for Resilience Research told DW. "On the one hand, there's a smaller group who because of the coronavirus are suffering very serious disruption to their lives, and there are people who are considered at high health risk. And then there's the rest, who are suffering from the lack of contact and all the restrictions."

Looking at this larger second group, the first studies carried out since the initial coronavirus outbreak suggest that many people in Germany are coping well through the crisis. One of the most comprehensive is the Cosmo Survey, a collaborative project involving the University of Erfurt and the Robert Koch Institute (RKI,) in which people are asked regularly about their concerns and mental state.

According to the survey, people's life satisfaction has been stable at a relatively high level since March. It's not yet clear what impact the stricter regulations and lockdown measures imposed since mid-December, as the country has struggled with the second wave of infections, will have.

Whether a person withstands a crisis well also depends on so-called resilience factors. Resilience refers to the ability to survive difficult life situations without lasting impairment. It's been a topic of research for years. According to early findings, the mechanisms people are using to cope with the coronavirus crisis are no different to those resilience researchers observe in other crises.

That includes so-called perceived social support. "If I feel socially supported, if I feel like I have a network, perhaps of family, friends or colleagues, who could help me in times of need, then that seems to really have a very soothing influence," Kalisch said. But lockdowns made exactly this sort of social contact more difficult. "Whoever was able to feel socially supported despite these barriers seemed to get through the crisis somewhat better," Kalisch said. 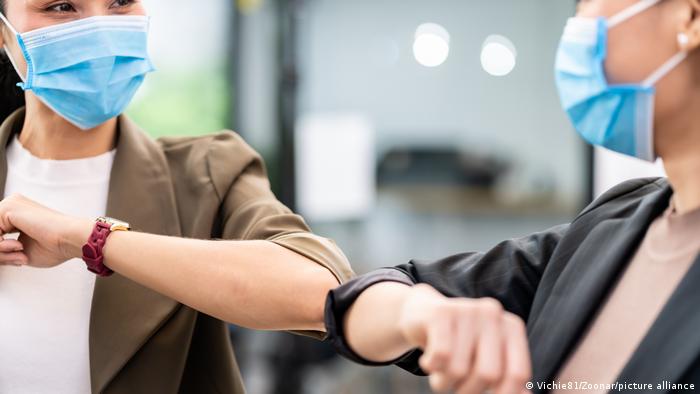 A network of friends provides much needed social support

That's an experience had by Karin Krubeck from Bonn. The 51-year-old describes herself as happy in her own company. But when lockdown loomed earlier in the year, she was worried that she would become too isolated as a single person living alone. She talked through these worries with her four best friends, and as a result these friendships became even closer than before.

It meant that, in their frequent telephone and video calls, the friends were much more honest about how they were feeling. Sometimes they'd call just to say a quick good morning and give each another a nice start to the day. Even though Krubeck, who advises restaurants on online marketing, has suffered financially due to the pandemic, she takes something positive from it. "I've realized I have a stable social network — something I didn't really know before and which I also count on more now."

Researchers who study resilience call the ability to see an opportunity in a crisis "positive appraisal."

"That doesn't mean to be naïve and fall into every trap that life sets you," says Kalisch from the Leibniz Institute for Resilience Research. "It's about being able to see the problems and risks, react to them accordingly, and not become helpless."

Reasons to be grateful

It's not yet clear what effects the ongoing pandemic will have on the mood of the people in Germany. The fact is the country hasn't had so many people go through a crisis at the same time since the end of World War II.

The art scholar Sarah Ahlert observes that many people she knows are reflecting on how good they have it. That, too, is a way to overcome a crisis, says Kalisch: the ability to change perspectives and try to find things to be grateful for.

*The real name is being withheld due to the request of the individual.

This article was translatedd from German.

Coronavirus: Tips for a happy relationship — even during lockdown

Having a good relationship is no piece of cake even in normal times. Lockdown doesn't make it any easier, with its psychological stress and restrictions on social contacts. So how can relationships still thrive?

Patricia and Mathilde wanted to work abroad, while Christian had planned to take part in international music competitions. The coronavirus pandemic has forced them to change their plans. How are they coping?

One year ago, ophtalmologist Li Wenliang was the first to share information about a SARS-type lung infection with colleagues in Wuhan. Since then, researchers have learned a lot. Here are the most important points.