Coronavirus: How German protesters are trivializing Nazi-era persecution | Germany | News and in-depth reporting from Berlin and beyond | DW | 28.11.2020 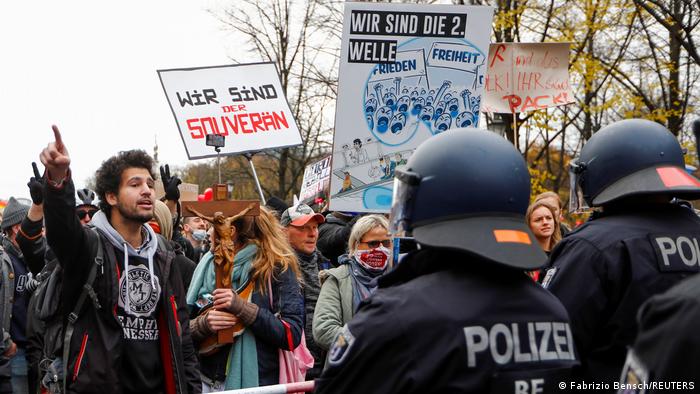 At one demonstration last weekend, a young woman, who introduced herself as "Jana from Kassel" drew a shocking parallel: "I feel," she said, "like Sophie Scholl because I've been active in the resistance movement for months." Sophie Scholl and her brother Hans founded the White Rose group in 1942. Together with other members of the group they were arrested and executed after being caught distributing anti-Nazi leaflets.

Michael Blume, Anti-Semitism Commissioner in the southern state of Baden-Württemberg, told DW how historically unfounded he believes the comparison to be: "In an honest comparison, the woman would immediately have had to concede that Sophie Scholl would never have been able to take part in an officially-registered demonstration. Indeed, a demonstration under police protection." 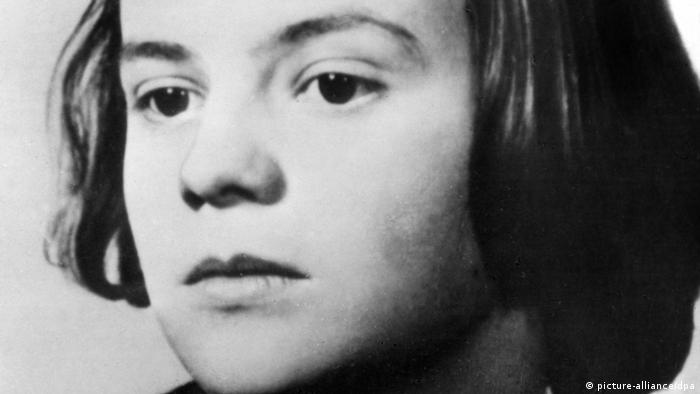 Student Sophie Scholl was executed by the Nazi regime

At another gathering, a girl of just eleven explained how in response to a ban on large social gatherings, she apparently celebrated her birthday in secret in order to avoid being snitched on by the neighbors. "I felt like Anne Frank when she had to stay quiet as a mouse to avoid being exposed."

And some protestors have held up placards reading: "Anne Frank would have been on our side."

Anne Frank was a young Jewish girl who, together with her family, spent months in hiding in German-occupied Amsterdam before she was betrayed and later murdered in a concentration camp.

No comparison too absurd

These are just two examples of how opponents of coronavirus restrictions have instrumentalized history by drawing false comparisons between themselves and victims of Nazi persecution and terror. Protesters have also worn Stars of David — like those that Jews were forced to wear by the Nazis — carrying the wording: "ungeimpft" ("not vaccinated.")

"Comparisons of this kind are intended to suggest that restrictions on people's fundamental rights imposed in response to the coronavirus pandemic might lead to a 'corona dictatorship' that will turn people into victims in just the same way as the persecution and annihilation carried out by the Nazis," says historian Jens-Christian Wagner. He adds: "It all makes an appalling mockery and a trivialization of the crimes committed by the Nazis." 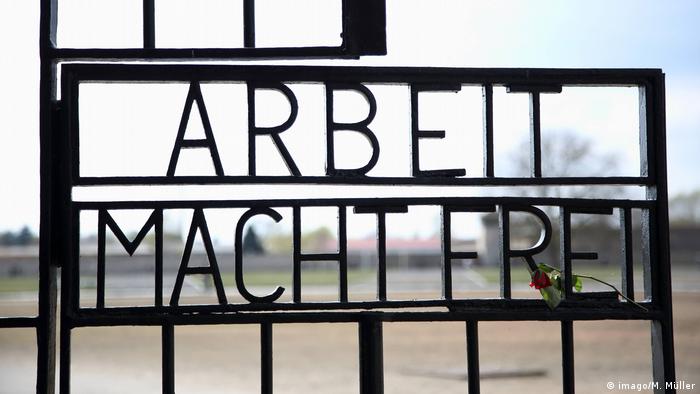 Michael Blume calls it, "victim envy and guilt reversal." It is not only that the demonstrators, "themselves want to be recognized as victims." It is also that Jews are accused of stoking a "culture of guilt" and joining forces with the democratically-elected government, which is in turn identified with the Nazis."

The protesters have adopted the German term "Querdenken" ("lateral thinking") to style themselves as a shunned and an oppressed segment of society that is willing to go against the Berlin establishment on how best to tackle the coronavirus crisis.

Click onto the "Querdenken" Website and this is what you will find: "We are democrats. In our movement, there is no place for right-wing extremism, left-wing extremism, fascist or inhuman tendencies."

Still, people are repeatedly seen at their gatherings bearing the black-white-red Imperial Flag widely associated with radical nationalism. "Querdenken" founder Michael Ballweg rejects suggestions that the movement has too much in common with right-wing extremists: "We can't stop individuals with extremist views from taking part in our rallies."

Historian Wagner believes the danger posed by movement should not be played down. It remains, he says, "very heterogeneous. But what brings all the different strands together is openness towards the right — and a willingness to spread conspiracy theories."

Felix Klein, Germany's national Anti-Semitism Commissioner, says the spectrum of views among coronavirus deniers includes: "esoteric enthusiasts, non-medical healers, peaceniks, members of the 'Citizens of the Reich' movement, and unabashed right-wing militants — all using the demonstrations to mobilize their followers."

There are also overlaps between the anti-coronavirus movement and the largest opposition group in the German parliament, the far-right Alternative for Germany (AfD). Their members in the Bundestag have compared the government's Infection Protection Law with the Enabling Act of 1933 that allowed Hitler to seize absolute power in Germany.

Even before the outbreak of the coronavirus, the AfD had already tried to identify figures from anti-Nazi resistance circles with their party. Among them: Claus von Stauffenberg, the German officer who played a central role in the 1944 attempt to assassinate Hitler. In 2017, a regional chapter of the AfD used the following slogan: "Sophie Scholl would have voted AfD." And next to a photo of Scholl — a quote from her: "Nothing is less worthy of a people of culture, than submitting without resistance to an irresponsible ruling clique that is in itself in the grip of dark instincts." 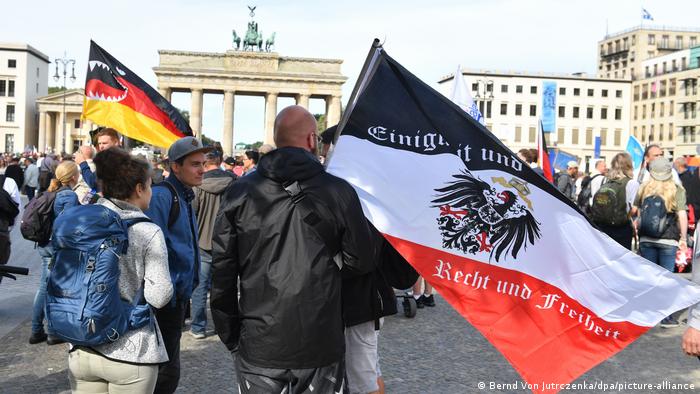 Jens-Christian Wagner believes that Jana, the young woman who made the controversial comparison, "really does see herself as part of a tradition that goes back to Sophie Scholl." And, he says, this shows that it's simply not enough to just learn names and dates from history. What we need, especially in our schools, is to teach an awareness of history. "Which means understanding historic processes as well as causes and consequences. That is, understanding how our own lives are determined by history."

But Stephan Kramer, head of the Office for the Protection of the Constitution in the eastern state of Thuringia, says the young women's failure to understand the gravity of her remarks is no accident: "It's the perfidious result of a long chain of shifts in the discourse and deliberate historical revisionism based on the teachings of the New Right," for which, says Kramer, young people are especially receptive.

Read more: Germany steps up the fight against Holocaust denial

Historian Jens-Christian Wagner, meanwhile, asks whether there might be a fundamental problem in Germany's culture of commemoration: "Have we tended to focus too much on identifying with Nazi persecution and terror rather than asking why these people became victims?"

We must, he concludes, also try to understand what motivated the perpetrators, "and why under the Nazis most Germans were more than willing to play their part. This may also help to understand why Jana from Kassel identifies so fervently with the victims that she sees herself as persecuted."