Coronavirus: Fear and confusion over looming border closures in tri-border region | Germany| News and in-depth reporting from Berlin and beyond | DW | 28.09.2020

People in the area where Germany, Belgium and the Netherlands meet are worried about the rise of coronavirus cases. Vastly different and ever-changing regulations make straddling three countries almost impossible. 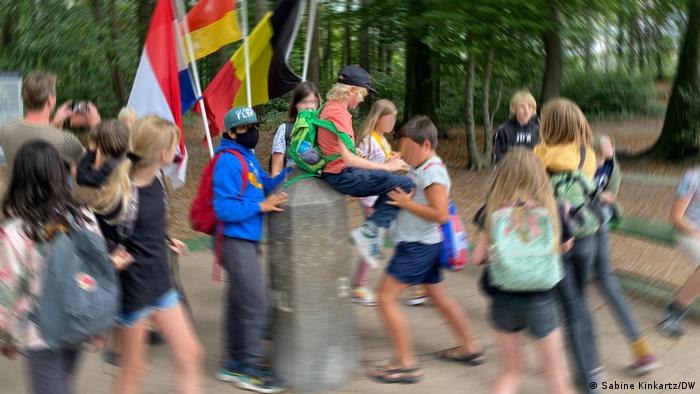 It's a lovely autumn day on the Vaalserberg, a hilly forest area shared by three countries: Germany, Belgium, and The Netherlands. Tourists are strolling around. The borders are invisible, people can cross them back and forth as they please.

The actual Vaalserberg at 322 meters (1,056 feet) is the highest peak in the otherwise flat Netherlands, where anti-coronavirus measures are lax. Visitors stand close together taking photos, before crowding into the small restaurant serving Dutch specialties like Poffertje pancakes and waffles. None of them are wearing face masks, which are only required on public transport in the Netherlands. 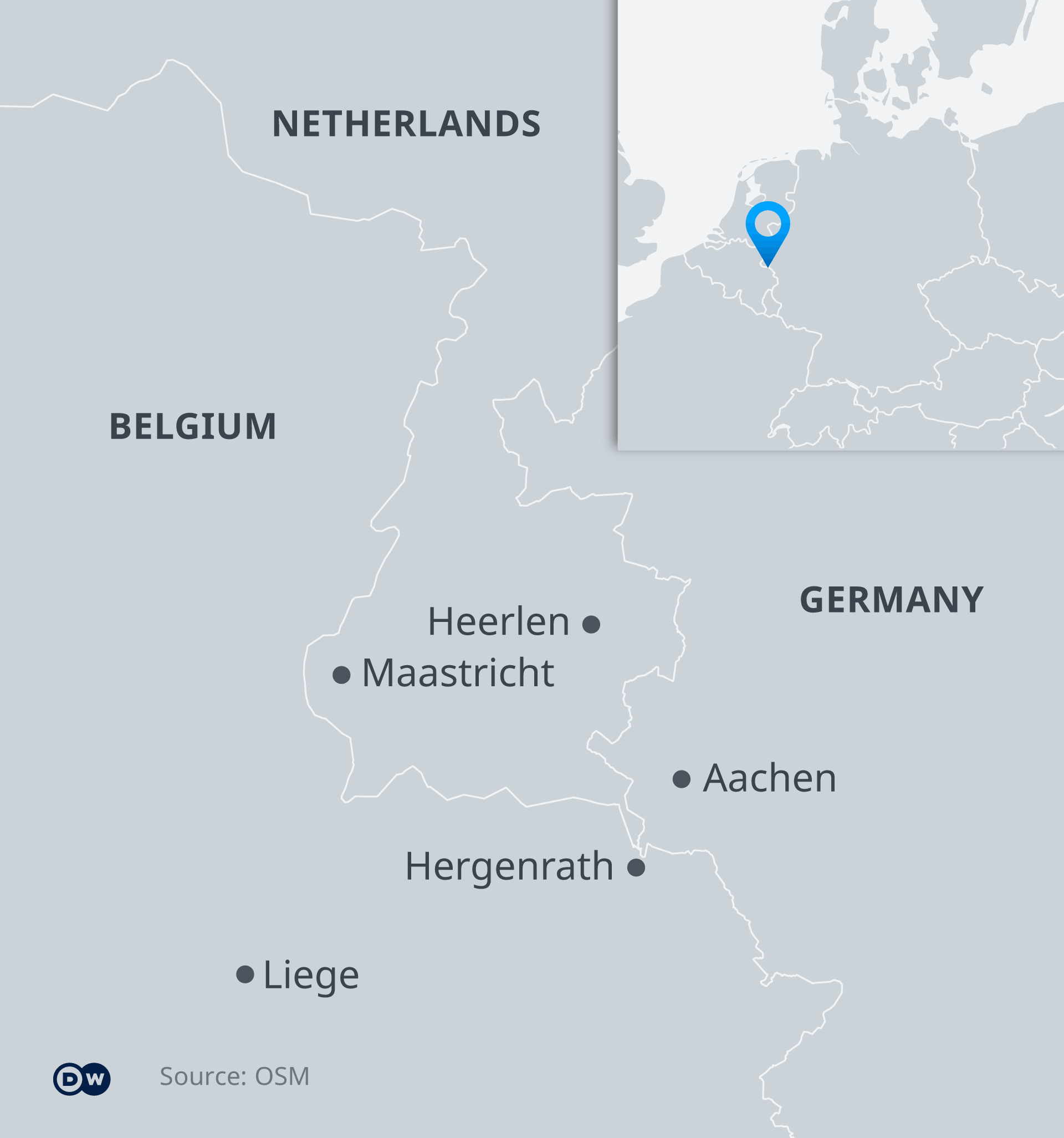 The "tri-border region" is home to two million people

Some children jump around a large rock marking the point where the three countries meet, surrounded by the three flags. "I'm in Germany!" " I am in Belgium!" "Now I'm in the Netherlands," they shout as they hop around the rock.

While hopping across borders may be a merry pastime for children, it also poses a serious headache for health authorities. The three countries have very different approaches to fighting the pandemic. Two million people live in the area, which Germans refer to as the "tri-border region."

Belgium has the strictest rules of the three, the Netherlands the most lenient ones. But the situation keeps on changing and it is hard for people living in the region to keep up.

Everyday life across the borders

Earlier this year Belgium closed its borders. Exceptions were made only for the 6,000 Belgians who cross the border each day to get to work in Germany, and for students who had to sit final exams in their schools on the German side.

Elvira Ney is a pensioner living in Hergenrath, a small German community on the Belgian side of the border. At age 83 she still regularly drives her car across the border to the German city of Aachen, which is only 8 kilometers (5 miles) down the road. There she meets her girlfriends and goes shopping or to the dentist. 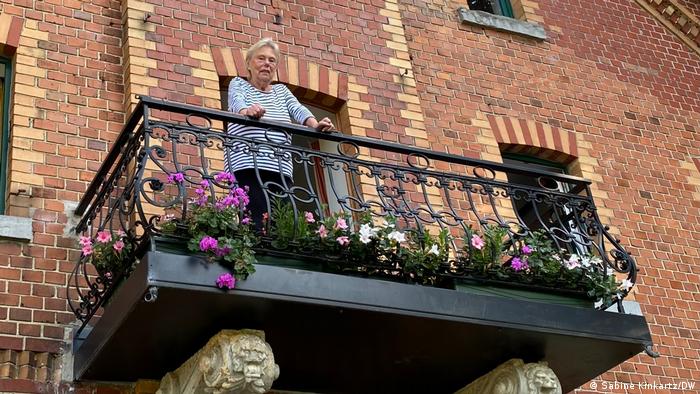 Elvira Ney lives in fear of a fresh border closure

In the weeks when the border was closed none of that was possible and Elvira felt cut off, she says. The only exception was when she was permitted to cross into Germany to buy her medication at a pharmacy there.

On that trip she secretly stopped off in a German supermarket for some of her favorite food, she says with a cheeky grin. She knew it was illegal to bring food across the border at the time and that she could have been fined €250 ($290) had she been found out by the border guards. But she just showed them the bag from the pharmacy and was waved through.

"My daughter lives in Aachen and was not so lucky," she says. "She was caught smuggling food into Belgium. She had to clear out her car and throw everything away," Elvira recalls.

Read more: Coronavirus reinfections confirmed in the Netherlands and Belgium

Over the last three months, the borders have reopened. But the infection rate in Belgium has since soared and politicians there are considering fresh border closures.

"In my opinion that would send a completely wrong message," says German politician Tim Grüttemeier in Aachen, a representative of the 550,000 people living on the German side of the tri-border area.

"In this day and age of a united Europe just closing down borders and implementing national measures should not be an option to stop the spread of a virus, which doesn't stop at borders anyway," says Grüttemeier, adding that he cooperates more closely now than ever before with his Dutch and Belgian counterparts. 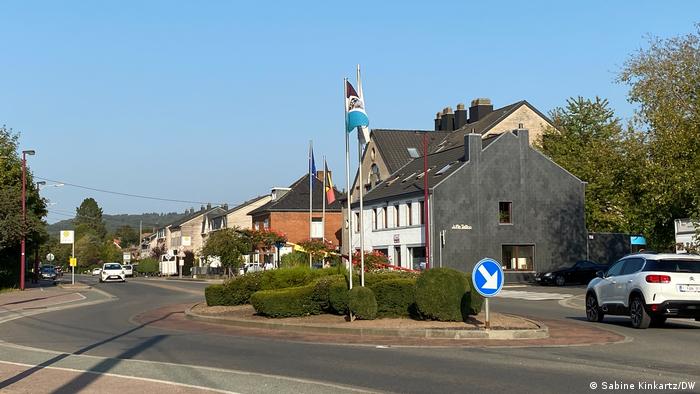 The border crossing between Germany and Belgium is almost unnoticeable

Grüttemeier points to the infection rate in the border region, which is still relatively low and a far cry from the numbers in the capital Brussels, which has been declared a coronavirus hotspotby the German Foreign Ministry, based on figures from the German Robert Koch Institute (RKI).

"I think people on all sides of the borders are equally worried, we can all see how the numbers are rising," says Grüttemeier. And everywhere, he points out, people became more carefree over the summer.

"That's not really surprising," he says. "Coronavirus restrictions are getting on everyone's nerves. But we need to stay vigilant."

Young people are being blamed for the fresh rise in numbers. After pubs and clubs had been shut, they took to gathering outside — sometimes in their hundreds. The Dutch town of Maastricht, close to the German border, is no exception. The city is home to 25,000 university students and the banks of the river Maas have developed into a party location.

"There is always something going on there," says 19-year-old Henni. The German national moved into shared accommodation and started her studies in Maastricht in September.

"The police stops by every now and then and reminds us to keep a distance of 1.5 meters to other people, that's all," she says.

Keeping a distance is the main anti-coronavirus measure in the Netherlands. 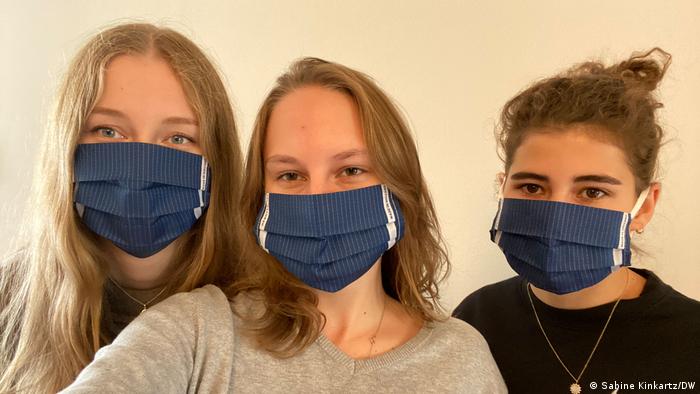 German students Louisa, Emma and Henni are critical of the lax coronavirus regulations in Maastricht

"At first, I found it really weird that unlike at home no one was wearing masks in the shops here," Henni's friend Louisa, a 19-year-old from Germany, recalls. She says it made her feel uncomfortable because she believes wearing a mask reminds people to be careful.

"Here in Maastricht you could think, the pandemic is already over," she says.

The Netherlands restricts the number of people who can meet in closed spaces: A maximum of six people for private social gatherings.

But Louisa and Henni say this is violated all the time. They have seen the photos from some of their peers on social media, with people crammed together dancing on tables. On an evening stroll, they passed a window, behind which someone was throwing a party with loud music and even a disco-style mirror ball.

This is in stark contrast to the situation in Maastricht's actual university building. You need a pass to gain entry, arrows on the floor designate a new one-way system designed to keep people apart. And most classes are held digitally, anyway.

The infection rate in Maastricht is on the rise. So in anticipation of another lockdown, German students there are thinking about leaving for Germany.

"I want to be at home in Aachen with my boyfriend at the weekends," says Emma.

And Henni and Louisa say they'd also rather be with their families. "Imagine if my parents or grandparents were to fall ill and I would not be able to cross the border to be with them, that's a terrible thought," says Henni.

When push comes to shove, the German students all want to be on the German side of the border — back home with their families.

From Aachen to Maastricht

From Aachen to Maastricht