The lockdown is set to last for two weeks, with residents only leaving their homes for necessary trips. Meanwhile, Italian nightclubs are hoping to open again by the start of July. Follow DW for the latest. 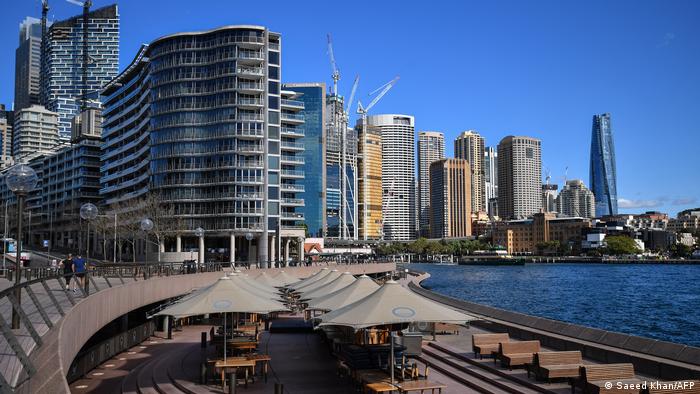 Australia has recorded 80 cases of the delta coronavirus variant

The eastern Australian city of Sydney entered a hard two-week lockdown on Saturday, as authorities grapple with the rapid spread of the highly transmissible delta variant.

Parts of the city were already under lockdown due to the outbreak, but health authorities said cases and exposure sites were increasing too quickly.

"Even though we don't want to impose burdens unless we absolutely have to, unfortunately this is a situation where we have to," said New South Wales state Premier Gladys Berejiklian.

"The figures are quite low by global standards but they are enough to scare the New South Wales government into serious action," journalist Roger Maynard told DW. "Australians escaped the full wrath of the pandemic but they are worried about it starting now." 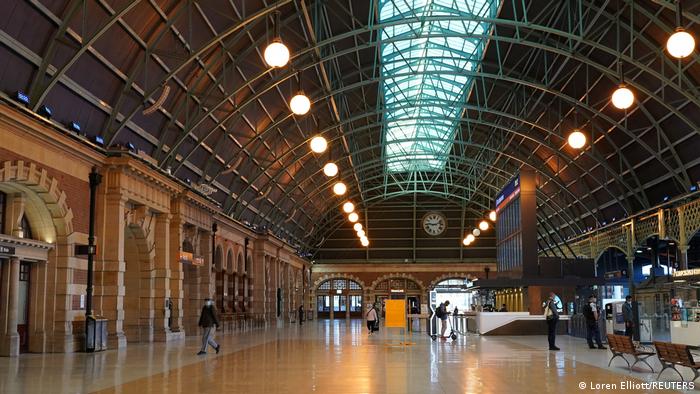 Sydney's central station is empty, as people are urged to stay home

Saturday's lockdown in New South Wales will also include the regions of Blue Mountains, Central Coast and Wollongong, which surround Sydney, a city of 5 million people.

Australia has recorded more than 80 cases of the delta variant. The country has reported just over 30,400 cases and 910 deaths since the start of the pandemic.

The increase in cases prompted New Zealand to suspend its quanrantine-free travel bubble with Australia for three days amid fears it could spread between the two neighbors.

Club operators in Italy are hoping to open their doors by early July. Italian media reported that the experts of the scientific council at the Ministry of Health had given the green light for a limited reopening at the start of next month.

The panel recommended dance club operation for those in parts of the country where the virus incidence is at its lowest nationally. The clubs will be able to open at a maximum occupancy rate of 50%, the ANSA news agency wrote.

Only those who can prove they have been vaccinated, have recovered from coronavirus, or have a negative virus test will be able to enter the clubs. However, the government still has the final say in the matter.

Economy Minister Giancarlo Giorgetti welcomed the experts' stance. "On Monday we will ask to set a date for the opening," he announced on Friday evening. Italy was one of the European countries hardest hit by the pandemic, reporting over 4 million cases and 127,000 deaths.

Germany's infection rate has nearly halved in the last week, with just 592 new infections reported on Saturday, compared with 1,108 the previous week.

The seven-day incidence rate is also just 5.9 per 100,000 people. The country also reported 68 new deaths, compared with 99 deaths last Saturday. Germany has reported over 3.7 million cases and 90,746 deaths since the start of the pandemic.

Germany's vaccination drive also received a boost on Saturday when the country's health ministry said that Moderna would deliver more jabs than expected.

Portugal's health authorities said on Saturday that more than 70% of coronavirus cases in the city of Lisbon and the surrounding area are caused by the delta variant. Officials said the variant, first identified in India, represents just over half of all cases nationwide.

Finland has recorded a spike in coronavirus cases, that it is being blamed on returning soccer fans from a Euro 2020 tie in St Petersburg, Russia.

The Finnish Institute for Health and Welfare on Saturday urged "all passengers who have traveled from St. Petersburg to Finland by any bus company to apply for a coronavirus test."

Indonesia recorded its biggest daily increase in new COVID cases, with 21,095 new infections, bringing the official total to 2,093,962. Health authorities also recorded 358 new deaths overnight, taking the total to 56,729. Indonesia, with a population of over 270 million, has the highest number of virus cases and deaths in Southeast Asia.

Bangladesh has announced it will impose a new lockdown on Monday, following a "dangerous and alarming" surge in delta variant cases.

All government and private offices will be shut for a week, and only medical-related transport will be allowed, the government announced on Friday.

"No one can step out of their homes except in emergency cases," a statement said.

Health department spokesman Robed Amin said police and border guards would be deployed to enforce the lockdown and the army may be involved if needed.

On Friday, Bangladesh recorded almost 6,000 new cases and 108 fatalities, its second-highest daily death toll yet in the pandemic.

Taiwan reported its first domestically transmitted case of the delta variant. In response, the island nation tightened controls in the southern part of the country, as it battles a cluster of domestic infections.

Six people were confirmed to have the delta strain of the virus, including two who returned this month from Peru, said Health Minister Chen Shih-chung.

Taiwan, a country of 23.57 million people, has recorded 14,545 infections and 623 deaths since the start of the pandemic.

New coronavirus infections in South Africaappear to be dominated by the delta variant, scientists said there said on Saturday.

South Africa is the continent's worst-affected nation in terms of coronavirus cases and deaths.

It accounts roughly a third of confirmed infections and more than 40% of the deaths recorded across Africa, although the quality of data varies from country to country.

Mexico announced it will reopen two temporary wards to handle a resurgence in cases, following months of closing temporary hospital spaces due to a decline in infections.

The Mexican Social Security Institute said the two temporary 30 and 40-bed wards will be opened in covered areas in parking lots of hospitals in the state of Baja California Sur.

Nationwide, the number of cases has increased by 14% compared to last week. Mexico has recorded over 232,300 deaths, but the government's own estimates put the real toll at around 360,000. The country has a population of 127.6 million.