The Chinese government has reacted furiously to WHO's proposal to audit the country's labs, branding it as "arrogance towards science." 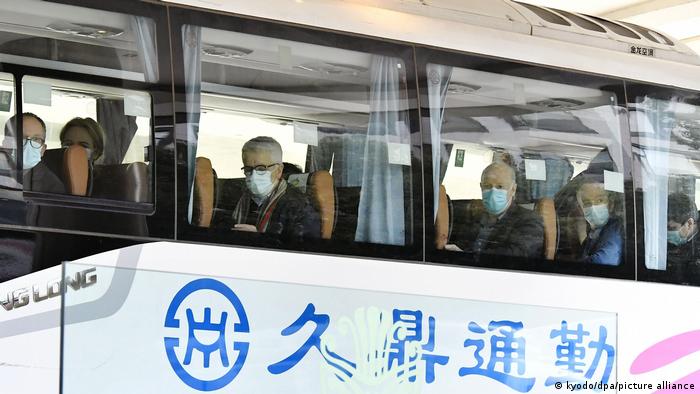 China angrily rejected a proposal by the World Health Organization (WHO) to let the agency's experts inspect China's biotech labs as they investigate the origins of the COVID-19 pandemic.

The theory of the coronavirus originating in a Chinese lab had been  repeatedly dismissed as a conspiracy by most public officials and reporters. But the stance on issue has shifted with United States urging a full investigation.

Last week, Dr Tedros Adhanom Ghebreyesus, who leads the WHO, called for more access and transparency from China, as well as "raw data."

The WHO said any inquiry must include a full audit of research laboratories "operating in the area of the initial human cases." First cases were identified in December 2019 in the Chinese city of Wuhan, with proponents of the lab leak theory focusing on the Wuhan Institute of Virology as a possible origin point.

How has China responded?

Zeng pointed to a joint WHO-China mission in January that failed to conclude that the virus leakedfrom the Wuhan Institute of Virology.

But that mission faced criticism after some members of the team complained about the level of access that was given to them by Chinese authorities, who closely monitored the investigation.

Zeng attacked the "rumors" about the lab, saying it has "never carried out gain-of-function research on coronaviruses."

China's state media has suggested an alternative theory, without providing any evidence, that coronavirus emerged from a US military research lab in Maryland.

What's to make of WHO probe into pandemic's origins?

The Global Times, a newspaper that's considered a mouthpiece for the Chinese government, claimed it had collected five million signatures for a petition to investigate the lab in Fort Detrick.

The World Health Organization has no formal powers to force Beijing to cooperate.

But the United States is stepping up diplomatic pressure with US Deputy Secretary of State Wendy Sherman traveling to China this weekend for talks.

US President Joe Biden ordered intelligence officials to "redouble" efforts at the end of May to investigate the origins of Covid-19, including the theory that it came from a laboratory in China.

He said the US intelligence community was split on whether it came from a lab accident or emerged from human contact with an infected animal.

They are expected to report back to President Biden by the end of August.