One goal and two assists from Lionel Messi ensured a spot in the final for Argentina where they'll face either Chile or Colombia. Should they win the competition on Monday they'll match Uruguay's record of 15 titles. 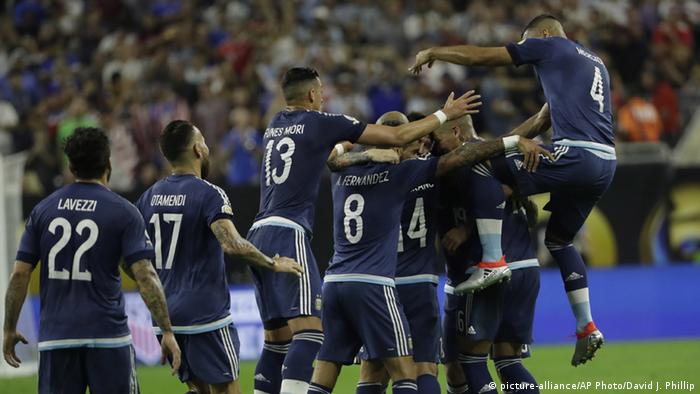 Argentina made short work of the United States on Tuesday night, beating the Copa America hosts 4-0 to reach the final of the competition in its 100th year.

Lionel Messi was at his very best throughout, putting the US to the sword just three minutes in when he set up Ezequiel Lavezzi for the opening goal. He then scored a superb free kick on 32 minutes, before another assist just minutes from full time to give Gonzalo Higuain his second goal of the night.

The Barcelona forward has now scored more international goals for his country than anyone else, with 55 in 112 games.

Messi's goal in the semi-finals was his fifth of the tournament, putting him second only to Eduardo Vargas at the top of the goalscoring charts.

"He's one of the - you could say the best player in the world," defender Geoff Cameron said.

"We didn't do ourselves any favors. Yeah, you can pat ourselves on the back and be happy we got here in the semifinals. Obviously it's a massive achievement. But saying that, we didn't perform as well as we should have or could have, and we'll look back and be disappointed for sure."

"We had far too much respect"

Yet US head coach Jürgen Klinsmann was far more pragmatic in his post-match comments, arguing that his side showed far too much respect to Messi and his compatriots on the night.

"I think you could clearly see when we went 1-0 down, we had far too much respect and they were able to play their game," Klinsmann said. “Hopefully we can play these teams every year. When you play them on a regular basis, I think the respect gets smaller and smaller." 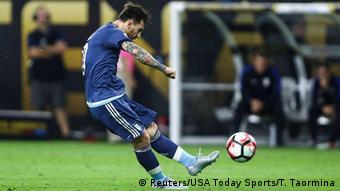 "The more often we can play this caliber of team, the more we're going to learn and the more the players will be confident to take them on," he added. "This is just a process. If we can get a friendly with Argentina or Brazil let's do it. Even if we get given a lesson here and there, it's part of our process. I think our players learned a lot tonight."

Argentina will face the winner of the corresponding semifinal clash between Colombia and Chile. Should they be tasked with facing the latter it will set up a replay of the previous Copa final in 2015, in which Chile eventually beat their South American rivals on penalties.

Should Gerardo Martino's side win the final they would be crowned Copa America champions for the fifteenth time, matching Uruguay's total trophy count and putting Argentina six ahead of World Cup leaders Brazil.